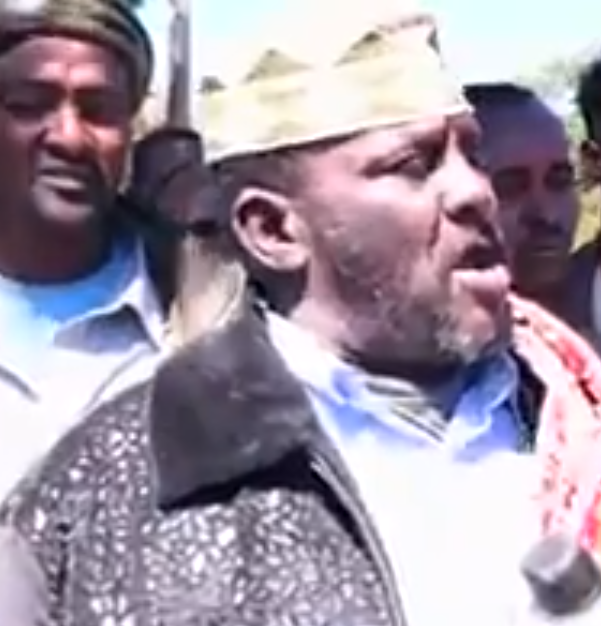 The ex-army deserter who turned a rogue militia leader was escorted under armed guard to the Ethiopian border following a handover of part of his vehicles and armed militia earlier in the week.

Although the militia leader claimed he was transferring ‘800 infantrymen and their vehicles’, neither nor his supporters were able to parade more than 180 – many of whom collected from nearby scratch farms and the countryside as sources close to the ex-officers disclosed.

The President of the Republic of Somaliland, Musa Bihi Abdi, granted ex-colonel Saeed Awil Jama ‘Arre’ a negotiated pardon one of whose conditions, reportedly, was that he leave the country.

The-army-officer-turned-renegade’s skirmishes largely centred on fighting clan warfare during the past two or so years ending in establishing a hideout in the mountains near Erigavo where he was protected by an on-going mediation with the government on his behalf by prominent members of his clan to avoid further bloodshed.

Since then, members of his militia absconded with three of the worn-out battlewagons he was supposed to transfer to the army scenting government bribes processed and reportedly pocketed by their now ailing, old leader. The cars were driven all the way to the border town of Buuhoodle where, reports indicate, the units who hijacked put them on sale to the highest bidder – a transaction that has all the makings of another failure.

Unofficial sources reveal that the ex-renegade was released several hundred thousand hard-earned public funds which were in no way justified by either the number of armed militias turning their weapons or number of vehicles submitted.

The settlement, if confirmed, sets a dangerous precedent presaging more bogus militias mushrooming all over the place with more bogus traditional leaders and Diaspora saboteurs either supporting them or fronting for them to effect further settlements – settlements that will see no end once started.