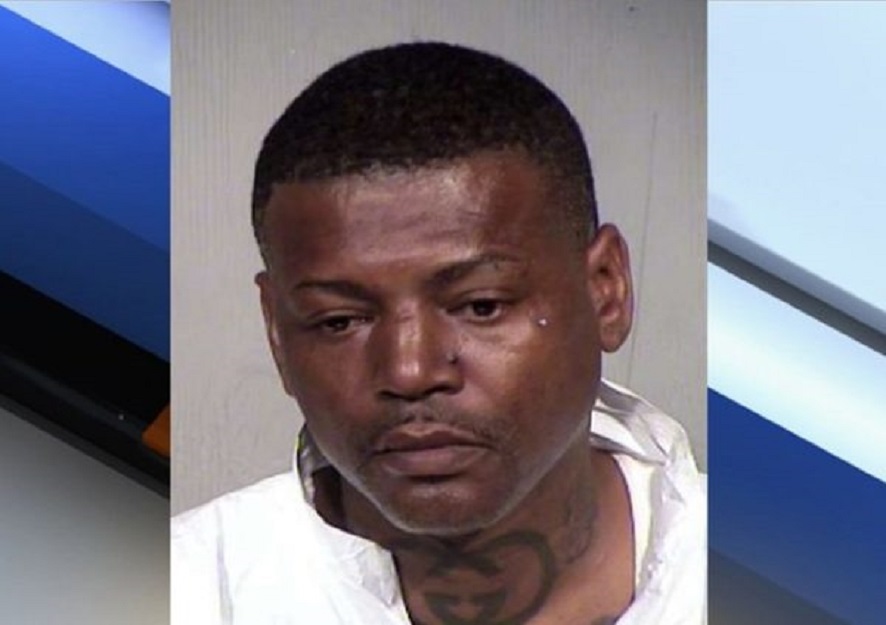 The universal code demands balance for the sane interaction among humans as well as their interaction with the environment.

But a 40-year-old is finding out the hard way he wasn’t to take the law in his own hands and beat Leon Leevon Armstrong, 27, to death for attempting to pry on his daughter in a bathroom stall at a convenience store.

Melvin Harris III was informed by his 16-year-old daughter that a man attempted accessing the bathroom stall she was using at the QuickTrip convenience store in Phoenix, Arizona.

Upon the discovery, Harris III then accosted 27-year-old Armstrong in the parking lot of the store and repeatedly kicked and stomped on the man, according to witnesses.

Armstrong died of brain swelling, a nasal fracture and loss of oxygen days after the attack. The incident which happened last August has now led to Harris receiving an eight-year jail term having pleaded guilty to manslaughter.

While the deceased Armstrong had a criminal history, Harris III despite his fury and outrage upon hearing he had tried to break into the bathroom stall his daughter was using, should have left the handling to the security guards and police who were alerted.

Harris was originally charged with second-degree murder but he accepted a plea deal which saw the charge reduced to manslaughter.

Harris had collected his daughter and her friends from work. They had stopped at the convenience store for a soda and so the girls could go to the bathroom. As they were inside the store, Armstrong approached Harris in his vehicle, asking for money.

After his arrest, Harris’ fiancee spoke out in his defense. She said he was merely protecting his daughter.

“According to police documents, the enraged father went inside and “told a security guard he needed to take care of the situation, or [Harris] would do it himself.” The guard told Harris he would handle it, but the father then went outside and got in his car and drove to a gravel area where Armstrong had walked to after being evicted from the store. Harris then got out of his car to confront Armstrong, whereupon witnesses say he punched the alleged creep in the face, knocked him down, and beat him up some more.

Harris told authorities he was only trying to protect his daughter, adding that Armstrong swung at him first upon being confronted, the Arizona Republic reported.

He also denied striking the man once he was down.