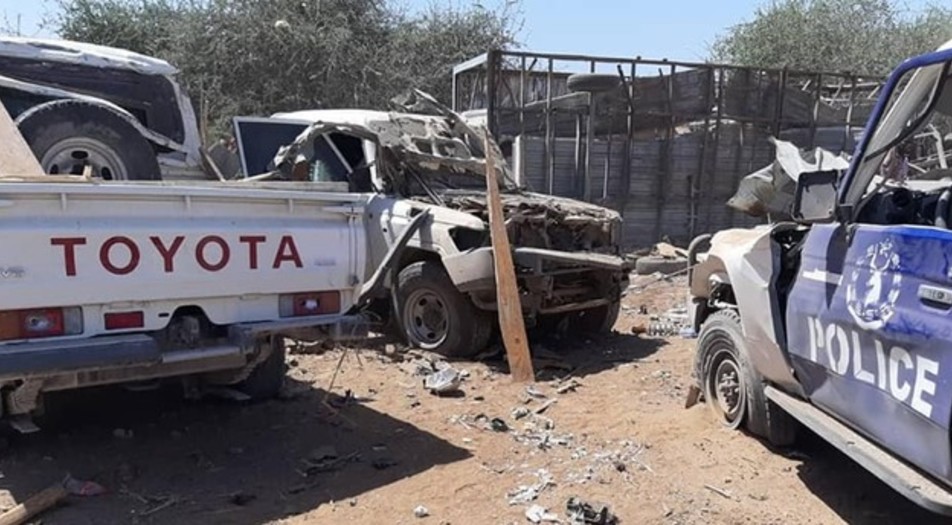 An Al Shabaab suicide bomber targeting Turkish road engineers and their crew kills 3 and injures 9 more two of whom reported in critical conditions.

A number of vehicles and structures were seriously damaged, too.

The Shabaab suicide bomber rammed into a checkpoint at the entrance of a camp the engineers set up at a place called Boobboodka near Afgooye town, 30 kilometres southwest of Mogadishu, the Somalia federal government seat. The raid happened at lunchtime for maximum effect.

According to a tweet the Turkish Health Minister, Dr Fahrettin Koca, posted at least two of the Turkish engineers were in serious condition. Other sources reported that they would be airlifted to Turkey as soon as possible in the coming few hours.

Dr Koca put the number of Turkish engineers affected at 6.

Al Shabaab command, however, claimed they killed 2 Turks and 4 Somalis in the attack. The same report claimed that over 20 people – most of whom of the engineering crew – were injured.

This is the third attack targeting Turkish engineers since the devastating December bombing at the Ex-Control, Mogadishu, where two other engineers lost their lives. Over 100 Somalis were also lost to the attack on the end of the year.

Only 4 days ago, Al Shabaab made another attempt to cripple the morale the Turkish engineers building the Mogadishu-Afgooye road on Tuesday, 14 January. None of them lost their lives, then, according to the reports and none seriously wounded. A Somali lost his life.

Mogadishu has yet to release an official statement on the attack.