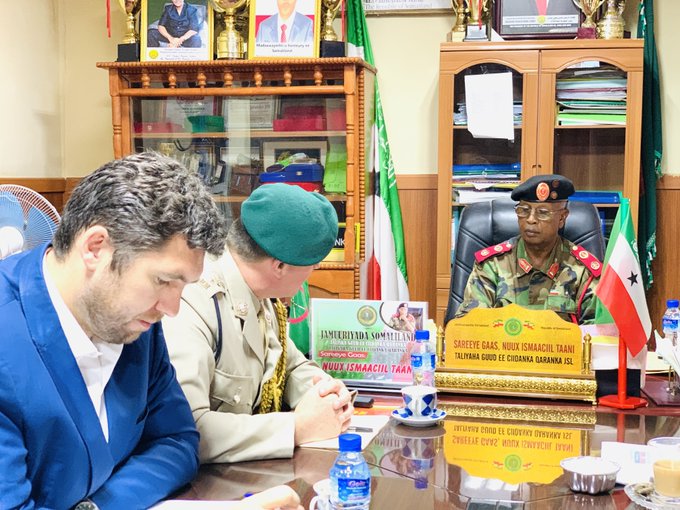 The newly appointed defence attaché at the United Kingdom Embassy for Somalia/Somaliland, Lt Col Huan Davies, arrived on an official visit to the Republic of Somaliland, Saturday.

The Attaché, it is reported, is following up on several security-related projects the United Kingdom partners with national agencies and security branches which cover defence issues, training, capacity-building in the form of offices and the like and, to a certain extent,  provision of basic supplies indispensable to peace and stability and the rule of law.

Lieutenant-colonel Davies met with the Somaliland Defence Minister, Abdiqani Mohamoud Atteeye, and the Army Chief of Staff, Major-General Nouh Tani, with whom he discussed defence matters of mutual concern and the strengthening of ties between the two sides besides an update of progress on programmes implemented.

Colonel Davies’ visit would give him the opportunity to sit with the many actors and partners with whom he shared lines of duty across the board.

Delighted to have introduced our new Defence Attaché, Lt Col Huan Davies, to Minister of Defence and Chief of Staff. Good discussions on UK’s long-standing support to the security sector in #Somaliland. pic.twitter.com/yvpWMqMDso

The UK funnels most projects through Axiom International. 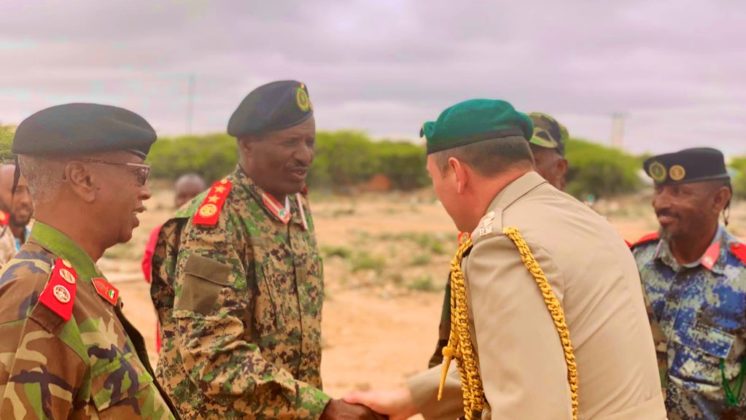