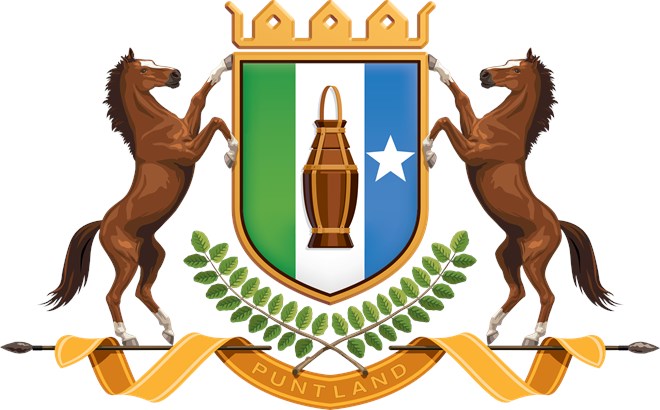 Puntland has on Thursday announced it shut down the office of Somalia’s National Independent Electoral Commission [NIEC] in its capital, Garowe amid rift over country’s new electoral law, Garowe Online reports.

The poll agency is facing unprecedented internal struggles, following the dispute between the federal government and regional states over an electoral bill that was passed recently by the Lower House Chamber of the Federal parliament and now at the Senate for approval.

NIEC is racing against time to prepare general elections in Somalia even though the political stakeholders – central government and Federal Members States, as well as the political parties, are to settle on the preferred model.

For more than five decades, Somalia is yet to hold any people-driven polls due to frequent Al-Shabaab threats and inter-clan conflicts, the UN noted.

Thursday’s closure of NIEC office in Garowe could trigger yet again heated political debate given that FGS has been at loggerheads with Puntland state over alleged internal interference by Mogadishu-based government.

Interior Ministry said: “The NIEC offices in Puntland remain closed until the controversial electoral law is mediated by both parties.”

Puntland, the statement added: “Remains committed to ensuring a common ground before the polls are struck on consensus.”

While the relationship between Puntland and FGS remains frosty, Mogadishu is yet to issue a rebuttal in reference to the latest predicament.

The closure of the office could derail efforts to register citizens for the much anticipated “winner-takes-all” polls scheduled for December.

What aspects are contested in electoral law?

In December last year, the Lower House approved the electoral law, which could become law once passed in the Upper House.

Of the 178 legislators, 171 endorsed the bill, which was drafted after a series of countrywide forums spearheaded by a parliamentary select committee.

But article 53 of the law has been subjected to immense condemnation from the opposition leaders and civic groups, who term it “draconian and untenable”.

In the event of natural calamities such as drought, diseases, and conflict, the current tenure of President and Parliament should be extended, the article reads.

Abdirahman Abdishakur, the Wadajir party leader, said: “This is a scheme to illegally extend the current term of leadership and should be rejected”.

President Mohamed Abdullahi Farmajo and the opposition are yet to agree over the clause, which the latter wants to be expunged forthwith.

Besides the electoral law and suspected plot to extend the current term of Parliament, the preferred model is yet to be determined.

For decades, Somalia has used the clan-based system to pick leaders, which is seen as “the basis for disputes” in national and local polls.

International partners and FGS have backed the “one-man-one-vote” model, arguing that it will “promote democracy” by allowing people to choose their leaders.

Donald Yamamoto, the US envoy said: “Leaders should support this model for Somalia to get back to their right track on governance”.

The US has also called for reconciliation between FGS and federal states arguing the move “will make it easier for one-man-one-vote polls”.

But the opposition team has recommended for comprehensive dialogue to solve the stalemate before the polls.

FNP leader Sharif Sheikh Ahmed, said: “The timeline for a winner-takes-all model is too short and could plunge the country to an unprecedented postponement of polls.”

Similar sentiments were shared by Mr. Abdishakur, who has been critical of the approach suggested by the international community and NIEC.

What’s the take of NIEC?

Although the NIEC is yet to issue a statement over the closure of the regional offices, the body has however expressed confidence in delivering polls.

Halima Ismael, the chair of the commission, on Thursday insisted that the body is prepared to deliver “one-person-one-vote polls amid insecurity in most parts of the country and Al-Shabaab still controls swathes of territory.

“NIEC reaffirms its commitment undertake a fair electoral process that delivers one-person-one-vote for all, once a timely electoral law is passed by houses,” she said.

The commission, however, depends on the enactment of the electoral bill, which the Upper House is yet to scrutinize and make a vote.

December polls have attracted interest from stakeholders, who are keen to push for democracy and stability in Somalia, which is fighting the ghosts of civil war.