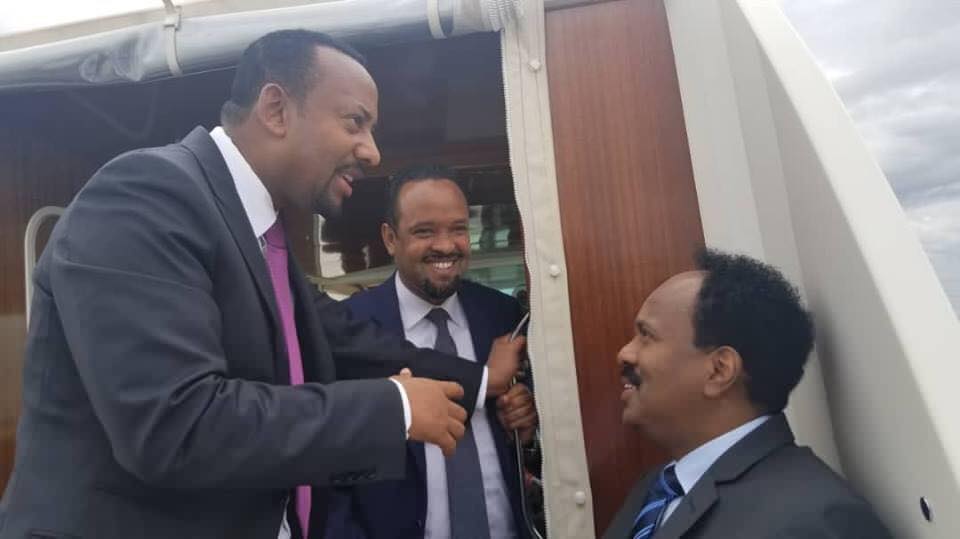 Abiy Ahmed is a man on a mission. He has reportedly let Somaliland authorities know he plans to bring Farmajo to Hargeisa whether Somaliland wants it or not.

Ethiopian PM Abiy Ahmed appears to have let the Nobel Peace Prize go to his head and may have forgotten an important rule of peacemaking: timing matters. Sometimes rushed reconciliation regardless of the good intentions behind it can lead to disaster.

Ethiopian Prime Minister Ahmed Abiy is on a high. In October 2019, the Norwegian Nobel Committee awarded him the Nobel Peace Prize “for his decisive initiative to resolve the border conflict with neighboring Eritrea.” The committee also cited Abiy’s work more broadly, helping restore Djibouti-Eritrea ties, mediate a maritime dispute between Kenya and Somalia, and facilitate the peaceful transition in Sudan.

The Nobel Peace Prize, of course, differs from all Nobel Prizes. Swedish organizations award the Nobel Prizes in literature, economics, and the sciences based on a life’s work. The Norwegian Nobel Committee, on the other hand, awards the peace prize based on aspiration and hope. This has led to a number of awards to individuals and organizations whose legacies did not live up to the Nobel committee’s aspirations. Indeed, it is not certain Abiy’s détente with Eritrea will last, nor that Ethiopia itself will remain stable and unified.

Alas, Abiy appears to have let the prize go to his head and, in doing so, may have forgotten an important rule of peacemaking: timing matters. Sometimes rushed reconciliation regardless of the good intentions behind it can lead to disaster.

Consider, for example, the tragedy of U.S.-Iran relations. It was not the Islamic Revolution which paralyzed relations between the United States and Iran. The U.S. embassy continued to function in the heart of Tehran for more than nine months after revolutionary leader Ayatollah Ruhollah Khomeini’s return. Rather, it was the hostage crisis. Few remember the spark that led to the seizure of the U.S. embassy. On Nov. 1, 1979, Carter administration national security adviser Zbigniew Brzezinski visited Algiers for a multilateral event during the course of which he met and shook hands with Mehdi Bazargan, telling the Iranian prime minister that the U.S. was open to resolving bilateral problems and bettering ties. Khomeini and revolutionaries in his circle were infuriated by the photo of the two officials meeting that made its way into Iranian newspapers and ordered the embassy attack as a way of derailing any rapprochement. Simply put, had Brzezinski not rushed diplomacy and been so public with his ambitions, there might not have been a hostage crisis, with all the second-order effects which follow.

Back to the Horn of Africa. It has now been almost 30 years since Somalia descended into state failure. Dictator Siad Barre fled the country, but he did not go quietly. Rather, he sought to wage genocide against the Isaaq clan, which predominates in Somaliland, the northern state of Somalia, which was for 76 years a British protectorate. In 1991, Somaliland reasserted its independence and had existed as an independent (albeit unrecognized) country ever since. Its social compact and democratic government largely shielded it from the chaos which afflicted the rest of Somalia. It never experienced the piracy in which neighboring Puntland participated. And while al Shabaab regularly stages attacks in the heart of Somalia’s capital Mogadishu, it has been 12 years since there was a similar attack in Somaliland.

Abiy, however, has decided that his Nobel mantle gives him a mandate single-handedly to reunite Somalia. Last week, Abiy brokered the first-ever meeting between Muse Bihi Abdi, Somaliland’s democratically elected president, and Mohamed Abdullahi Mohamed, known as “Farmajo,” who was selected to be Somalia’s leader in an election in which only 0.002% of the Somali population was allowed to vote.

Abiy likes Farmajo for the same reason Turkish leader Recep Tayyip Erdogan and U.S. Ambassador Donald Yamamoto do: because he is not known for an independent intellect and is pliable to their needs. In Somalia itself, however, Farmajo is widely despised for his ineffectiveness, venality, and corruption. He is hated even more in Somaliland.

Abiy Ahmed is a man on a mission. He has reportedly let Somaliland authorities know he plans to bring Farmajo to Hargeisa whether Somaliland wants it or not.

Not only is he a relative of the late dictator who brought ruin to Somalia, but he has unapologetically promoted Siyad Barre’s family in his administration. When Somalia opened an embassy in Washington last autumn, the ceremony featured a convicted war criminal best known in Somaliland for burning prisoners alive.

Abiy, however, is a man on a mission. He has reportedly let Somaliland authorities know he plans to bring Farmajo to Hargeisa whether Somaliland wants it or not. Local officials fear he may simply fly his official plane into Hargeisa’s airport with Farmajo as his passenger, symbolically asserting Farmajo’s authority into a region where the vast majority of people have never lived under Mogadishu’s grip and those who did associate it with war crimes and genocide. Abiy’s move would be akin to Russian President Vladimir Putin telling the Czech Republic that he is bringing Milos Jakes, Czechoslovakia’s last communist party chief, back to Prague whether the democratically elected government likes it or not.

In effect, Abiy’s naivete might destabilize one of the most strategic and secure regions in the Horn of Africa [Somaliland].

What is curious, however, is why Abiy believes such a move would bring peace rather than transform popular revulsion into violence. In effect, Abiy’s naivete might destabilize one of the most strategic and secure regions in the Horn of Africa. It could usher in chaos in the street and lead to violence. If Abiy’s success would mean damaging irreparably the Somaliland government’s authority and its ability to fight terrorism, prevent weapons smuggling, and be a buffer against the spread of al Shabaab.

That Abiy would risk such action for a photo-op suggests the Ethiopian prime minister puts ego above common sense and may be descending down the same path of self-destruction that led an earlier generation of African leaders to destroy their countries while glorifying themselves. For the sake of the region, let us hope that regional leaders, European officials, and Secretary of State Mike Pompeo will try to talk sense into Ethiopia’s egotistical leader before he makes a move, which can undo decades of progress and cost tens of thousands of lives.

Michael Rubin is a resident scholar at the American Enterprise Institute, where he researches Arab politics, the Gulf Cooperation Council, Iran, Iraq, the Kurds, terrorism, and Turkey. He concurrently teaches classes on terrorism for the FBI and on security, politics, religion, and history for US and NATO military units.

A former Pentagon official, Dr. Rubin has lived in post-revolution Iran, Yemen, and both pre- and postwar Iraq, and he spent time with the Taliban before 9/11. He is the author, co-author, and co-editor of several books exploring Iranian history, American diplomacy, Kurdish studies, and Shi’ite politics, including “Kurdistan Rising” (AEI Press, 2016), “Dancing with the Devil: The Perils of Engaging Rogue Regimes” (Encounter Books, 2014); and “Eternal Iran: Continuity and Chaos” (Palgrave, 2005).

Dr. Rubin has a Ph.D. and an M.A. in history from Yale University, where he also obtained a B.S. in biology.

Kenya: Why the KDF Fell at El Adde Somalia