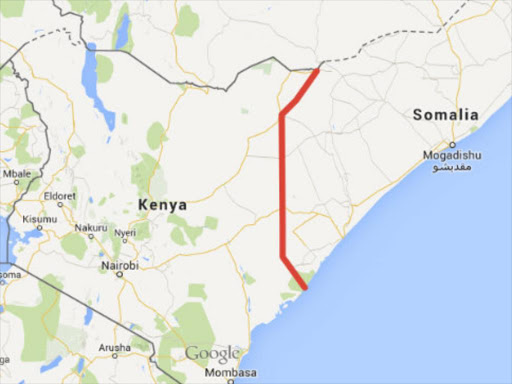 The Kenyan government through the Ministry of Foreign Affairs has dismissed the report from the Federal Republic of Somalia that Kenya is encroaching its borders.

A statement from the Somalia Ministry of Foreign Affairs dated February 27, had claimed that the move from the Kenyan government was undermining their stability and sovereignty. 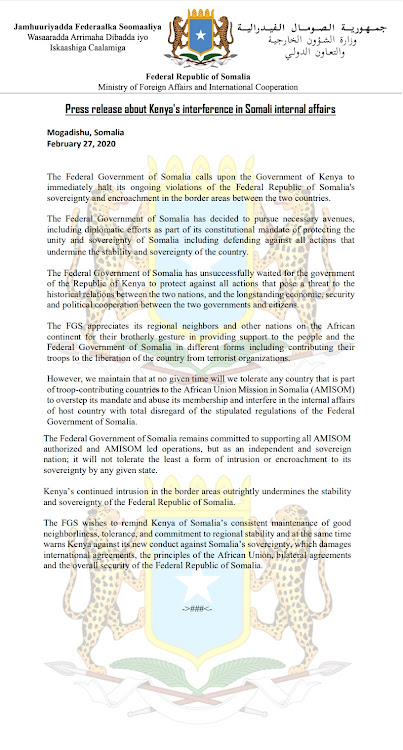 It had said that it was pursuing the necessary avenues, including diplomatic efforts as its constitutional mandate of protecting its unity and sovereignty.

“However, we maintain that at no given time will we tolerate any country that is part of troop-contributing to the African Union Mission in Somalia(AMISOM) to overstep its mandate and abuse its membership and interfere in the internal affairs of the host country with total disregard of the stipulated regulations of the Federal Government of Somalia,” part of the Somali statement read.

In response, the Kenyan government said that the allegations from the Somalia side were baseless.

“These baseless accusations are are part of a growing and persistent pattern of ill intent to use Kenya as a scapegoat and tool to justify unfulfilled and legitimate social demands in Somalia and for the political mileage,” Kenya responded.

It added that “Kenya will not accept to be used in that manner and encourages the Federal Government of Somalia to stop the campaign and use the energy to deliver leadership to its people”. 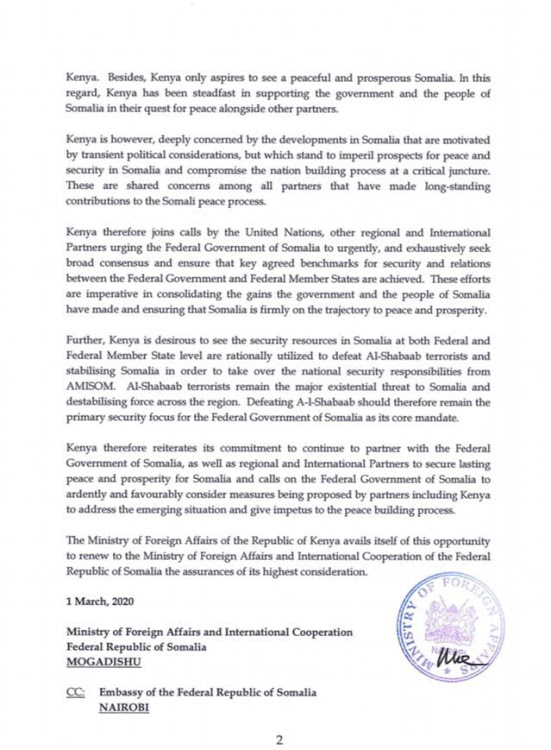 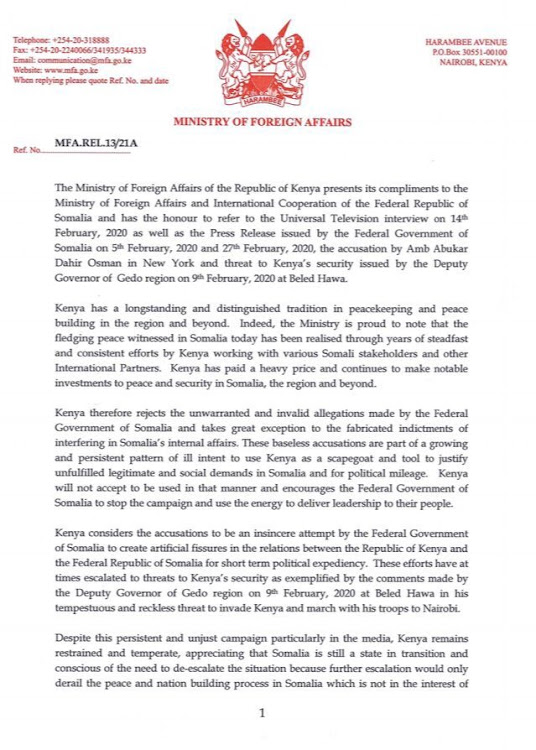 The Kenyan government has also said that the allegations raised by the Somalia government are meant to create artificial fissures for short term political expediency.

Kenya has added that its aspirations have been to see a steady government in Somalia.

“Kenya, therefore, reiterates its commitment to continue to partner with the Federal Government of Somalia, as well as Regional and International Partners to ensure lasting peace and prosperity for Somalia and calls on the Federal Government of Somalia to ardently and favourably consider measures being proposed by partners including Kenya to address the emerging situation and give the impetus to the peacebuilding process,” Kenya said.