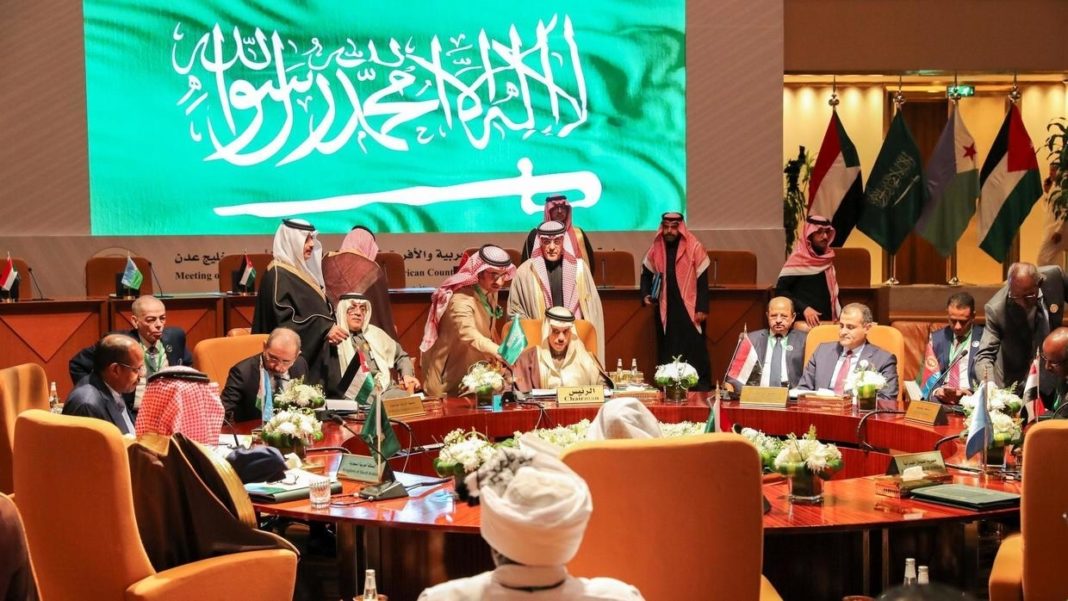 On 6 January it was officially launched in Riyadh, Saudi Arabia, the Council of Arab and African States Bordering the Red Sea and the Gulf of Aden. As its name indicates, the council is formed by the coastal states of the Red Sea, including Egypt, Jordan, Saudi Arabia, Yemen (the internationally recognized government), Sudan, Eritrea, Djibouti and Somalia.

The new organization has twelve objectives aimed at improving cooperation and coordination among the members in matters related to politics, economy, culture, environment and security. Some of them include guaranteeing the security of international navigation, preventing threats related to terrorism, piracy, smuggling, cross-border criminality and illegal immigration; promoting trade and investment; improving maritime trade, goods, services and money mobility as well as enhancing cooperation between ports and transit trade.

Since the idea of establishing a regional body for the Red Sea appeared on the horizon, different actors have sought to make their option prevail. A first attempt by the European Union and Germany was rejected by the affected countries, while two following attempts by the African Union and the IGAD failed to attract enough support from African coastal states.

The successful initiative was the one undertaken by Egypt since the end of 2017. Gradually, Saudi Arabia took over the leadership of the project in 2018. From thereon, two different visions of what the future organization should look like developed. Egyptian diplomats defended a more informal approach, establishing a forum to discuss common issues ranging from environmental pollution to conflict management or infrastructure development. In contrast, the Saudi vision envisaged an organization mirroring the image of the Gulf Cooperation Council (GCC), with a formal structure and focused on security issues, while paying minor attention to trade and environmental concerns.

The Saudi initiative began to take shape in December 2018 and was almost completed by April 2019, when the Saudi delegates presented a draft of the Charter of the new organization to the surprise of the rest of national delegations. One year after the Saudis took on the project, the organization was ready to be launched. However, this rapid establishment has raised many questions.

One of the most important issues is the one of membership. Currently, the criteria to be a member of the Council is to be a Red Sea coastal state. This is the criteria defended by Egypt. This position seeks to keep Ethiopia outside of Red Sea affairs, a position not shared by many of the members which believe that despite its lack of access to the sea, Addis Ababa is a key player in Red Sea affairs. The reason for this absence is the litigation that Egypt and Ethiopia maintain over the construction of the Renaissance Dam in the Nile.

Another problem has been presented by the absence of the State of Somaliland, which self-declared itself independent from Somalia in 1991. Although many countries are sympathetic to Somaliland’s claims, the membership of both states in the Council would have been impossible. Needless to say that the Houthi government in Sana’a has rejected the initiative. Finally, a coastal state like Israel is not a member of the organization, despite its growing ties with Gulf countries, while a non-coastal state like the United Arab Emirates also remains outside, despite its important military and commercial presence in the Red Sea coast.

Another contentious issue has to do with the scope of the organization. The Egyptian approach, supported by the African members, sought to establish a multidimensional forum addressing different issues of interest for all Red Sea states in a step-by-step approach which allowed for the building of trust among its members. The Saudi approach, and the one that has finally been imposed, is one of a formal hierarchical organization clearly focused on security-related matters.

Without neglecting the security issues that can stem from the important role that the Red Sea plays in the international trade and energy transportation routes, it cannot be neglected that Saudi motivations have much to do with countering Iran. Since 2015 the Saudi policy in the region has been intended to counter Iranian influence through generous economic aid and alliance-building. However, the most contentious security issue taking place currently in the region, that is, the conflict in Yemen, has more to do with the redefinition of the military intervention by both Saudis and Emiratis than with the role the rest of coastal states can play.

Besides, justifying the focus on security on the fight against piracy does not hold much leverage, since it has gone down since peaking in 2008, which raises the question of why a regional initiative was not suggested at the moment of the maximum level of piracy attacks. The rest of the Red Sea member states fear that this Council is another “anti-Iranian military alliance” and intended to attain regional hegemony. As one Egyptian expert points out “Iran is a problem […] but it can’t be the defining problem for the region, or for a Red Sea forum”.

But why then it has been established? Despite all the reticence Red Sea countries have towards the Saudi project, they are greatly dependent on Saudi economic aid and investments, rendering them unable to confront the Saudi position.

Although the establishment of a regional body for dealing with Red Sea issues has been a constant among regional states since decades and has been recently encouraged by many stakeholders, the actual shape this effort has taken can lead to another inoperative and ineffective multilateral organization. Saudi disdain for regional states’ concerns, once again, will lead the effort for increased cooperation and coordination in the Red Sea to fail.