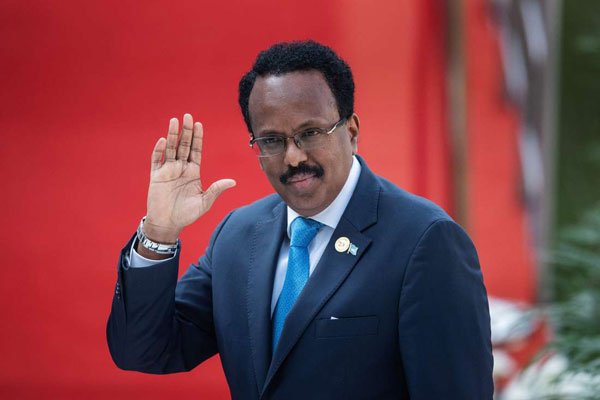 On the global scale, the challenge for Farmaajo is that he may be seen as sabotaging th global war on terror.

In 2011, two things happened in Somalia. Prime Minister Mohamed Farmaajo resigned from his job that June due to what he called political scheming from the then President Sheikh Sharif Ahmed. In August of that year, the Kenya Defence Forces entered Somalia in pursuit of Al-Shabaab militants who had been kidnapping expatriates on Kenyan soil.

Those events were unrelated. But nine years later, with the KDF since re-hatted as the African Union Mission in Somalia (Amisom), and Farmaajo now as president of Somalia, they may be ringing a political bell.

This week, President Farmaajo was forced into a climbdown in tensions with Kenya following a fight between his Somali National Forces and the Jubbaland forces in Bula Hawo, near Mandera.

His troops, though, remained in Bula Hawo. Mandera Governor Ali Roba claims that Jubbaland forces are still on the Kenyan side, baiting the SNA. He and several local politicians want the national government to remove them.

Experts were quick to warn that such a stand-off need not escalate.

“All parties need to take a pause and cool the temperatures. This is because the ultimate beneficiary in this context is Al-Shabaab,” says Murithi Mutiga, project director for the Horn of Africa at conflict research think tank International Crisis Group (ICG).

On the face of it, Farmaajo had said his troops were guarding the border, and demanded that Kenya repatriate Mr Abdirashid Janaan, a Jubbaland security minister considered a fugitive by Mogadishu. Deeper, though, it played into Farmaajo’s pattern of political ambition to control all the five federal states.

“This is a deep-rooted matter that was triggered by the escape of Jubbaland’s minister, Abdirashid Janaan. My take is that it is a matter of national interest versus federal government of Somalia’s (FGS) interests,” Hawa Noor, a global governance and regional integration scholar at the Bremen International Graduate School of Social Sciences in Germany, told the Sunday Nation.

Ms Noor said Farmaajo is facing an election year, which has seen him struggle to win support and build a nation that has federal opponents made worse by ‘interference’ by Kenya, which supports Jubbaland President Ahmed Madobe, whom Farmaajo wants out.

“The issue of Jubbaland is particularly thorny for Farmaajo and his allies because of the maritime dispute. Somalia rightfully asked for Jannan’s extradition (Amnesty International also says Janaan has a criminal history) but this did not happen.”

In Nairobi, officials told the Sunday Nation they do not believe Somalia’s demand for Janaan was authentic because Somalia has not filed a formal request to Kenya though there is an existing judicial cooperation agreement between the two countries.

“Going public means they had an ulterior political motive. These issues are often handled diplomatically, behind the scenes,” one diplomat told the Sunday Nation.

“We won’t take that bait because they want us to look bad. In fact, their actions in Bula Hawo has made them look bad. Nobody likes it,” the diplomat added, referring to Somalia’s Western donors, who oppose the fighting.

Kenya did allude to the “political” bit when State House spokesperson Kanze Dena-Moraro said Somalia was dragging Kenya into its chaos to achieve immediate political ambitions.

“(These allegations) are part of a growing and persistent pattern of ill intent to use Kenya as a scapegoat and a tool to justify challenges in Somalia for political reasons,” she said, referring to Somalia’s claim of internal interference.

Last week, the US opposed the fighting between Jubbaland Forces and SNA troops specially trained by Turkey. This pressure forced Farmaajo to announce a de-escalation, although officials in Nairobi say they would be unbothered by the misstep.

Though the Somalia parliament rejected the accord, Farmaajo quit 10 days later as part of the controversial conditions in the deal. He had demanded that parliament approve the accord first, but the Speaker rejected it, and Sheikh Sharif Ahmed forced him out.

Bula Hawo was one of the regions where protests started in support of Farmaajo, who, ironically, came to live in Kenya.

Sheikh Sharif Sheikh Ahmed lost the presidency in 2012 to Hassan Sheikh Mohamud. But the political rivalry with Farmaajo was sowed then.

“Farmasjo is now facing a real challenge from an opposition coalition led by Sheikh Sharif Sheikh Ahmed. This group is very strong and is composed of former presidents, and they are demanding that Farmaajo lay down the electoral plan or else they force him out,” says Abdalla Ibrahim, director of the East African Centre for Research and Strategic Studies, a think tank on Horn of Africa affairs.

Last week, the coalition, known as the Forum for National Parties (FNP), agreed in Istanbul to form one political party by merging its six members, and possibly front one candidate.

Ibrahim told the Sunday Nation that Farmaajo’s ambitions are partly fuelled by his political upbringing. “He is following the same route as Siad Barre, who was his clansman.”

Before Barre’s government collapsed in 1991, Farmaajo was posted to the US as the second secretary at the Somali Mission in Washington. When Barre was toppled, he continued to live in the US, eventually acquiring US citizenship. Last year, he announced he would relinquish US citizenship to “concentrate on serving the people of Somalia.”

According to Faisal Roble, director of the Institute for the Horn of Africa and Social Affairs, Farmaajo’s personal political experience and lessons from Barre have fuelled his desire for centralism while sticking to his clan, the Marehan, a sub-clan of the Darood.

“He has a long history of being clannist and more so at a critical time in Somali history,” he told the Sunday Nation.

“As part of his MA degree thesis, he argued that the Somali clans were not massacred. (It had a) rather fabricated propaganda that said his ‘Darood clan’ was subjected to ‘genocide’. If any group was severely hurt in the 1980s-1990s Somali war, it was the Issaq clans in Somaliland and the Majerteenis in Puntland,” Roble argued, referring to the main clan the Marehan belong to.

Farmaajo’s thesis, titled “US Strategic Interest in Somalia: From Cold War Era to War on Terror”, actually tackled the US role in a country collapsed by extremism, and claimed his clan had been targeted by opponents of Siad Barre.

In Jubbaland, the Marehans have played second fiddle to Ogadenis, who share relations with most clans in Garissa, Kenya. Siad Barre, a Marehan, is said to have been a nationalist who wanted to amass a larger Somali nation, including the Ogaden region in Ethiopia and Kenya’s former North Eastern Province.

“Mogadishu is insincere to project Kenya as its utmost enemy while it paints a rosy and friendlier picture of Ethiopia. Kenya cannot be projected as the number one enemy of Somalia while Ethiopia is promoted as the protector of Somalia. That duplicity undermines Mogadishu’s argument,” Roble argued.

“People in Jubbaland have protested against the SNA and Janaan is also popular in Gedo. Therefore, depending on what side of the stand-off Somalia find themselves, their positions are likely to be cemented further. I am, however, not sure an efficient one-man-one-vote will happen in the first place.

“On the global scale, the challenge for Farmaajo is that he may be seen as sabotaging the GWOT (global war on terror), with the US already claiming that the stand-off will benefit Al-Shabaab (which is basically the main interest of the US in Somalia and the region).”