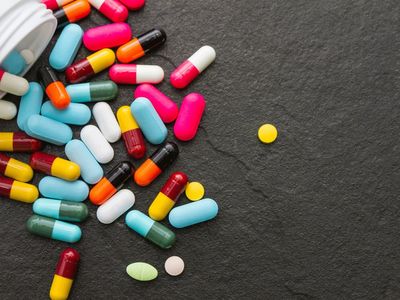 “We have contacted with DGHS (Directorate General of Health Services) and other relevant government organizations for getting official approval for application of the medicines. . . they told us they are conducting their studies about our breakthrough,”

A Bangladeshi medical team led by a senior doctor has said they found a combination of two widely used drugs to have yielded “astounding” results in curing patients with acute COVID-19 symptoms amid desperate global efforts to find remedies to the pandemic.

“We have got astounding results,” head of medicine of private Bangladesh Medical College Hospital (BMCH) Professor Dr Md Tarek Alam told BSS adding out of his 60 COVID-19 patients, all recovered as the combination of the two drugs were applied.

He said a frequently used antiprotozoal medicine called ivermectin in a single dose with Doxycycline, an antibiotic, yielded virtually the near miraculous result in curing his patients with COVID-19.

Alam, a reputed clinician, his team was prescribing these two medicines only for coronavirus patients, most of them initially reporting with respiratory problems with related complaints, later to be tested COVID-19 positive.

“We first ask them to be tested for COVID-19 and when found coronavirus positive we apply the drugs . . . they are recovering within four days,” he said.

Alam added that the repeated or second tests, in line with the IEDCR-set procedure, reconfirmed them COVID-19 negative in all the cases under the research which found the combination to have no side effects on patients either.

He said the scenario made his team “hundred percent hopeful” about the effectiveness of the combination while they by now contacted the concerned government regulators and preparing to exhaust international procedures for acknowledgement of the drugs for COVID-19 treatment.

“We have contacted with DGHS (Directorate General of Health Services) and other relevant government organizations for getting official approval for application of the medicines. . . they told us they are conducting their studies about our breakthrough,” Alam said.

He added that the team was preparing as well a paper on the development for an international journal, as required for scientific review and acknowledgement, with all confidence of getting the international recognition of our breakthrough discovery.

Alam however, said until receipt of the international acknowledgement, the government agencies in Bangladesh or elsewhere might not “officially approve” application of the drugs for COVID-19 treatment.

Alam’s associate Dr Rabiul Morshed said despite being a non-COVID-19 facility a huge number of patients “directly and indirectly trapped with this unfortunate virus end up in BMCH, the country’s premier private general hospital at Dhanmondi area.

“But all of them have shown remarkable recovery being (COVID-19) negative in four days and 50 percent reduction of symptoms in 3 days,” he said.

Their comments came two days after leading Japanese newspaper the Nikkei Asian Review reported that the drug, ivermectin, alone was gaining attention as a potential coronavirus treatment while it was originally developed for parasitic infections.

“Parasite-killing drug ivermectin heads into coronavirus trials,” the headlines of the report read while the report added Japan’s Kitasato University was also planned a clinical trial of the medicine as well.

US University of Kentucky last week announced that they would study the effectiveness of common and cheap medicine ivermectin in a clinical trial along with other experimental medications as the COVID-19 Trial.

The drug was developed on the basis of research Japanese microbiologist Professor Emeritus Satoshi Omura of Kitasato University that eventually earned him Nobel Prize in 2015.

International medical research literatures suggest that the combination of these two particular drugs were previously used for different experiment for treating patients with “river blindness” or onchocerciasis, a parasitic infection spread by flies that live near fast-flowing rivers.

But evidence of the effectiveness, however, remained unclear the experiments were carried out in 2015, years ahead of the coronavirus pandemic.

Researchers around the world are now also studying how infusions of blood plasma from people recovered from the virus coronavirus, could help new COVID-19 patents while Bangladesh as well is set to launch the experiment with the convalescent plasma.

International studies suggested it to be safe but the experiments were yet to ascertain to what extent convalescent plasma provides benefit.

Belgian health experts reported that among 154 coronavirus patients at two nursing homes, those who took a statin, such as Lipitor, were nearly three times more likely to be free of symptoms during their infection than those who did not.