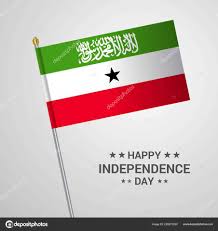 This article, written by Mikael Torstensson, Somaliland’s Special Envoy to the EU, explains why it is time for the international community to officially recognize Somaliland. Not only has it implemented a strong model of democracy that distinguishes it from other countries of the Horn of Africa and the Arabian Peninsula, but it has also “embraced the UN’s Universal Declaration of Human Rights, developed equality, organized presidential elections that were observed by international election observers and welcomed refugees from Yemen and other neighboring countries.

One of the world’s miracle-nations celebrated its national day and thereof 29 years of unbroken peace and democratic development. In one of the world’s most exposed territories – embossed by dictatorships, war, and terrorism – the republic of Somaliland represent an outstanding exception on the Horn of Africa.

The country has developed into the only working democracy in their region, with continuously enhanced work towards human rights and equality. The republic of Somaliland meets all the requirements for full recognition, as the independent country that it is. Now is the time for the world to make a stand for continuous democratic progress on the Horn of Africa by giving the people of Somaliland their rights among the nations of the world.

The 18th of May 1991 Somaliland proclaimed independence after decades of a disastrous union with Somalia. The people of Somaliland were heavily discriminated and eventually, a civil war erupted between the two countries in the union. The dictator of Somalia, Said Barre, finally bombed all of Somaliland’s cities to the ground and hundreds of thousands had to flee. But Somaliland had already chosen their future. They chose the path of forgiveness towards the Somalian dictatorship and among other things big conferences were held in which they proclaimed forgiveness towards their oppressors. There and then, Somaliland chose to break the destructive spiral of violence.

Since then Somaliland has developed into a unique democracy; surrounded by dictatorships, terrorism, and pirates. In the midst of that darkness they have established a democratic system, much like the British form, and on their own, built 1237 primary and elementary schools and over 30 universities. The country has embraced UN’s Universal Declaration of Human Rights and developed equality, both with female ministers and mayors. Somaliland even has a female police force. The presidential elections have been observed by international election observers and been praised for its democratic implementation. According to the international organization Freedom House, Somaliland is the most democratic country on the Horn of Africa and the Arabian Peninsula. Somaliland fights terror organizations like al Shabab, IS, and al Qaida on their own. All these organizations are forbidden in Somaliland and they even fight pirates from Somalia and imprison them. The country receives refugees from Yemen and other neighboring countries which creates stability in one of the world’s most unstable areas.

Somaliland prioritize most of their small budget on security and defense. The American government does not advise their citizens against visiting Somaliland, in fact, it is considered safer than all of Europe. The American government also considers Somaliland’s capital Hargeisa to be the most secure capital in all of Africa. Somaliland satisfies all the requirements of the Montevideo Convention indicating what is necessary for an entity to be recognized as a state. Somaliland has both a permanent population, a defined territory, government, and capacity to enter into relations with other states. Professor Pål Wrange at Stockholm’s University, but also a row of international colleagues says that there is no international law indicating any obstacles in recognizing Somaliland.

Despite this, no country has recognized Somaliland as the independent country it already is. It ought to be obvious that this miracle on the Horn of Africa should recognized by the Swedish government. Although it is very gratifying and inspiring hope to see how individual members of parliament engage in the matter for Somaliland’s recognition, we need more. Now, all democratic forces have to participate and engage to support positive development in the matter. If not, there are many other interests that would like to take this towards a totally different direction.

Sweden can play an important role in contributing to freedom and democracy on the Horn of Africa. If only there is will to do so. Now is the time to act.