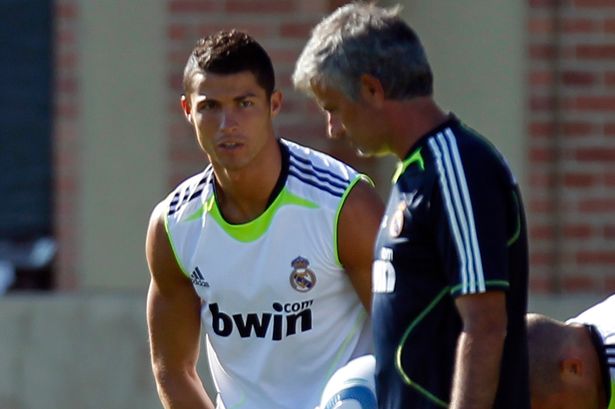 Luka Modric has recalled how Jose Mourinho almost reduced Cristiano Ronaldo to tears when they were together at Real Madrid – and it nearly came to blows.

Ronaldo, a five-times winner of both the Champions League and the Ballon d’Or, is known for a supreme confidence and swagger that has taken him to the top of the game.

This week it was announced the Portuguese star had become the world’s first billionaire footballer, while on the pitch he was won league titles and trophies galore with Manchester United, Madrid and Juventus.

Ronaldo played 106 times under Mourinho at Madrid, scoring a whopping 120 goals in those games.

But that didn’t stop Mourinho from almost making his star man cry – even during a victory – as Modric has recounted in his biography ‘My Game’.

“Mourinho’s reaction surprised me,” said the Croatian midfielder. “We were winning 2-0 in the Copa del Rey.

“Ronaldo didn’t follow his man at a throw-in and Jose was furious with Cristiano. The two fought for a long time on the pitch.

“When we went back into the dressing room at half time, I saw Ronaldo upset, on the verge of tears.

“He said ‘I’m going the best I can and he’s still criticising me’.

“Mourinho came in and started to criticise the Portuguese for his responsibility during the game.

“It got so heated between them that only the intervention of the players prevented a proper fight between them.”

Mirror Football explained back in April that Ronaldo was on the verge of joining the $1bn club – which, in terms of active sports stars, features just Floyd Mayweather and Tiger Woods (Michael Jordan having made much of his fortune via Nike after his playing days).

And now, Ronaldo is there.

Now Forbes latest list has Ronaldo landing another £85m ($108m), thus ensuring he is the first footballer to earn $1billion during his playing career.