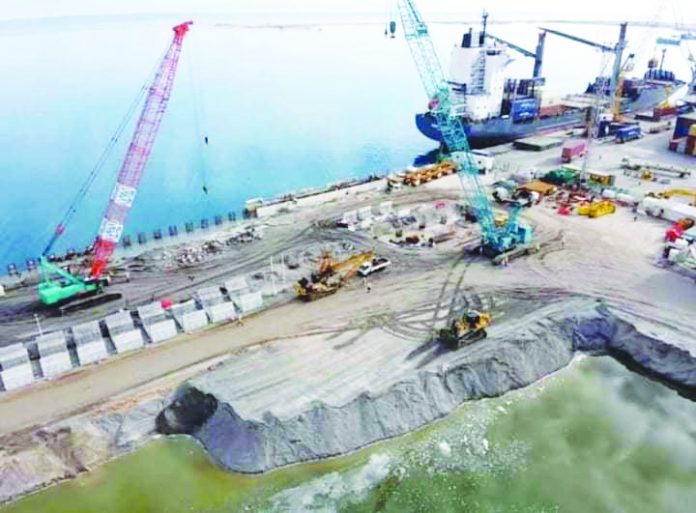 He said in an exclusive interview with The Ethiopian Herald, “The entire project will get completed by the end of the next year and it will start operation by the same period. This multi-purpose project is worth a total of 442mln. USD.”

“From the tripartite investment agreement on Berbera Port, Ethiopia holds 19 percent stake, DP World holds a 51 percent, while Somaliland holds the rest 30 percent. There is also a multi-million economic free zone in Berbera that will boost the function of the port as well,” he added.

Somaliland is an ideal place to invest, he said adding the facility that covers 400-meter quay and 250, 000 square meters yard is expected to serve multiple functions and play an indispensable role in boosting economic ties in the region.

“By the same token, the port opens additional sea outlet to Ethiopia and its benefits to the import-export business are huge. It as well helps Ethiopia and Somaliland to engage in a balanced trade and serve their mutual interests,” he continued.

He went on to say, “It creates employment to the youths of the two nations. Sixty-two percent of the first phase is now completed. The port will handle the mother-ships from across the world. Furthermore, it will contribute to the economic integration in the horn of Africa and eastern Africa and the wider African continent.

Presently, on the other hand, there is a dual carriageway construction connecting the two countries which its first 12km was cut the ribbon by the President of Somaliland Muse Bihi Abdi last week. “Despite the economic purpose, it increases the flow of tourists to Ethiopia and Somaliland,”

He stressed that nowadays Somaliland is turning out to be an investment magnet and winning the hearts and minds of investors from time to time. Following the attractive investment opportunities on a national scale, everyone has been attaching due importance to invest Somaliland.