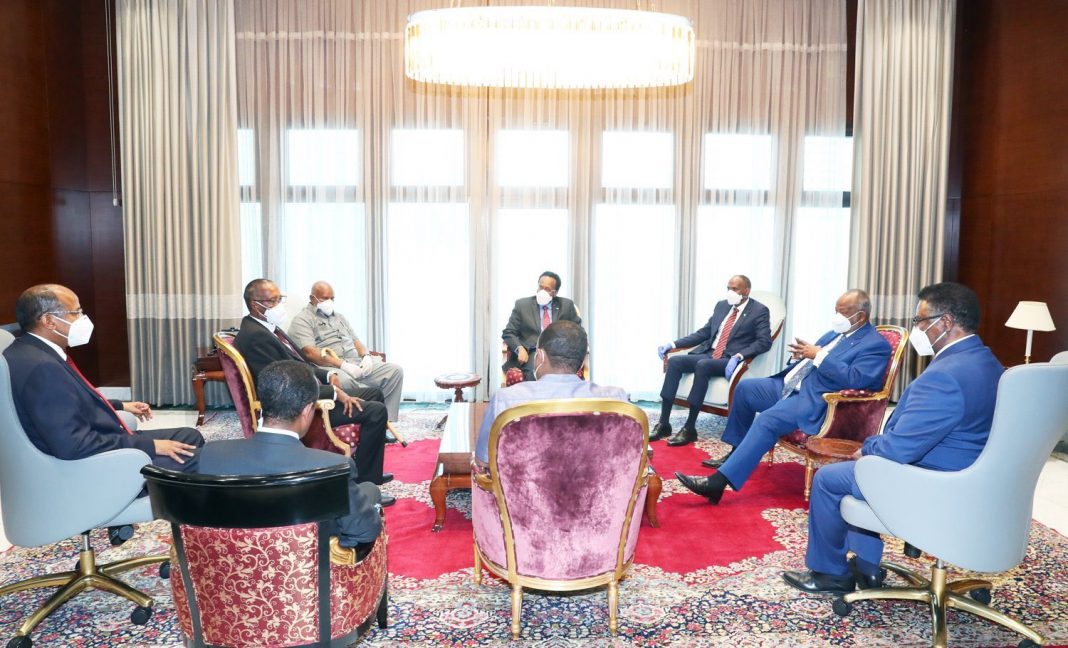 • Kenya is officially Africa Union’s endorsed candidate after an election in Ethiopia in which Nairobi garnered 37 votes against Djibouti’s 13 in a second round of voting.

• Djibouti has, however, contested it.

• It claims the endorsement ignored the principle of rotation, which would have been in its favour.

The ugly duel between Kenya and Djibouti for the non-permanent seat at the Security Council is due to end on Wednesday, June 17, after the election in New York.

But this is not without last attempts to influence the outcome by both states.

Kenya is officially Africa Union’s endorsed candidate after an election in Ethiopia in which Nairobi garnered 37 votes against Djibouti’s 13 in a second round of voting. Djibouti has, however, contested it.

It claims the endorsement ignored the principle of rotation, which would have favoured Djibouti.

“Djibouti is of the opinion that the Permanent Representatives Committee of the African Union, which decided on the vote, is an organ that is not authorised to do so.”

“In law, there is an established principle that any decision made by an entity not competent to do so should be considered null and never be depended on, and is incapable of creating any law,” Djibouti Embassy in Nairobi said in a statement.

On the basis of this rule, the embassy said, the Executive Council has always endorsed the candidature of the country that had sat for the least mandates at the Security Council, and in the event that the countries happen to have the same number of mandates, then the Executive Council retains the candidature of the country whose mandate would increase more with time.

“In the case that is of concern to us, Kenya enjoyed two mandates in 1977-1978 and in 1997-1998, while Djibouti occupied the Security Council seat only once, in 1993-1994. The rotation rule has the advantage of maintaining the cohesion and unity of our states,” the embassy added.

On Friday, June 12, Djibouti Permanent Representative to the UN Ambassador Mohamed Siad Doualeh reiterated that Djibouti has rejected and will continue to reject “the spurious claim that there is an AU endorsed UNSC candidate. … the PRC outcome was deeply flawed, illegitimate and void”.

But Kenya is standing ground and is banking on the AU endorsement to take up the seat from South Africa as the continent’s representative at the Security Council.

The AU’s Permanent Observer Mission to the UN last week circulated a note to all permanent missions reiterating that Kenya is Africa’s endorsed candidate.

“The Mission has the honour to remind that the African Union endorsed the Republic of Kenya for a non-permanent seat in the United Nations Security Council for the term 2021-2022,” the observer mission said in the note on June 9.

This came up after Botswana’s Permanent Representative to the UN Collen Vixen Kelapile, chair of the Africa Group asked the AU Mission to clarify the status of African candidature to the UNSC.

The move by Djibouti to host a negotiation meeting between Somalia and Somaliland on Sunday, June 14, to which Ethiopia attended among other AU, EU and US representatives, has also been linked to the UNSC race.

Rashid Abdi, a researcher and analyst on Horn of Africa affairs, on Sunday said, “The Djibouti Summit to restart Somalia-Somaliland talks was a diplomatic initiative to boost the Red Sea state’s chances of clinching the UNSC non-permanent seat.”

“Kenya is the front-runner and supported by the AU. The vote is on 17 June,” he added.

Djibouti President Ismail Omar Guelleh chaired the meeting and said resumption of talks is a “perfect illustration of the regional effort to resolve differences through dialogue”.

The choice of his words was telling.

Among Djibouti’s 10 principles and priory points in the UNSC race are “Reconciliation, prevention and peaceful conflict resolution; Regional peace, stability and sustainable development; and Believer in peaceful dialogue and mediation”.

“20 years after the Arta conference,  @IsmailOguelleh today hosts another historic meeting to promote reconciliation and prosperity in the Horn of Africa.  We applaud his effort.  Regional integration will enhance the well-being of all who live in East Africa,” Djibouti’s embassy in the US tweeted.

All perfectly falling on the backdrop of the Djibouti Summit.

Andargachewu promised “unwavering commitment towards ensuring that the symbolic Ethio-Djibouti ties would make giant leaps forward in the years to come”.

Technical committees comprised of members of the two delegations are continuing with talks between Somalia and Somaliland in Djibouti.

Kenya, on the other hand, is embroiled in a maritime dispute with Somalia as well as counterclaims of interference in domestic politics.

Notably, Saudi Arabia in January this year led the formation of a new council aimed at securing the waterways of the Red Sea and the Gulf of Aden.

The Foreign Affairs Ministers who attended the meeting signed the Charter for the Establishment of the Council of Arab and African Littoral States of the Red Sea and the Gulf of Aden.

The Red Sea and the Gulf of Aden are two of the world’s busiest shipping routes connecting Europe to Asia and the Middle East.

Among the countries building commercial and military ports include Turkey, UAE, Japan, Qatar, France, the US, Italy and China.