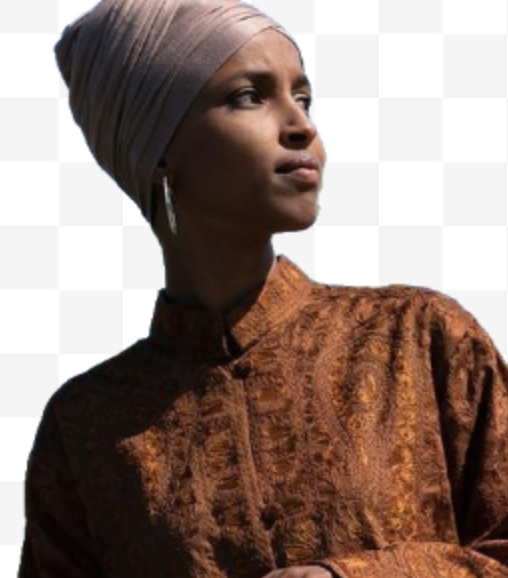 On three different occasions over the last 18 months, I have headed to Somaliland or Kenya for research purposes, largely to talk about Horn of Africa politics, Great Power competition (the United States is absent without leave while China and perhaps even Russia make inroads), and regional security. Given both the importance of the U.S. and the family ties many Somalis have with the Somali diaspora, and the fact that one of my trips was in August when so many of the Somali diaspora returned home for the summer holidays, American politics loomed large in coffee house discussions and meetings with civil society and political leaders.

Over at the Hill, I have written of how frustrated many Somalis were that Democratic Rep. Ilhan Omar of Minnesota, the first Somali American and one of the first two Muslim women elected to Congress, had not used her seat to advance U.S.-Somali ties. Instead, Omar has made the Palestinian issue a cornerstone of her congressional activism, apparently at the urging both of Basim Sabri, her second-largest donor and a Palestinian American real estate tycoon from Minneapolis who donated maximumamounts to Omar’s congressional campaign, as well as his daughter Karmel, a fundraiser for causes in the Gaza Strip. No group or charity can operate in Gaza, however, without cooperating with Hamas, which has ruled the Palestinian territory with an iron fist since 2006.

Omar’s foreign policy partisanship in the broader Middle East has also raised Somali suspicion. Today, the United Arab Emirates invests in Somaliland, while Turkey and Qatar both back more Islamist causes in Mogadishu and shun the UAE for its Somaliland investment.

Omar’s use of Turkish and Qatari press as a platform, along with her fierce criticism of the UAE and Saudi Arabia from her House Foreign Affairs Committee perch, suggest she continues to internalize the divisions and partisanship which exist in Somalia. This is not to condemn the former and absolve the latter, but rather to recognize that it is hypocritical to condemn the UAE and Saudi Arabia without recognizing that Turkey is among the world’s worst offenders in terms of press freedom and that both Turkey and Qatar are essentially terror sponsors.

Somalilanders further suspect that a partisan approach in the Horn of Africa context leads Omar to ignore, if not seek to undercut, Somaliland’s more liberal democracy in favor of Mogadishu’s government, wherein an appointed parliament of regional and clan elders alone selected a president.

Many Democrats in the U.S. have embraced Omar because of her liberal social stances, as well as her antagonism toward Israel, Saudi Arabia, and the UAE. To see her as a representative of Somalis, however, would be to confuse her ethnicity with ideological diversity. Both Somali Americans and Somalis remaining in the Horn of Africa judge Omar by other standards and, at best, see a woman who has diverged from the values and interests of her Somali American constituents. At worst, they see a figure who has remained destructively provincial in her vision of foreign affairs.