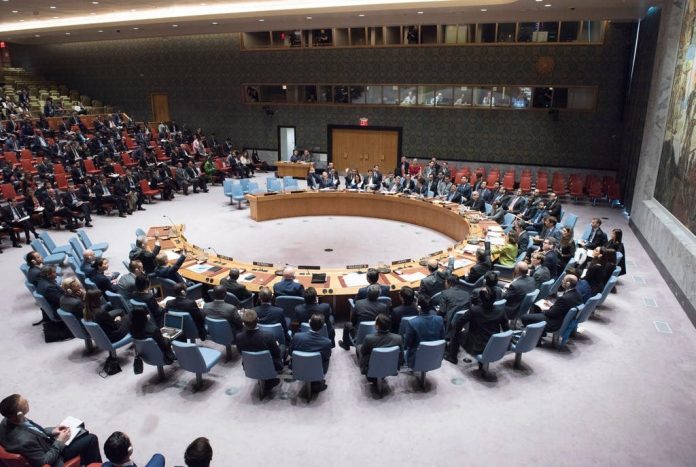 In the past three and half years, the UN Security Council (UNSC) suffered shameful humiliation and loss of credibility in Somalia because the Federal Government of Somalia (FGS) of President Mohamed Abdullahi Farmajo not only disregarded but also violated all UNSC Resolutions and expelled disgracefully the Special Representative of the UN Secretary General (UNSG) from the country after he attempted to perform his duties. In response, rather than being disturbed, the UNSC became complicit of FGS’s violations and decided to praise it for fictitious progress. The successor of the expelled UN Special Representative had to behave docilely. That has made the UNSC a paper tiger.

The question is can UNSC and International Development Partners (I-Partners) recover from the devastating humiliation and loss of credibility suffered in Somalia? In all likelihood, the answer is doubtful.

The collapse of the Somali state in 1991, which caused humanitarian catastrophes, widespread chaos, and high insecurity, compounded with the war on terror demanded international intervention to restore the state structure and capacity for representation, governance, and security. The International Community chose to use Chapter VII of the UN Charter for the intervention and developed the concept of partnership between Somalia and the I-Partners. Accordingly, the UNSC seized the reins of Somalia and on the basis of article 42 of Chapter VII authorized the deployment of African forces (AMISOM) in 2007.

Although Somalis feel victims of UK foreign policy, the UN and UK, the penholder of Somalia, organized the third London Conference on Somalia on 11 May 2017 after the election of President Farmajo on February 8, 2017. The conference issued a comprehensive communiqué and new partnership agreement and security pact to give momentum to the rebuilding of the Somali state for the period 2017 and 2020. The priorities listed in the agreements included the defeat of terrorist group Al Shabab, the engagement of Somaliland for political settlement, the completion of the constitutional review process to consolidate the state formation in terms of allocations of power, responsibilities, and resources, the implementation of the National Security Architecture at federal and state levels, transfer of security delivery from AMISOM forces to Somali security forces, effective public accountability, control of corruption and sound public financial management, promotion of peace, reconciliation, upholding of human rights, maintained and structured dialogue with the public and civil society on matters of national interest, development of inclusive political system, and last but not least the preparation for an inclusive, credible, and transparent “one person one vote election in 2020/2021.” The political election was considered as the main pillar of the statebuilding efforts.

The UNSC Resolution 2358 (2017) deliberated and endorsed the priorities spelled out in the agreements between FGS and I-Partners in order to oblige the support and compliance of all member states of the UN. The Resolution explicitly underscored that the UN Assistance Mission for Somalia (UNSOM) will play a central role in the implementation of shared priorities by providing strategic policy advice.

Nevertheless, President Farmajo defied the UNSC resolution and undertook a sustained political strategy to dismantle whatever progress made during the previous administrations of Presidents Sheikh Sharif Sheikh Ahmed and Hassan Sheikh Mohamud. He waged brutal campaign to dominate the federal member states (FMS), the security forces, and the justice system.  As a result, the mood of the country turned to 1991 discourse and desolation.

The Somali people could not fathom the failure of the UNSC and the I-Partners of not being able to stop President Farmajo’s blatant systematic anti-democratic corrosive actions and his disregard of UNSC resolutions for almost four years. Members of the UNSC had enough public and confidential information from different sources, including the three month reports of the UNSG, highlighting the worsening political, security, and humanitarian situation in Somalia.

The conflicting and harmful policies pursued by the diplomats of key I-Partners also undermined the strengthening of democratic system of governance and accountability. The ousting of former speaker Mohamed Sheikh Jawari, who remains silent and reclusive until now, and the appointment of close associates to the leadership of the security forces, marked the end of the accountability of the whole FGS. I-Partners witnessed the escalation of the authoritarian behavior of President Farmajo and didn’t mind it.

The call of the Resolution 2520 urging the cooperation between the FGS and FMS for addressing security and election issues neglected since 2017 has yet to be genuinely responded to. On the other hand, the fixation of the I-Partners on “one person one vote election in 2020/2021,” with no time for credible preparation is misguided. It can be interpreted as deliberate intention to mess up the political system of Somalia forever. No reasonable person familiar with the situation of Somalia can advocate “one person one vote election” which should take place in less than 5 months.

The painful failure of 12 years of UN-led international intervention that markedly started in Somalia in 2008 under the United Nations Political Office for Somalia (UNPOS) had rekindled the desire to look back for reflection and lesson at the accomplishments of the Italian Trusteeship Administration of Somalia ((L’Amministrazione Fiduciaria Italiana della Somalia -AFIS) authorized by the UN General Assembly in November 1949 to prepare the Southern part of Somalia for independence and self-government within ten years. At that time, Somali people lacked basic education and political maturity for self-rule and international relations.

The Trusteeship agreement with Italy mandated the establishment of self-government system that can deliver state functions after independence.  Most importantly, the declaration of constitutional principles annexed to the trusteeship agreement required the Italian administration to guarantee transparency, accountability, respect of the UN Charter and rule of law, respect of fundamental human rights such as freedom of press, expression, and public dissent. The constitution for the nascent Republic of Somalia published on July 1st 1960 remains masterpiece until today. Retrospectively, the Italian administration respected the will of the Somali people for freedom and fulfilled reasonably and honorably its responsibility by providing them the basic education, political experience, skills, and administrative structure needed for running a democratic state that emerged in 1960.

President Farmajo chose President Adan Abdulle Osman (PUH) as his role model. However, it is pity that he betrayed the single governing principle of his role model which was practice of democracy (defense of the opposition, supremacy of the rule of law and justice, respect of the individual freedom and liberty, free media, anti-corruption, free and fair election, national interest over personal political interest).  The books of Mohamed Trunji, “Somalia, the Untold History 1941-1969 (2015)” and Abdi I. Samatar, “Africa’s First Democrats (2016)” provide narratives for understanding the leadership principles of late President Adan (PUH).

Two stories from those books serve to illustrate President Adan’s leadership principle. In responding to Italian official who said that “what Somalia had –roads, hospitals, etc. – at the beginning of the trusteeship period was done by Italy during the colonial period,” President Adan said “but those who came after colonial Italy (the British) granted us something immensely much more important than that. They gave us freedom of expression, freedom to establish political parties, freedom to work for the future of our country.” In his diary, President Adan noted that “Without democracy, dreadful things would befall the nation.”  Indeed, dreadful things befell Somalia. Respect of the freedom and liberty of the citizens was his paramount doctrine.

Another important lesson President Farmajo didn’t get right is the directive the first Governor of the Italian Administration, Giovanni Fornari, send to all district commissioners and residents immediately after assuming his position in March 1950, ordering them “absolute and loyal guarantee towards the local population under their jurisdiction without any discrimination based on political and ethnicity, total respect of their personality and liberty whose exercise constitutes a reason of pride for democratic states.” The Somali people exercised vigorously their political rights to petition and protest for openness and accountability of the Italian administration.  Somalis want freedom and liberty from their leaders.

As priority, the Italian administration established the Territorial Council, the Municipal Council, the Rural Councils, and the District Commissioners and conducted elections to ensure the active participation of the people in the political and legislative debates and decision making process at all levels. Political parties were active participants in the consultations and discussions of important policy and legislative matters affecting the local population before decisions were made. Successive trusteeship governors implemented methodically and sequentially the essential building blocks for statehood, specifically state institutions, laws, regulations, procedures and programs.

The trusteeship experience offers an important lesson for how to build and run a democratic state in ten years. Many Somalis believed that the UNSC and I-Partners accumulated immense knowledge, coherence, clarity, and objectivity between 1950 and 2008 to help the Somali people to rebuild a democratic accountable state within reasonable timeframe. Unfortunately, that expectation turned out to be wrong and today Somalia remains more dangerous and fragile than 12 years ago.

Somalia is again on the brink of violence and disintegration. The last hope for its revival is a timely free and fair election obstructed by the scheming or ineptitude of President Farmajo on one hand and by the apathy and delusional insistence on controversial electoral model of the I-Partners on the other hand.  Use of well-organized, tightened up 2016 electoral model is the only way out of the current political powder keg.