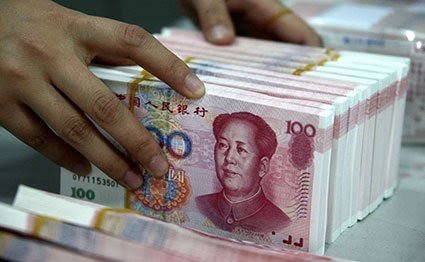 US accuses China of not being committed to the Debt Service Suspension Initiative.

US Secretary of State Mike Pompeo has accused China of giving Africa “empty promises” that it will ease its debt burden in the wake of the Covid-19 pandemic.

In a strongly worded statement released on Wednesday, Mr Pompeo accused China of not being committed to the Debt Service Suspension Initiative (DSSI) .

“At last week’s China-Africa Summit, we unfortunately saw more empty promises and tired platitudes from the Chinese Communist Party (CCP)… The CCP needs to move beyond vague public statements and start to fully and transparently implement the DSSI in accordance with its G20 commitments,” he said in reference to the undertaking to offer temporary debt relief to poor countries by the G20 grouping of the world’s biggest economies.

Data released by the World Bank shows that EAC countries could save up to $1 billion in temporary debt relief offered by rich countries, freeing up resources needed to help finance emergency response to the Covid-19 pandemic.

“Sec Pompeo is telling lies and smearing China whenever he gets a chance. But lies repeated a thousand times are still lies. It’s just his nature to ‘lie, cheat, and steal’ as he himself admitted. One can never wake up someone who pretends to be asleep,” said China’s Foreign Ministry spokesperson Zhao Lijian.

The verbal exchange exposes the widening cracks between the US and China.

The DSSI plan is worth about $11.5 billion to help poor countries “manage the severe impact of the Covid-19 pandemic”, according to a World Bank bulletin.

Tanzania and Uganda had by Thursday been listed in on the bulletin as being the only participants in the initiative among EAC member states. Kenya is listed as being potentially the biggest beneficiary, eligible for $802.6 million temporary debt relief.

Tanzania could save $148 million and Uganda ($95.4 million) in debt relief, even though their risk of debt distress is categorised as “low”.

Rwanda ($12.6 million) is also in the low risk category, but is yet to join the plan, as is Burundi, which could free up $3.6 million and is classified as being in a high risk category of running into debt distress.

Oil-dependent South Sudan has no data yet on the money it could save in debt relief, although the World Bank has indicated it was already in debt distress.

For Kenya, the $802.6 million it could free up in debt relief had seen President Uhuru Kenyatta join leaders from developing countries seeking easier terms.

“We are under fiscal pressure and need space to re-engage. This is why we want loans extended to get room for fiscal space,” he said at a webinar hosted by the Atlantic Council last week.

Tanzania’s President John Magufuli and his Ugandan counterpart Yoweri Museveni have also called for debt relief. The DSSI was endorsed by the World Bank and the G20 finance ministers in April. But political bickering and fear of opening the floodgates has delayed most of the deals.

In a speech to a group of African leaders, President Xi indicated that he will work with other international lenders to enable countries most affected by the coronavirus to ride through the crisis without facing heavy debt repayments.

President Xi was speaking to the leaders via video link for the first time since the onset of the wave of the virus that originated in China before spreading to every corner of the world.

“Within the FOCAC framework, China will cancel the debt of relevant African countries in the form of interest-free government loans that are due to mature by the end of 2020,” President Xi told his audience, among them South African President Cyril Ramaphosa, Kenya’s Uhuru Kenyatta and Senegal’s Macky Sall, and Ethiopian Prime Minister Abiy Ahmed.

Sources say that China is yet to approve applications from about 10 countries from Africa that have applied for suspension of repayment under the DSSI.