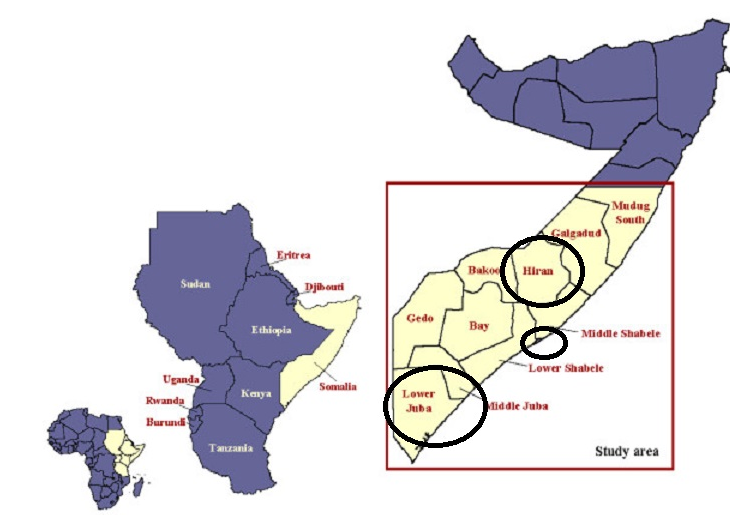 The Al-Qaeda affiliated Al-Shabaab continues to mount attacks in East Africa region. The Islamist militant group notably has especially targeted Somalia and Kenya in those attacks. The group’s increased activity continues to pose threat and significant burden on the countries of the Horn of Africa and more so to regional forces combating them particularly at a time the countries are battling with global coronavirus pandemic.

In the past few weeks increased militant’s activities have been reported from across a number of theaters in Somalia. The attacks trend show that the militants persistently has sustained insurgency in central and southern regions of Somalia.

Last week, over twenty militant claimed attacks were reported. In barely a week, Al-Shabaab has claimed at least four attacks. Two attacks in the capital Mogadishu and two others in Hiran region, central Somalia. Though no attack has been reported in Kenya; mid-week, Force Intelligence Teams (FIT) have reported of increased movements of Al-Shabaab militant close to the Kenyan border with Somalia.

Beledweyne is a city in central Somalia has witnessed increased militant’s activity in a couple of weeks targeted at SNA and AMISOM. Located in the Beledweyne District, it is the capital of the Hiiraan province. The town is situated in the Shabelle Valley near the Ethiopia border, some 210 miles north of Mogadishu. Beledweyne is divided by the Shebelle River into eastern and western sections.

Al-Shabaab remains the primary direct threat to peace and security in Somalia in particular and the Horn of Africa region in general. The uptick in the group’s activity reveals that the region has become a soft flank for terrorist activity in Africa. Though most of the group’s attacks are low-scale raids, they are significant to the group’s survival and relevance.

In the capital Mogadishu, Al-Shabaab gunmen assassinated two police officers in targeted raid in Karaan district while on patrol routine. A radio journalist was also targeted but managed to escape with a gun wound in Hodan district of Mogadishu. Its notable, unlike the previous norms whereby spectacular Al-Shabaab suicide missions were witnessed in the capital, vehicular suicide missions have significantly declined, an indication, CT-operations are yielding.

Djiboutian forces have also become a constant target of Al-Shabaab. Djiboutian-AMISOM troops are in charge of Sector 4 which covers Hiiraan and Galgaduud regions. In Hiraan, Mid-week, Al-Shabaab has claimed at least two attacks on hard targets. One attack targeted the Djiboutian military base in the outskirts of Beledweyne town and the second attack targeted SNA military base in the same town.

The military intelligence sources confirmed that the special forces unit seized Janaa-Abdale, Helishid, Mayonde, and Garascebe villages where Al-Shabaab militants have persistently been attacks against government and partner forces for years. The liberation of villages comes less than a week after the forces liberated other villages including Hawaljiri, Bernasey, Yaq-Bishaar and Osbo.

Al-Shabaab is currently facing some pressure from Somali Special Forces (Danab) supported by allies in Juba region. Reports indicate that a senior Al-Shabaab commander from Nepal in charge of training was killed after Danab forces swept areas of Buurgaduud, Waabo, Salagle and Sakoow in Middle Juba.

The name of the senior Al-Shabaab commander killed has been identified as Ashraf Azmi Abu Hamdan according to military intelligence sources. Intensified COIN operations in Juba region means Al-Shabaab militants possibly back on the drawing board.

Strategic Intelligence (S.I) continues to track and monitor the Islamist militant’s activity in the Horn of Africa region and warns of unchanged militant’s upsurge. This trend if not decisively countered, could deal blows to counter-terrorism gains so far made in the region.

SHMUEL YOSEF AGNON is a Senior Writer and Editor at the Strategic Intelligence (SI). Specializes in writing intelligence reports, geopolitics, military intelligence and crime reports. Agnon holds a Bachelor of Arts in mass media and journalism, and a master’s degree in international media relations from Winchester, University, England.