It is said that the new agreements supporting projects on roads, agricultural systems, water facilities and fisheries, will spur economic growth, helping to support a secure and prosperous Somaliland.

The projects. also, accentuate a development gap in an expanse of area between Maydh and Berbera and Maydh and Elayu of the Sanaag region which is equal to the rest of the country put together.

Mundus (Heiss of today)- famous with the world’s old seafaring trading and traders with its natural harbour and rich frankincense, livestock, farming and marine resources, on the one end. lies at the easternmost tip point of an area it traditionally supplied of not less than 13 000 square kilometres. On the other are Las Koreh and Elayu where situated are the remnants of a once-thriving,  economically astronomical fishing cannery. The area is also so rich with not only another No.1 candidate as an industrial area but, the same as their western neighbouring area, as rich in livestock and agriculture.

The two areas, furthermore, have mining and tourist potential the possibilities of which eclipse the rest of the country dotted with cave-paintings, waterfalls, traces of ancient civilizations and many more historical and archaeological finds in addition to a myriad of other surprises the Al (Golis) mountains hold to visitors and scientists alike.

There are neither roads nor any transport of any kind to serve the teeming populations in these areas to enhance their health, economy or education. They live ‘elsewhere’, in the beyond-the-beyond hinterland where even seeing a midwife is a once-in-a-lifetime luxury in most areas. 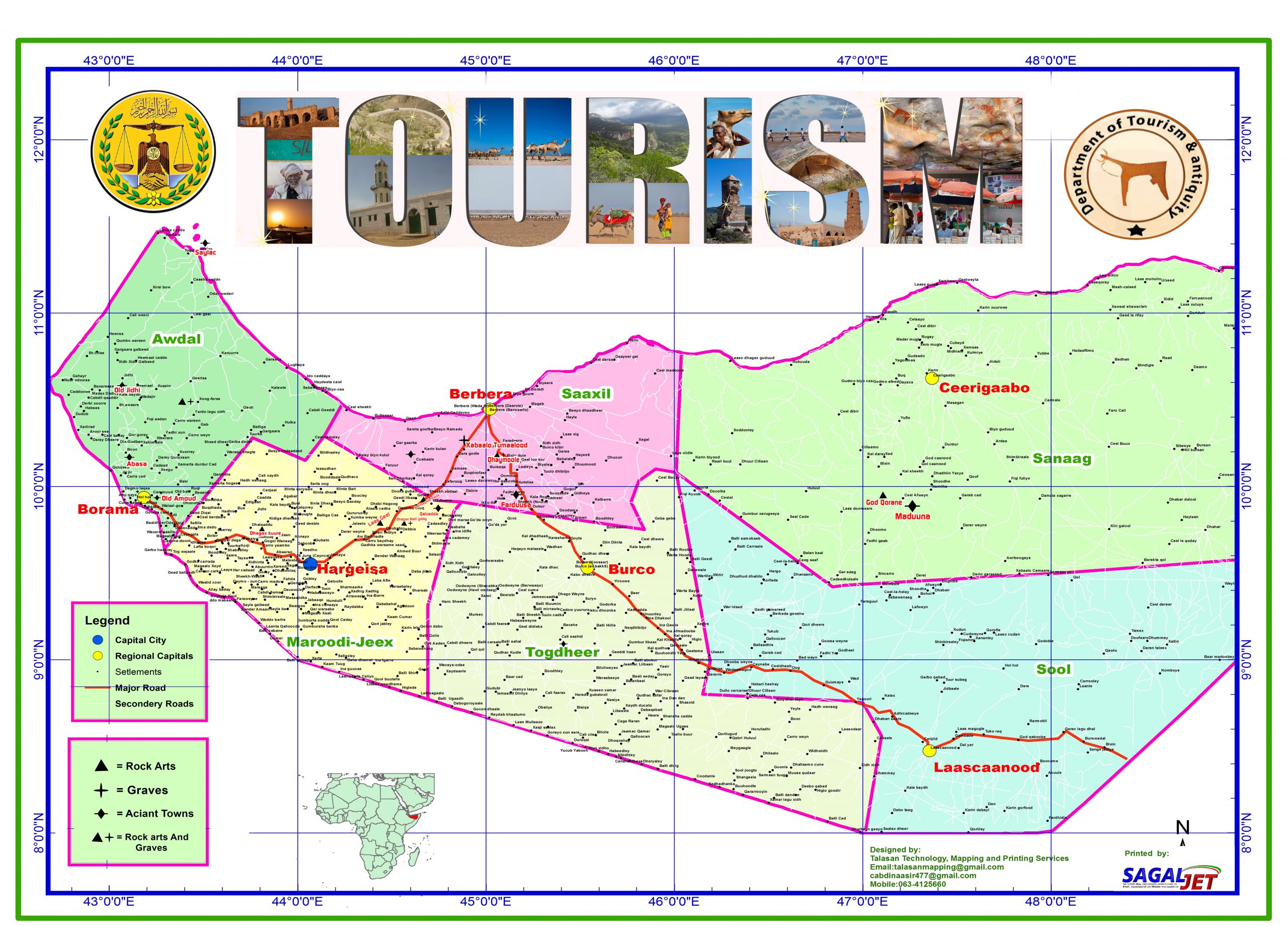 These areas, residents hope, may qualify for a next round from the donors and a closer attention of the government to push it to reduce an economic which had relegated a sizable population to avoidable penury amid plenty.

The projects under this grant, however, are not only timely but the greatest turn of events for Somaliland since the Somalia government renewed its pressure on donors not to deal with Somaliland directly or accord it any special arrangements despite the fact that Somalia has no legal jurisdiction whatsoever over Somaliland.

Under Phase II of the Somaliland Development Fund (SDF2) programme, the UK, Denmark and the Netherlands have approved four agreements with the Somaliland Government to improve critical infrastructure to support economic growth. These projects were prioritised by Phase II of the Government of Somaliland’s National Development Plan, and will improve the lives of hundreds of thousands of people across Somaliland. The new agreements, supporting projects on roads, agricultural facilities, water systems and fisheries will spur economic growth benefitting the region and helping contribute towards a stable, peaceful and resilient Somaliland while improving its resilience to future pandemics through enhanced water, sanitation and hygiene (WASH) infrastructure.

Project 1:Rebuilding of Burao–Sheikh-Berbera road in Togdheer and Sahil regions

The rebuilding of the Burao to Berbera road will include 82km of full asphalt concrete overlay, the resurfacing of bridges and renewal of drainage systems. Improving connectivity between Somaliland’s port and its second largest city will reduce travel time and costs benefiting the 50,000 members of the public who use this road regularly and contributing to economic development by enhancing service delivery and boosting trade, particularly in the livestock, agriculture, and fishery sectors.

Project 3: Support to the Hargeisa Water Agency, supplying water to the people of Hargeisa.

The SDF2 will continue its support to the Hargeisa Water Agency (HWA), which supplies clean water to the people of Hargeisa. This project will allow HWA to extract an additional 4,000 m3 of water each day from Laasdhure aquifer. This project will increase the water available in Hargeisa by more than 20%, to 23,000m3 per day – enough to meet the needs of an additional 200,000 people.

Project 4: Construction of Maydh fishing jetty in the Sanaag region:

The Maydh Jetty will improve interconnectivity by sea between Berbera and the 750,000 people living in the hinterland of Sanaag and parts of Togdheer, spurring regional economic growth as well as facilitating the transport of fish to markets. This support will boost food security, employment and incomes.

The UK is committed to supporting Somaliland lay the foundations for sustainable economic growth. We are announcing today a set of major infrastructure investments in four sectors across Somaliland. We will be upgrading the road from Burco to Berbera, supporting agricultural production in Awdal and Moroodijeh, increasing by 20% the water in Hargeisa, and building a jetty in Maydh to enable exports from Sanaag and Togdheer. These projects will improve the lives of hundreds of thousands of people by creating jobs and unlocking the region’s economic potential. At a time of huge challenges for Somaliland, including tackling COVID-19, this demonstrates the UK’s commitment to the people of Somaliland.

Denmark warmly welcomes the approval of these four important SDF projects and the solidarity shown by the Government of Somaliland and SDF donors to identify priority needs, ensure regional and sectoral balance, and align SDF investments with the priorities of Somaliland’s NDPII. The investments are particularly timely in the face of the Covid-19 pandemic and its economic effects that are only just beginning to emerge. We are confident that these investments will have catalytic effects to spur Somaliland’s economic development and to help support and sustain Somaliland’s economic recovery from this terrible pandemic.

The Kingdom of Netherlands has enjoyed cordial and collaborative relations with the Somaliland Government over many years; and through the projects in the SDF2, the Netherlands is happy to be part of the contribution to strengthening the social contract between the government and its people. These projects will strengthen the positive social and economic growth trajectory of Somaliland.