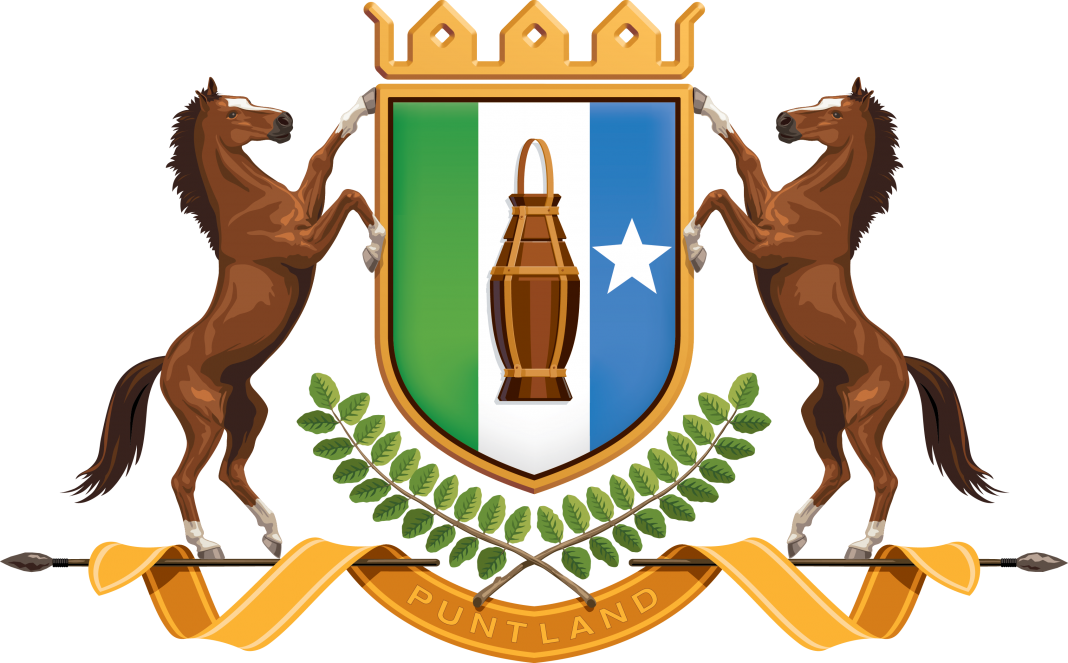 A letter purportedly signed by Dr Abdiweli Mohamed Ali Gass, the former head of the federal Somalia state of Puntland gives Kenya full support in its dispute on maritime boundaries with Somalia.

Abdiweli, reportedly, writes to President Uhuru Kenyatta of Kenya to let him know that not all of Somalia or its federal member states agree with Farmajo on the issue of who owns what of the territorial waters that has taken the two to submit their dispute to the ICJ for arbitration.

“the claim of Somalia that the maritime border to continue along the line of the land border to the southeast is illegal; the sea border should go in a straight line east,” the former President of this Somalia state argues – ostensibly.

Abdweli, supposedly, comes to the onus of his communication.

“Please count on the support of the Puntland State of Somalia in protecting your rightful territorial waters. 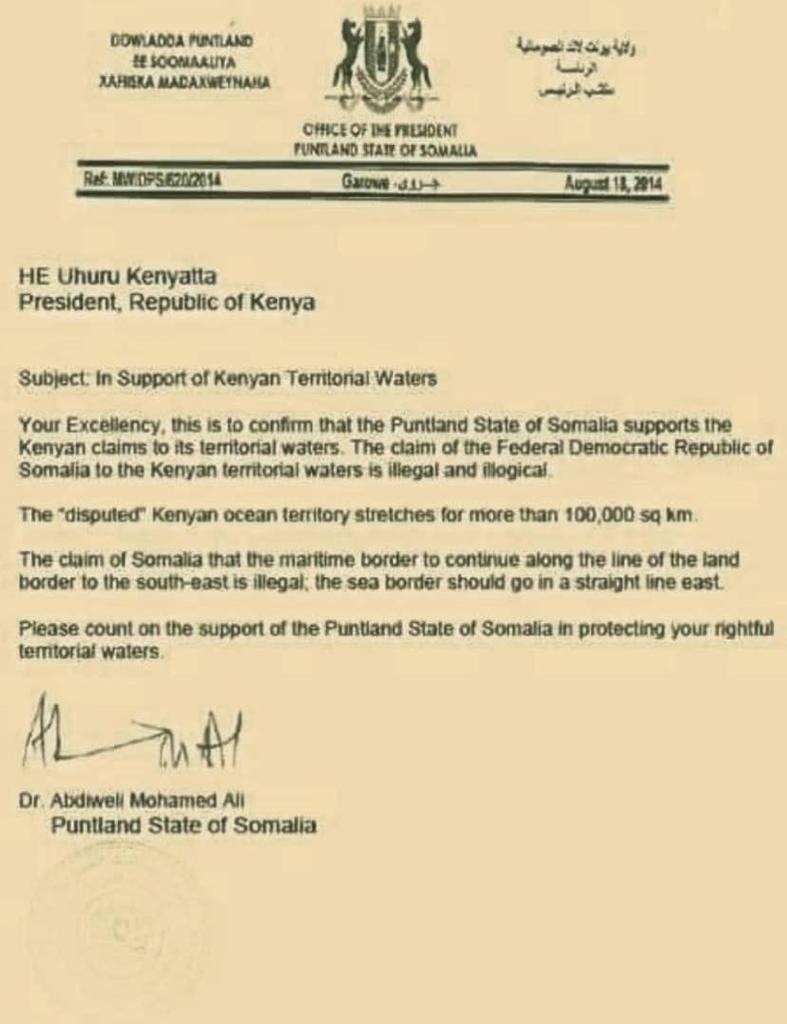 As much as one may wish to doubt the veracity of the letter due to all the logical and lexical errors it contains, it could still be a bona fide communication of support on the part of yet another Somalia state to Kenya.

Jubaland, which is much aligned with Puntland at many fronts, is known to support Kenyan claims more than it does Mogadishu.

Both States, political observers contend, have been long angling for sovereign statehoods completely out of the sphere of influence of a Mogadishu that holds on only to a flimsy, indefensible claim over the rest of Somalia and its federal member states of Puntland, Galmudug, Hirshabelle, Southwest and Jubaland.

The letter could be a tactical overture to lay the ground for a call of reciprocal support when the time came.

Again, this could be a total fabrication released for reasons only known to the authors.