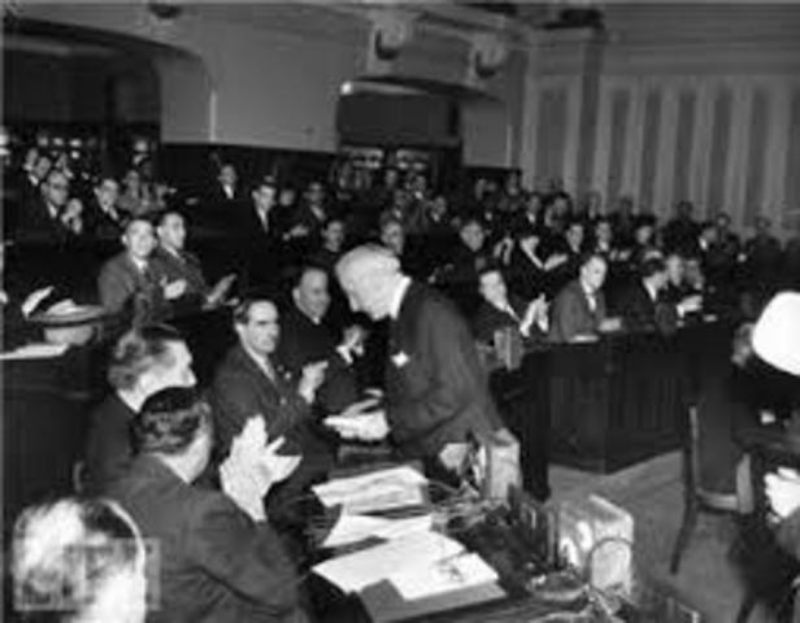 Before we shed light on Somaliland’s past and present status-quo, let’s take a brief glance at the Montevideo Convention in order to assess whether or not Somaliland meets the requirements of being classed as ‘a new country’.

The Montevideo Convention on the Rights and Duties of States is a treaty signed at Montevideo, Uruguay, in December 1933, during the Seventh International Conference of American States.

The Convention codifies the declarative theory of statehood as accepted as part of customary international law.

As such, the convention sets out the definition, rights and duties of statehood. The most well-known of these is Article 1, which sets out the four criteria for statehood that have been recognized by international organizations as an accurate statement of customary international law:

The state as a person of international law should possess the following qualifications:

(a) A permanent population;

(b) A defined territory;

(c) An effective government; and

(d) Capacity to enter into relations with the other states.

This convention laid the foundations for the criteria of statehood and codified the Declarative Theory of Statehood.

Given the above elements being the basic ingredients of statehood, any country to be born or secede from another must fulfil these requirements.

The question, therefore, catapults here, has Somaliland, and indeed our newest ally Taiwan met all of the conditions and requirements to be a state?

Before we try to answer that, let us give a glimpse on what Somaliland holds in her hands.

Somaliland was a former British protectorate in the Horn of Africa, and declared its independence from the rest of the Somali Republic in May 1991, following the collapse of the military regime in Mogadishu.

Although not recognized by a single country at that time, Somaliland has followed a very different trajectory from the rest of the “failed state” of Somalia, embarking on a process of internally driven political, economic and social reconstruction.

Somaliland’s democratic transition began in May 2001 with a plebiscite on a new constitution that introduced a multiparty electoral system, and continued in December 2002, with local elections that were widely described as open and transparent.

In June 1960, Somaliland and Somalia made a union. That union could be described as unconditional surrender of sovereignty by Somaliland as long as there was never an act or documented memorandum between the two sides.

It gave up its right to being a state. It inherited all kinds of despotic and unfair treatment from that union, and the result: an horrific massacre, bias, corruption, injustice, dictatorship and more.

The winds of freedom blew, struggle began taking root, and people opted for the road to liberty.

Thirty one years went by.

Conditions deteriorated and the greater Somalia descended into civil war, leading to absolute chaos and anarchy.

Out of the ashes, Somaliland reclaimed its lost independence, in May 1991, and afterwards and since, has governed itself as a de-facto state to this day.

It has a strong effective government that controls the whole country, it has a legislative branch, and all required parts of a functioning military.

The executive, legislative and municipal councils are elected by the people on a one-man-one-vote principle. Somaliland has achieved a tremendous amount when compared to its neighbors in the region.

Somaliland today has an estimated population of about 3.8million, this point is the first element of the Montevideo Convention achieved!

It has a defined territory crafted by the European colonial powers in 19th century. And this sentence is the second element of statehood achieved as declared by the same convention.

Similarly, Somaliland has the capacity to enter relations with other countries. For example the last two agreements reached between the UAE and Somaliland to build a military base in Berbera, and for Dubai Ports World to invest half a billion dollars in the port in Berbera.

It has this capacity! And it meets this criterion!

So what’s left? What is next?

Does Somaliland meet all requirements to become a new state? I think the answer by now is a resounding yes.

Somaliland deserves to have her say in the United Nations.

It has ticked all boxes of being a sovereign state. It is time Somaliland has her voice heard by the international community and gets full recognition.

This article first published The Taiwan Times and it is the second in a series of articles about Taiwan’s newest diplomatic-ally: Somaliland