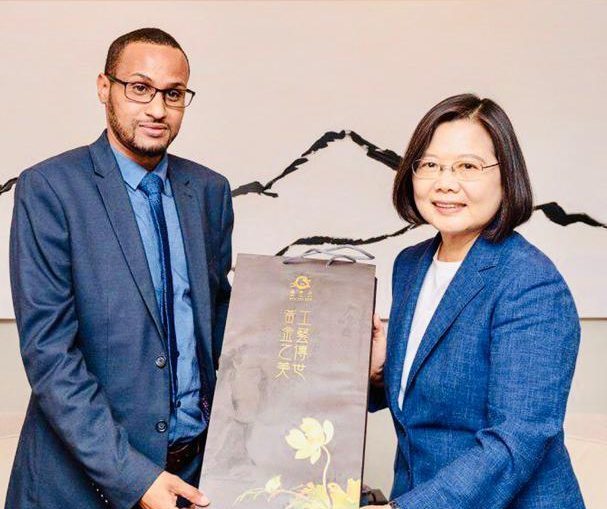 A pact between the world’s two least-recognized states highlights progress in defining what binds a country.

Two of the world’s most marginalized states, Taiwan and Somaliland, signed a pact this month. On the face of it, the agreement is not a big deal. It calls for an exchange of representatives as well as cooperation across a range of areas from fisheries to technology. Yet for each, it is also a cry for global recognition and a mutual effort to reimagine their national identities. Their attempt to bolster each other is an example of humanity still learning how nation-states can bind a community by the way they define the common good.

Taiwan’s bid to be a free and democratic state has been frustrated for decades by mainland China, which claims the island as its own. All but 15 small countries recognize Taiwan. Somaliland began to reclaim its identity after breaking from Somalia in 1991, when the latter collapsed. Since then, while Mogadishu has seen a continuous succession of weak governments, Somaliland has been a comparative model of stability. Yet despite holding repeated elections and printing its own currency, it has not been recognized by even a single country. (In June, it did open a trade corridor for Ethiopia, which allows that landlocked neighbor to use the port of Berbera on the Gulf of Aden.)

In the three decades since the end of the Cold War, the map of countries has had to be altered 34 times as nation-states broke apart or reunified. Taiwan and Somaliland, each struggling for assured independence from a threatening neighbor, may soon force another upgrade in world atlases.

Most of those new states emerged after the collapse of the Soviet Union and the disintegration of Yugoslavia. Some countries, like Germany and Yemen, erased fault lines dividing them. Others, like Czechoslovakia, separated amicably. But a key question is by no means resolved: Is it possible to move beyond historical and exclusionary factors such as boundaries and ethnicity as the defining characteristics of state formation? Are there other ways to connect people with an inclusive identity? In the United States, this is the premise underlying the aspirations of the racial justice movement as well as the creative opportunity in Mississippi as it sheds its Confederate symbols.

Get the Monitor Stories you care about delivered to your inbox.

Elsewhere in the world, the pursuit of nationhood remains defined or cleaved by ethnicity and restrained by external interference. That is the case for Kurdish and Palestinian aspirations. But nowhere presents a more concentrated laboratory for reimagining how nations are constituted than the Horn of Africa. The two most recent states in the region to gain recognition and independence, Eritrea and South Sudan, were forged by prolonged wars. Ethiopia, a federation of nine states defined by ethnicity, is increasingly fragile.

Is it possible for a people to seek a peaceful path toward recognition as a state? By looking toward each other, Taiwan and Somaliland are each making a claim to national legitimacy based less on ethnicity and historical experience than on democratic practice and economic development. A wider embrace of their aspirations could bring welcome stability to their respective.