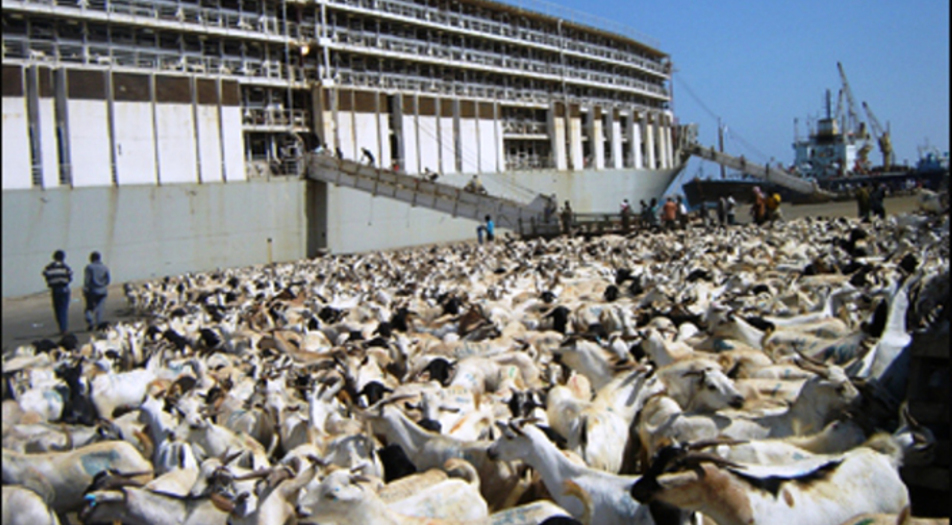 With the annual Muslim pilgrimage to Mecca, or hajj, canceled this year because of the coronavirus pandemic, the socio-economic lives of Somalis have been dealt a serious blow.

Livestock accounts for almost 80% of Somali export earnings, providing nutrition and income to more than 60% of the population, according to a report by the Food and Agriculture Organization.

“I have to sell my animals whenever I hear there is a market right now. COVID-19 has really affected us who used to export animals all the way to Saudi Arabia for Hajj,” livestock trader Cabdi Axmed told Anadolu Agency at an open-air Barwaaqo-sooraan market in Hargeisa, Somalia.

He is part of routine cattle exporters of goats, sheep and camels in Somaliland and noted the cancelation of the annual pilgrimage left the entire Somali livestock industry at a crossroads.

Many traders who have a surplus of animals reared for hajj are facing challenges.

“I have sold hundreds of thousands of cattle to Saudi Arabia in my lifetime, I have never seen anything like this where there are no markets here locally in Somalia and abroad,” exporter CabdiRaxmaan Burhaan told Anadolu Agency.

Annually, millions of heads of cattle are slaughtered during the hajj season to feed more than 10 million pilgrims from 185 nations who travel to Mecca.

“To meet demand Saudi Arabia imports over 3 million head of cattle during the Hajj Season – almost one million imported from Sudan, Somalia and Djibouti,” according to a 2019 report by the Veterinary Medicine and Science.

“Right now we are battling with not only the coronavirus but also, water scarcity and droughts, which are all killing our animals, if the markets in Saudi Arabia were open then most of the healthy animals could have been sold for Hajj and we wouldn’t have incurred losses,” said Axmed.

Livestock traders spoke of “empty pockets” because of the coronavirus. “We are very disappointed spiritually as pilgrims because even I wanted to travel to Mecca, our economy, our country relies on Hajj, so many lives are going to be ruined … maybe even lost because of this,” said Axmed.

With nothing in the pockets, there is “no way to feed our families. None of these traders have anything. We were all relying on the market,” he added.

The Somali economy has benefitted from the export of sheep and goats to the Arabian peninsula, cementing its position as a global leader in the export of cattle. But COVID-19 has greatly affected the market and spelled doom for hundreds of thousands employed in the industry.

“In 2010, a total of two million three hundred and fifty-two thousand (2.352M) sheep and goats were exported through the Berbera port (including from Ethiopian sources).

Of this total, one million six hundred and twelve thousand (1.612M), equivalent to 69% of the sheep and goats population, were exported between September and November for the Hajj festivities,” according to a report by the African Unions Inter African Bureau for Animal Resources.

Local businesses are keeping many afloat during these challenging times, though markets have been flooded with cheap livestock leaving traders counting losses.