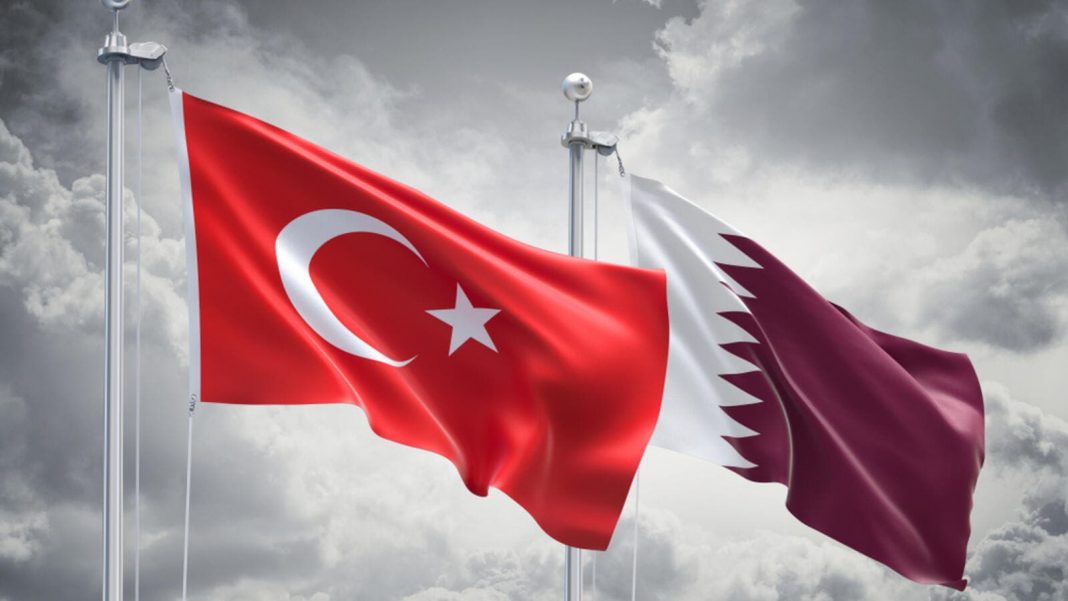 The visit of Turkish Defense Minister Hulusi Akar to Qatar, and the announcement of his reception by Prince Tamim Bin Hamad Al Thani in the capital Doha, raised several questions about the visit’s goals at a sensitive time passing through the Middle East. The visit was most likely linked to the Libyan file, which is witnessing rapid developments on the political and military scenes.

The Qatar News Agency tweeted on Sunday, that the Prince of Qatar, Sheikh Tamim Bin Hamad, received in Doha the Turkish Minister of Defense, Hulusi Akar, without revealing more details about the visit.

The surprise visit of Akar to Qatar came one day after the Pentagon issued a report in which it revealed that Turkey sent between 3,500 and 3,800 paid fighters to Libya to support the Government of National Accord militias, in reference to the Syrian mercenaries transported by Turkey to Libya.

What the American report revealed about the violations of the Turkish regime and the dispatch of Syrian mercenaries in Libya, had already been revealed by many previous local and international reports, but the Pentagon’s report at that time represented an international embarrassment for Ankara by its American ally at a time of increasing international calls rejecting Turkish interference in Libya. Some have argued this report prompted Akar’s visit to Doha and his meeting with the Qatari Emir. It could actually be that the report caused a shift in the Turkish view on the use of Syrians in the Libyan war and their replacement with other nationalities.

Over the past 7 months, since Turkish President Recep Tayyip Erdogan announced military intervention in Libya, Turkey has moved thousands of Syrian mercenaries to Tripoli to support the GNA’s militias in its battles against the Libyan National Army (LNA).

The analysis of some stems from the fact that Turkey may try to use mercenaries from other nationalities in Libya, and that the Turkish Defense Minister’s visit is related to this matter since Doha has always been a base for the training of Somalis and a starting point to distributing such fighters across conflict regions in the Middle East.

Last August, a published report revealed that a number of Somali intelligence officers were undergoing training in Doha, in what some considered to be a Qatari interference within the security services of countries in the Horn of Africa so as to exploit them within the Qatari spheres of influence in various areas of Africa and the Middle East.

According to a Libya Review source, Turkey is now weighing up other options, which may include sending a number of Somali officers to support the GNA in Libya.