SomTribune
Home Culture/Religion With Somalis, Why a Quiet Hajj Hurts 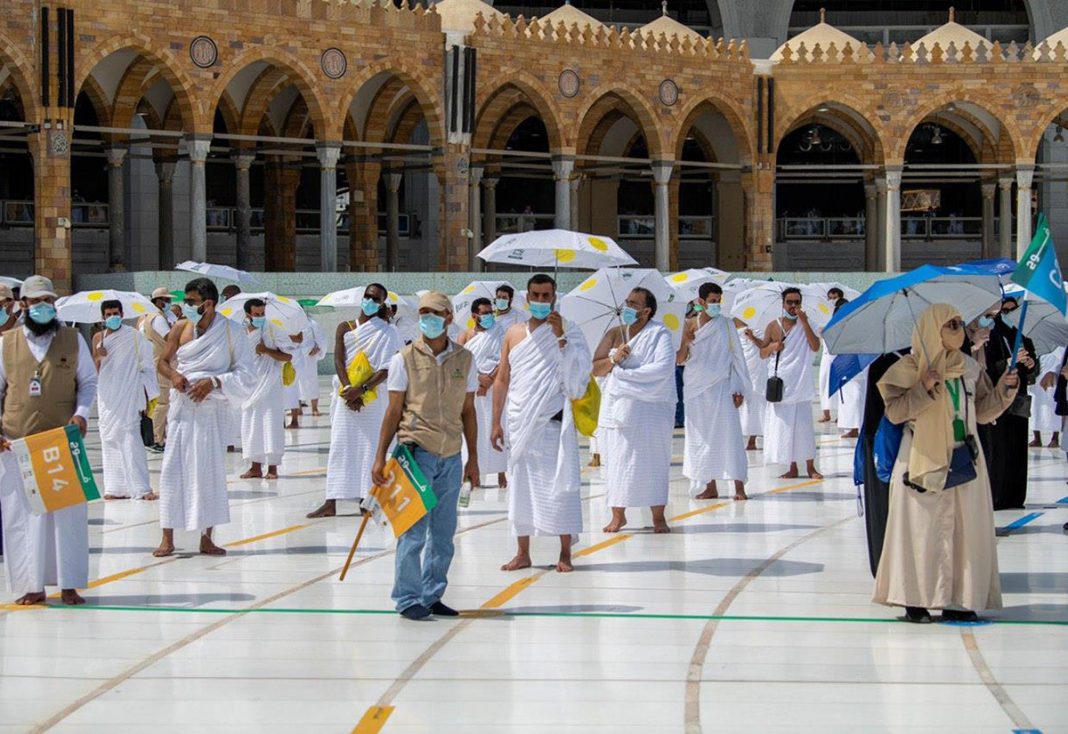 The annual hajj pilgrimage to Mecca was slated to begin this week. In normal times, pilgrims from around the world would be flocking to Islam’s holiest site, where they would take part in days of rituals central to their faith. But these are not normal times. As a result of the coronavirus pandemic, Saudi Arabian airports are quiet and the Kaaba may welcome thousands of worshipers rather than millions. And as strange as the scene may seem in Saudi Arabia, the economic shockwaves around the world will be even more disquieting. The effects have reached as far as rural Somalia, where they have raised troubling questions about livelihoods and stability around the region.

To feed the 2.5 million pilgrims who visit Saudi Arabia during a typical hajj, the country imports more than 3 million animals, which also includes livestock for sacrifice. Many come from Somalia, which typically sends about 40 percent of its sheep and goats, to its Arabian trade partner. Overall, livestock makes up nearly 75 percent of Somalia’s total exports and provides income to 60 percent of the population.

Usually the month around the hajj would be a good one, economically speaking, when Somali farmers could meet their own food needs and pay back debts accrued in the dry season. But this year, not only has COVID-19 put the hajj on hold for many, but it has also led to border closures with other countries—including Kenya—that also import Somali animals. In turn, Somalia’s livestock exports have plummeted by roughly 50 percent, thinning out already meager livelihoods.

It isn’t just those who raise the animals who are in trouble. With as many as 20 families involved in the sale of each animal—producers, local traders, transporters, feedlot owners, brokers, and exporters—a breakdown in the supply chain could throw the fragile nation into crisis. Animals are being sold locally at prices so depressed that farmers can barely cover their basic necessities, which are becoming more expensive as trade slowdowns raise the prices of imported staple goods.

“We are experiencing a difficult time. We have products ready for sale and no ready market,” Abdi Omar, a livestock trader in El Barde, a town in southwestern Somalia, said in July. “The local market does not have capacity to accommodate more livestock.” Farmers like Omar may be tempted to allow their animals to graze until prices rise. Yet, there are a couple of problems with that plan.

First, historic plagues of locusts have devastated pastures. With more animals and less feed, herders are forced to migrate to new rangeland. There, many of them encounter intertribal hostilities or conflict between the government and other armed groups, which may confiscate cherished herds that represent an entire family’s wealth.

Second, increasingly poor grazing conditions caused by flooding are raising the specter of disease, including worms, Rift Valley fever, and even hide porter’s anthrax, which can cause sudden death of animals. Efforts to improve livestock health, like that by Action Against Hunger, where I work, are facing new hurdles. A consortium to train and certify 120 community-based workers on basic diagnostic and treatment techniques, with private-sector loans to start veterinary businesses, had treated livestock that supported 30,000 households, or 210,000 people, before the pandemic. But that system quickly falls apart when farmers don’t have money to pay for the services. Without functioning markets to sell the animals, local incomes have dropped alarmingly.

Third, after moving tens of thousands of animals even farther from urban areas in search of pasture, and with scant refrigeration or means to produce shelf-safe products, producers are having trouble getting their milk to market. That poses another significant health challenge. In Somalia, milk is a staple among the urban poor, as well as 2.6 million internally displaced people. It’s particularly key to preventing malnutrition in children and pregnant women, but milk is becoming a rare commodity in cities, and prices have increased by 30-50 percent in all regions. These cumulative challenges are expected to leave 50 percent more people, 3.5 million Somalis, needing urgent food assistance by September.

The avenues for support are narrowing. Somalis may normally turn to the diaspora for help, but COVID-19 lockdowns and economic woes are causing the sharpest remittances decline in recent history. And emergency international humanitarian relief is slow to come. From previous work, we know that $60,000 can cover medicines, staff stipends, and logistics to treat 6,600 head of livestock. But international donors are struggling to meet existing obligations, and they appear unlikely to provide more money. If people aren’t reached in their villages, the world should brace for a massive displacement of people in search of help and jobs in urban areas.

There must be a path back from the brink of catastrophe, and one route may be to rely on the networks that groups like Action Against Hunger have spent so long fostering. Today, in the areas we work in, inclusive village-level development committees of young people and faith-based leaders select new people to join their livelihood programs, which help villagers start farms, connect with markets, and develop long-term adaptive capacity to withstand future shocks. The committees prioritize people in greatest need, and 60 to 70 percent of program participants are women or households with malnourished children. Multiple village groups together form the El Barde Livestock Marketing Association, which works with traders to gather local livestock works and connect them to exporters, creating value-chain efficiencies.