At a two-day training workshop, IOM, in conjunction with the Somaliland Ministry of Information, held for senior journalists, Minister Koore urged ethical reporting at all stages and particularly when reporting on vulnerable groups and individuals such as migrants.

“Reporting is not all about character assassinations and bland reporting on ministers opening or closing functions. It shapes our everyday life, attitudes and behaviour reaching up to the highest office in the country as it does every home,” Minister Suleiman Yussuf Ali Koore stated.

The Minister pointed out that making a name for oneself in the profession does not come easily.

“A choice every journalist has to make early in his/her professional career is whether to become notorious on riding piggyback on people’s reputations and privacies or famous as a responsible, ethical reporter separating personal beliefs, grudges self-interest from the useful – contributing positively to society,’ he said.

The Minister hoped that participants at the workshop would take full advantage of the opportunity provided by the content of the workshop.

“Humane approaches and considerations must guide our coverage of vulnerable groups and individuals such as migrants. Negative mindsets have no place in this kind of reporting. The objective is that you gain further insights into how we handle sensitive situations such as those that migration entails,” Minister Koore said. 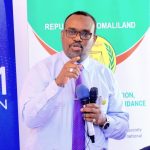 Speaking of two television offices which the government closed recently, the Minister said there were ongoing negotiations that may end in an amicable settlement.

“Our respect to the media and their independence knows no bounds but stops short of giving them a carte blanche permission. The Constitution, national sovereignty and security must not be tampered with. Violation against any or all of these three areas touches on the very core of our statehood. They must be respected and upheld at all times,” he said.

Minister Kore stated that there was hope that the rescinded operational permits which affected Universal TV and Star could be reactivated.

“There are negotiations between us and the affected stations. Once we come eye to eye with attitudes and approaches to coverage of issues relating to the national constitution, sovereignty and security, a settlement cannot be ruled off. Intentional violation against these core principals must be left behind,” he said.

The Minister intimated that talks between the Ministry and the stations were proceeding in a promising manner.

Liban Mohamoud Essa, Acting Head of the IOM Somaliland office, hoped that the workshop, once it ended, would inspire reporters to positively and constructively report on migrants and migration. 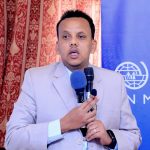 whether it be related to immigrants streaming in or emigrants leaving the country,” he said.

IOM, he said, extended to support to immigrants wishing to repatriate providing them technical skills, guidance and the means necessary to re-assimilate in society.

“Raising awareness on the perils of illegal immigration can go a long way in preventing unnecessary hardships, uncertain future and – in many cases – death and incarceration in foreign countries far away from anguished families,” Liban said.

IOM, he said, was ready to continue equipping journalists with the necessary support to continue building capacity to professionally cover migration issues.

Abdirahman Dayib Askar of the same office and a writer on migration issues and Faisa Barre played a critical role in putting together the workshop in collaboration with the Planning Department of the Ministry of Information and National Guidance. 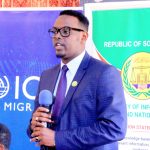 Abdilkadir Dayib Askar, Director of Planning at the Ministry, established that the ministry has drawn a plan which aims to build technical and professional capacities of the reporter.

“Regardless of whether a reporter worked for the state or for an independent outlet, it is our duty that we strengthen their capacities to report fairly, accurately and responsibly,” Abdilkadir said.

A leading objective behind the planning of this particular workshop was to raise awareness on migration at the reporter level through whom the society could be influenced, informed and be brought aboard.

The selection of participants fitted the occasion well. 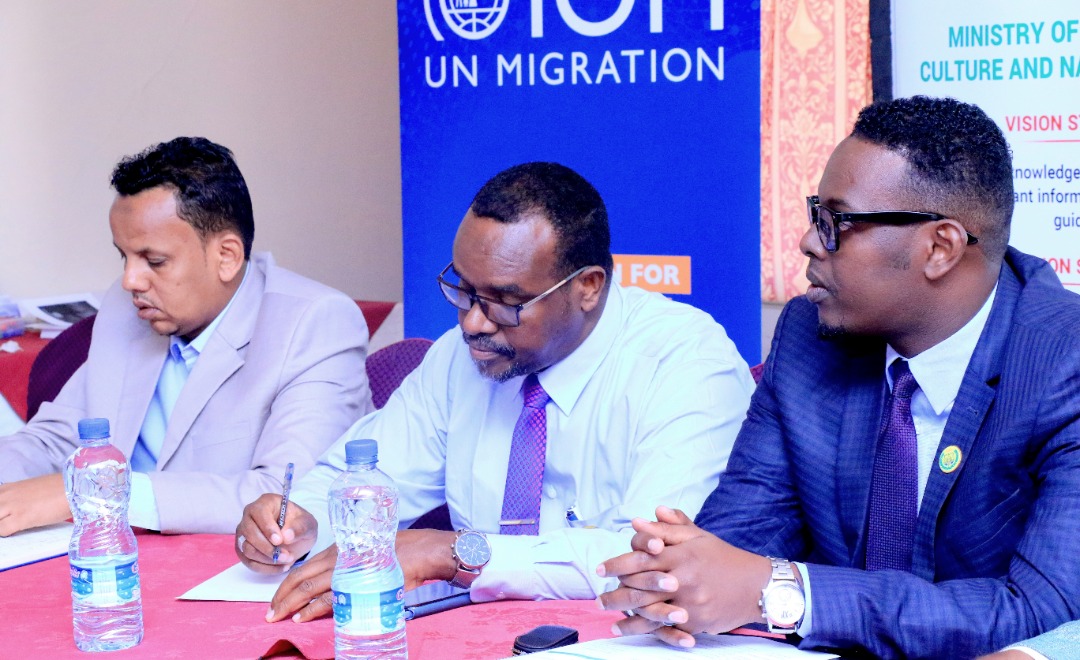 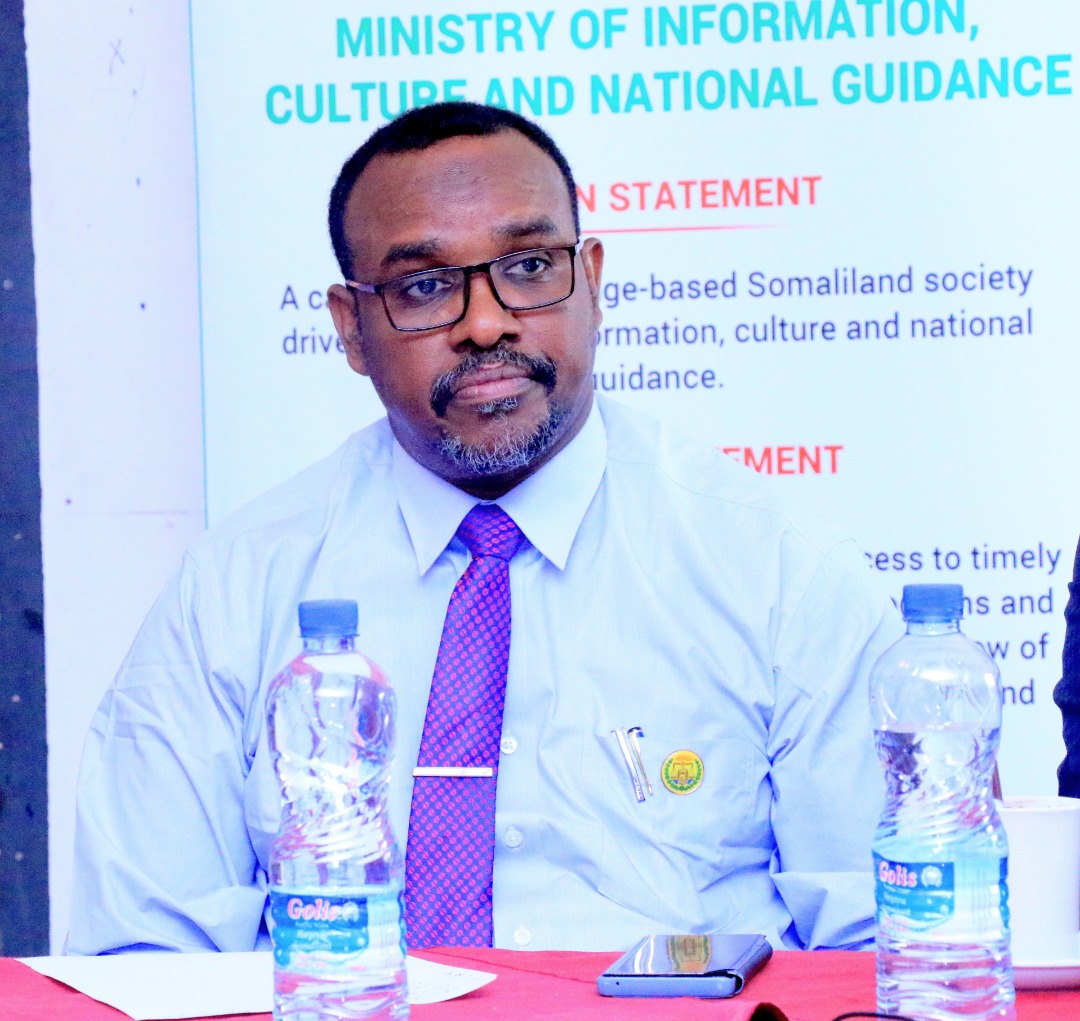 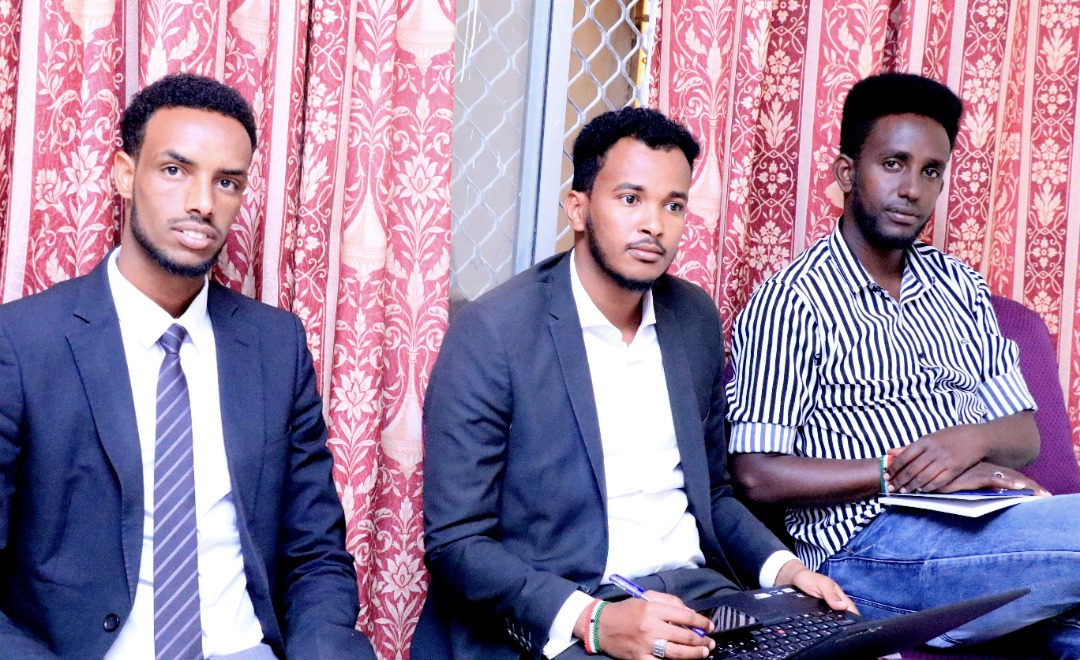 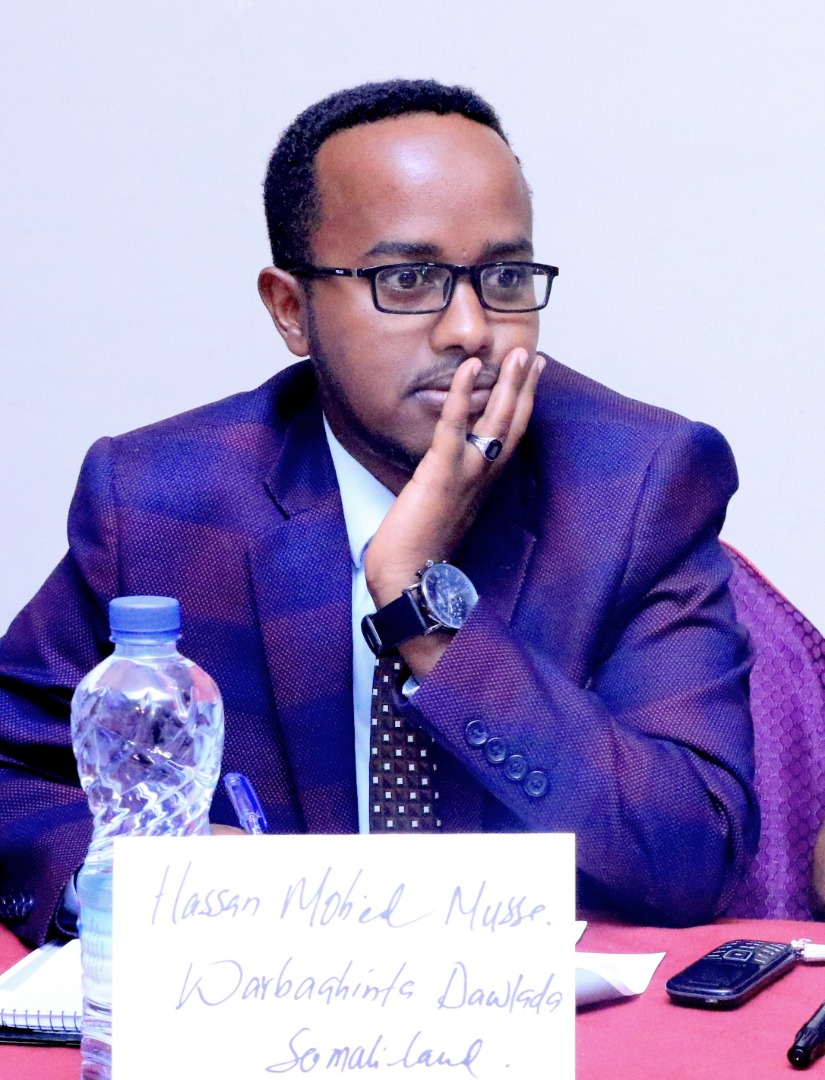 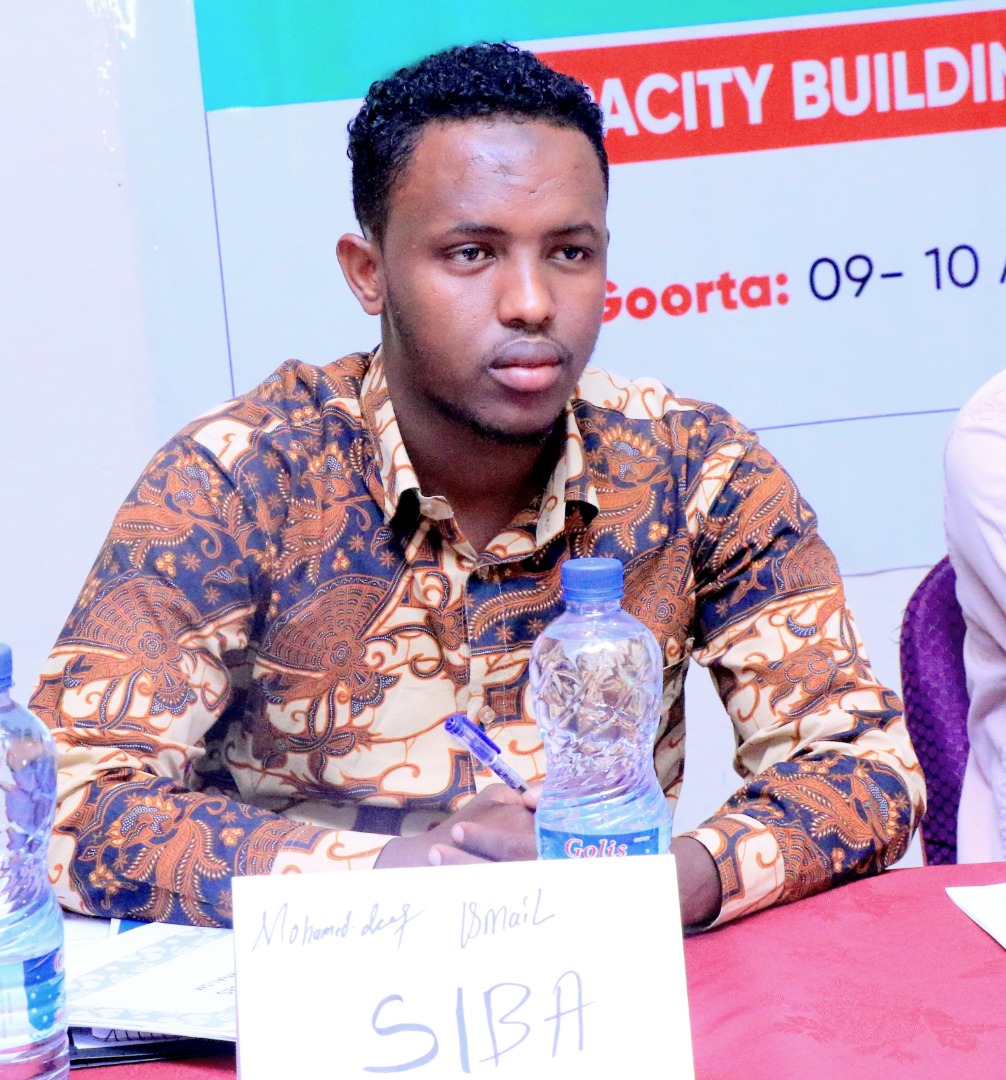 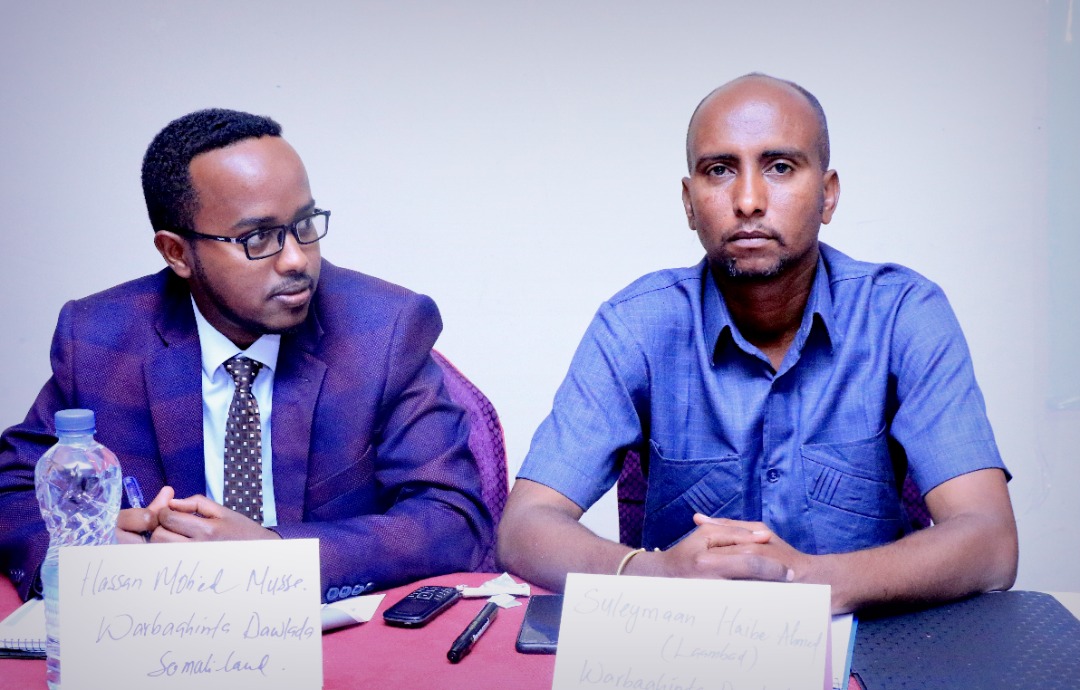 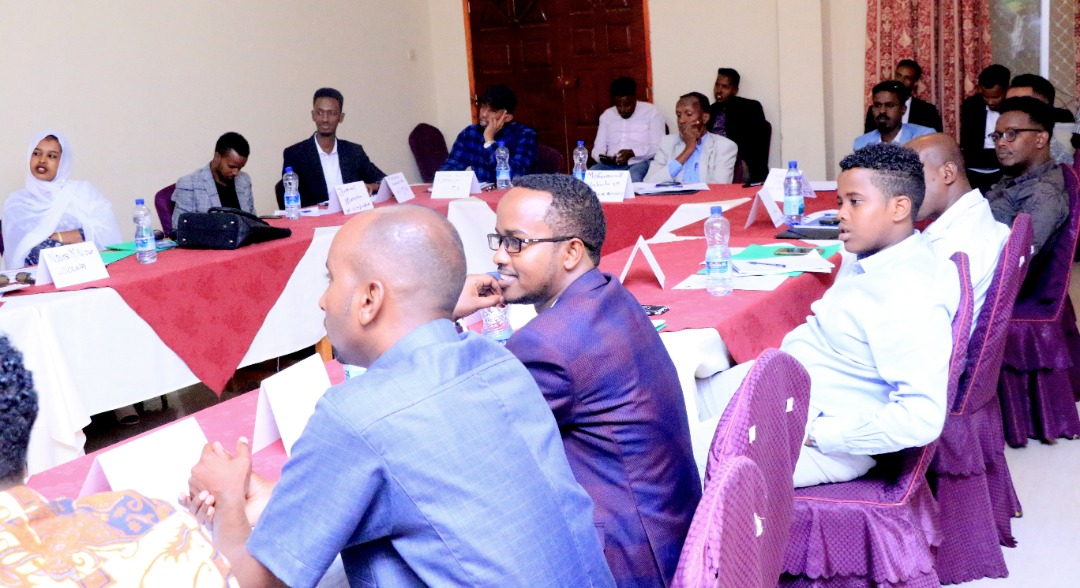 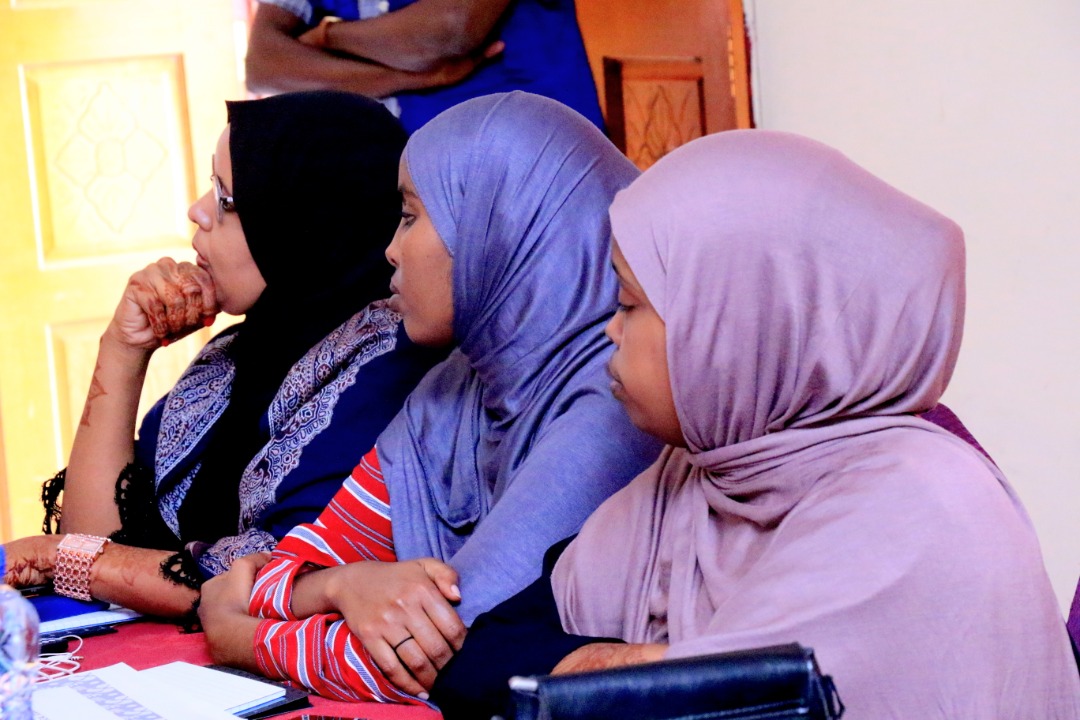 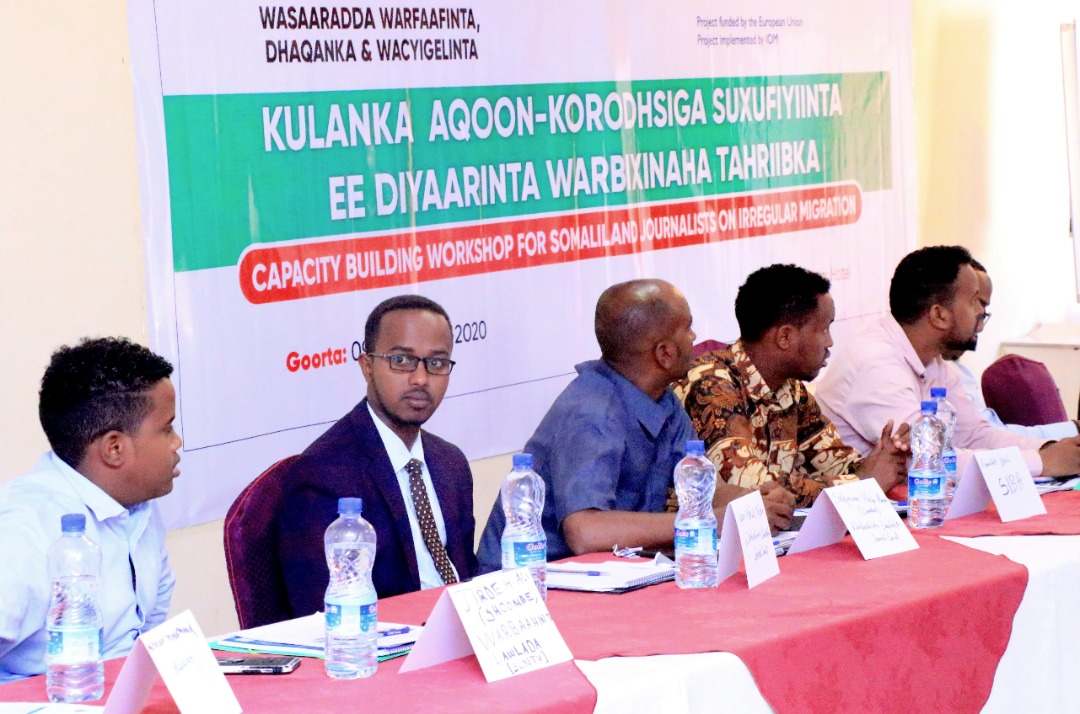 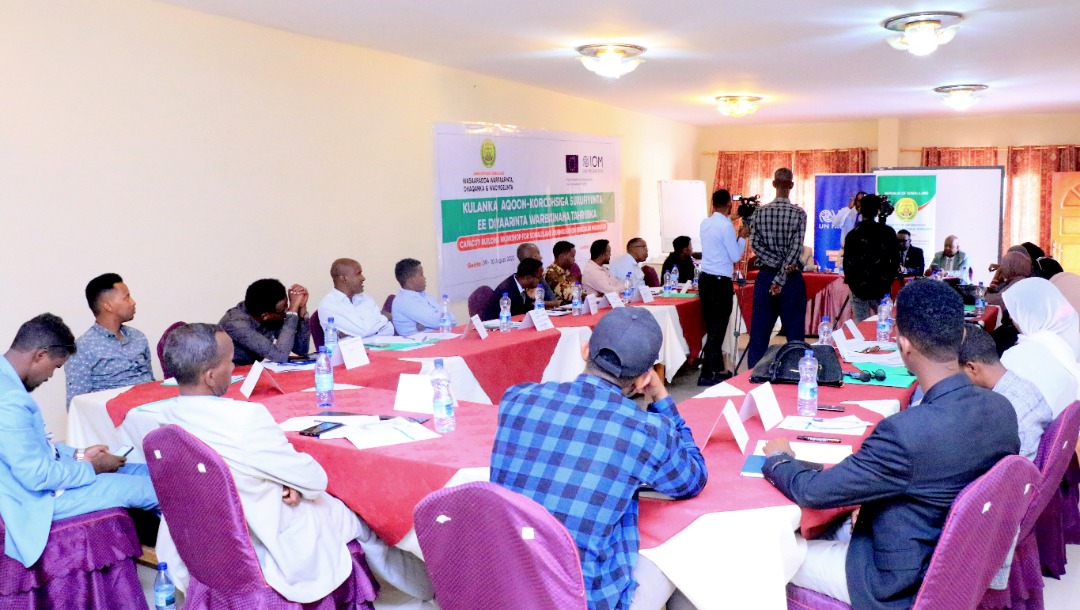 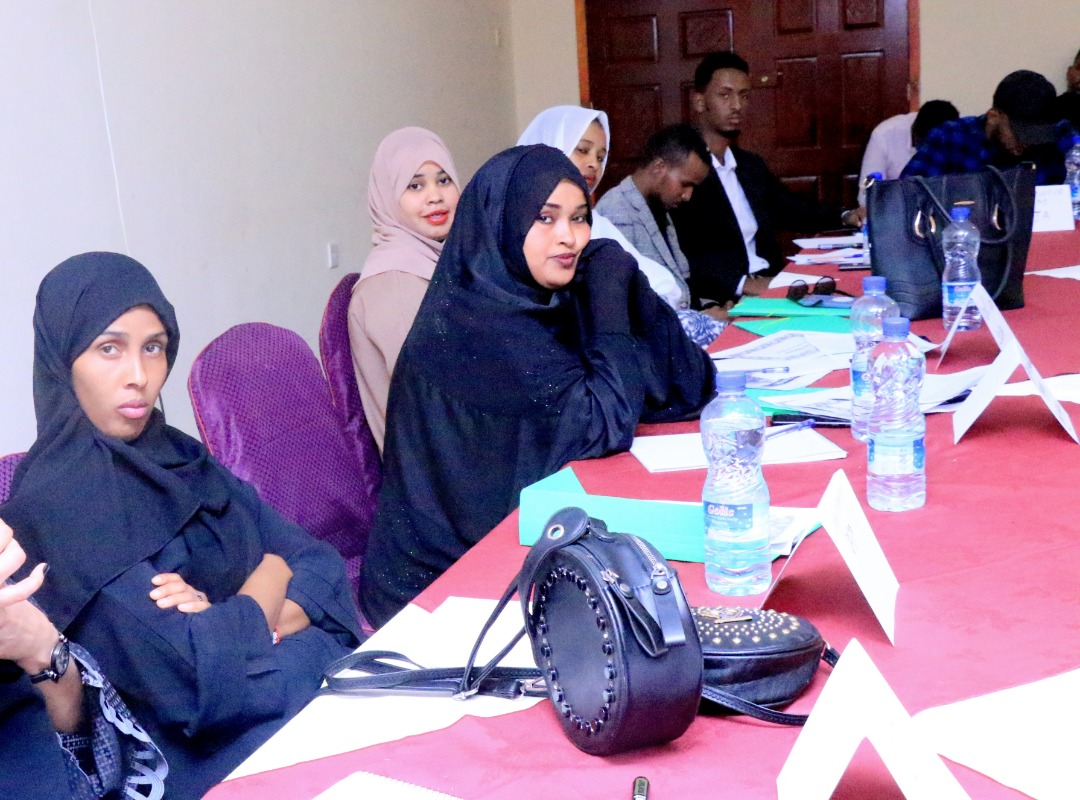 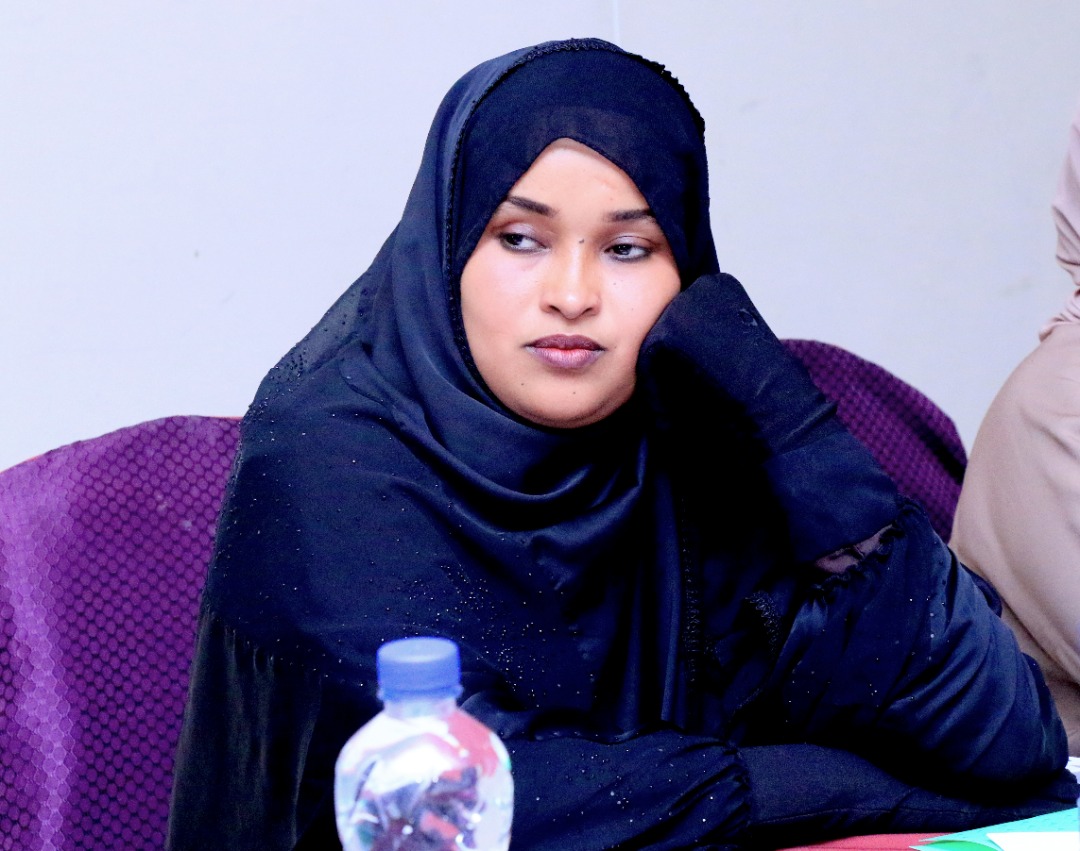 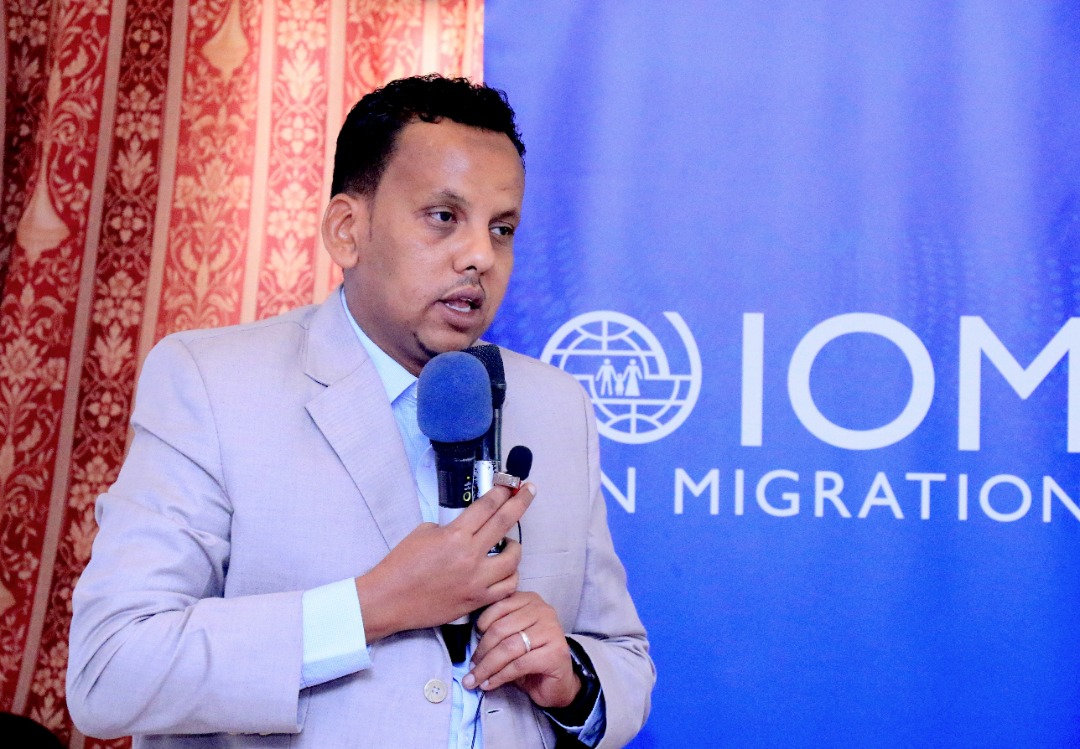 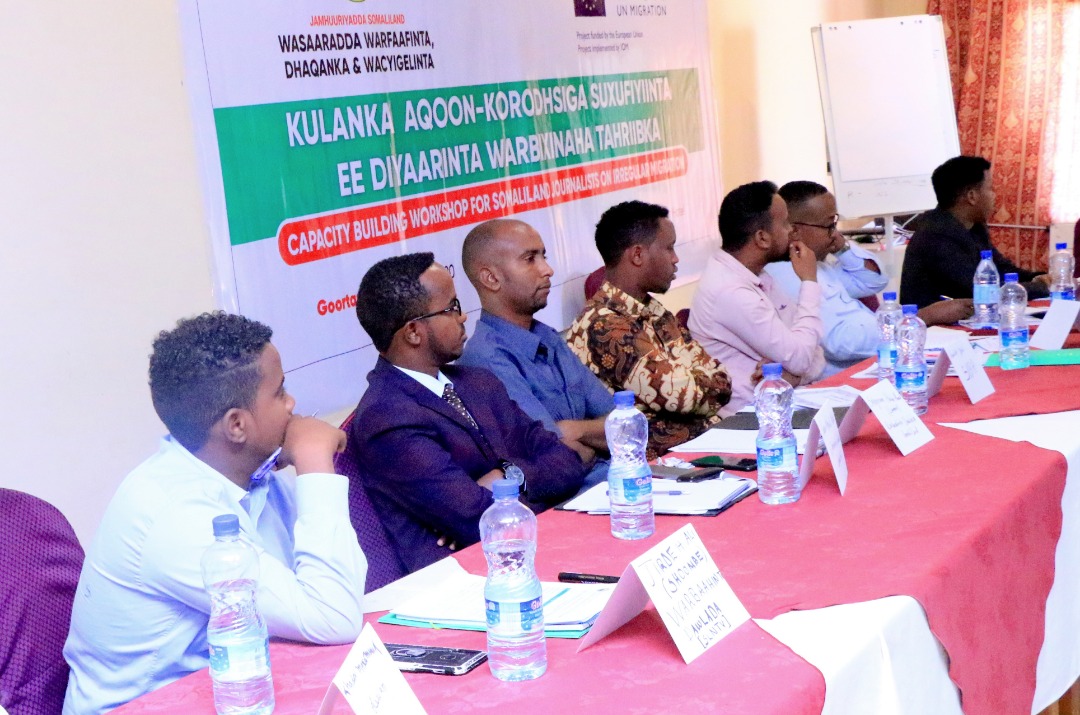 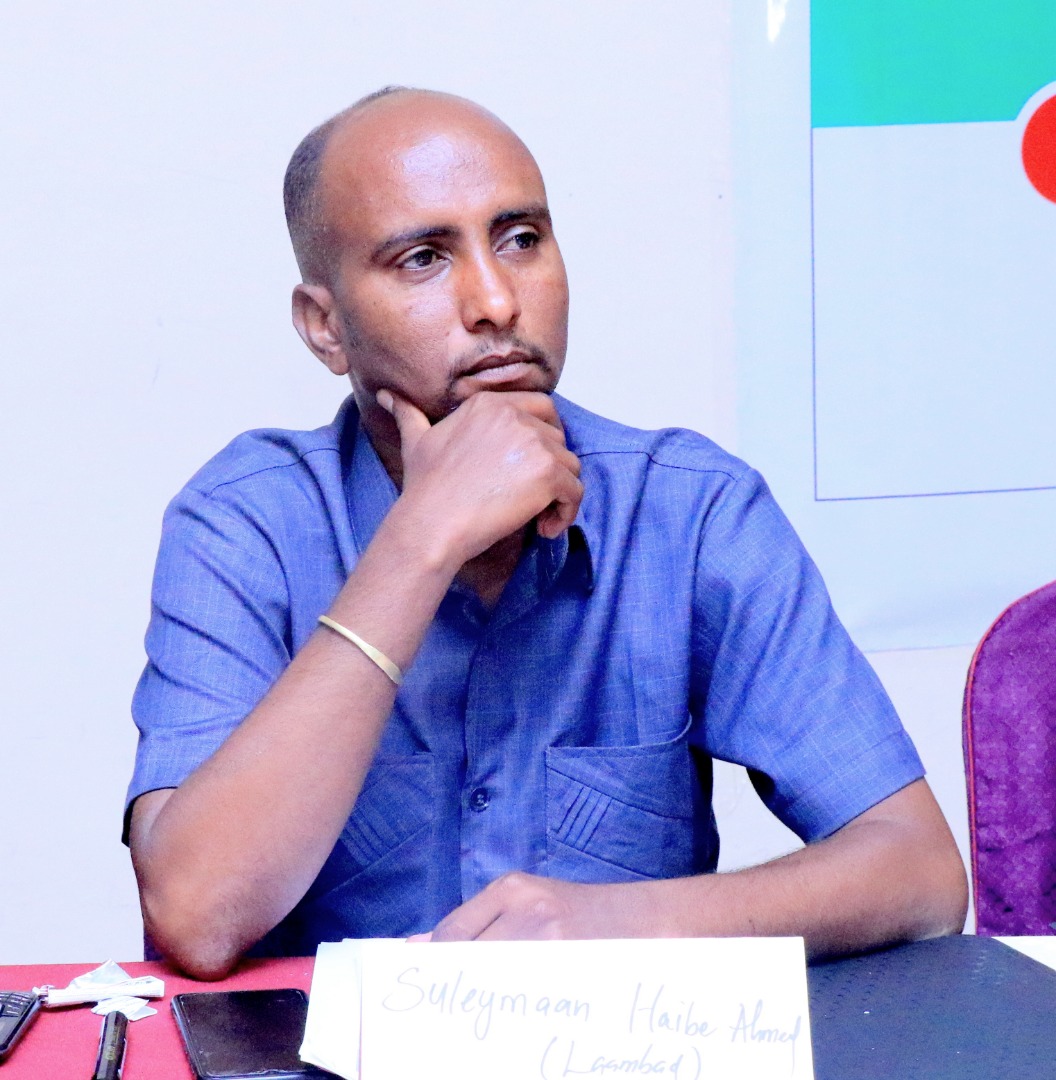 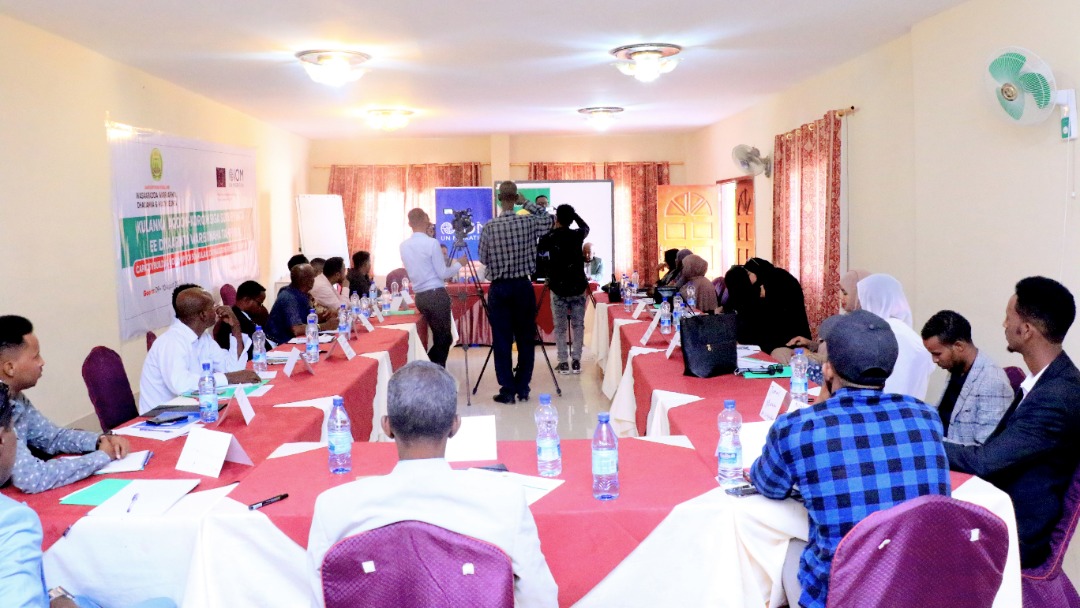 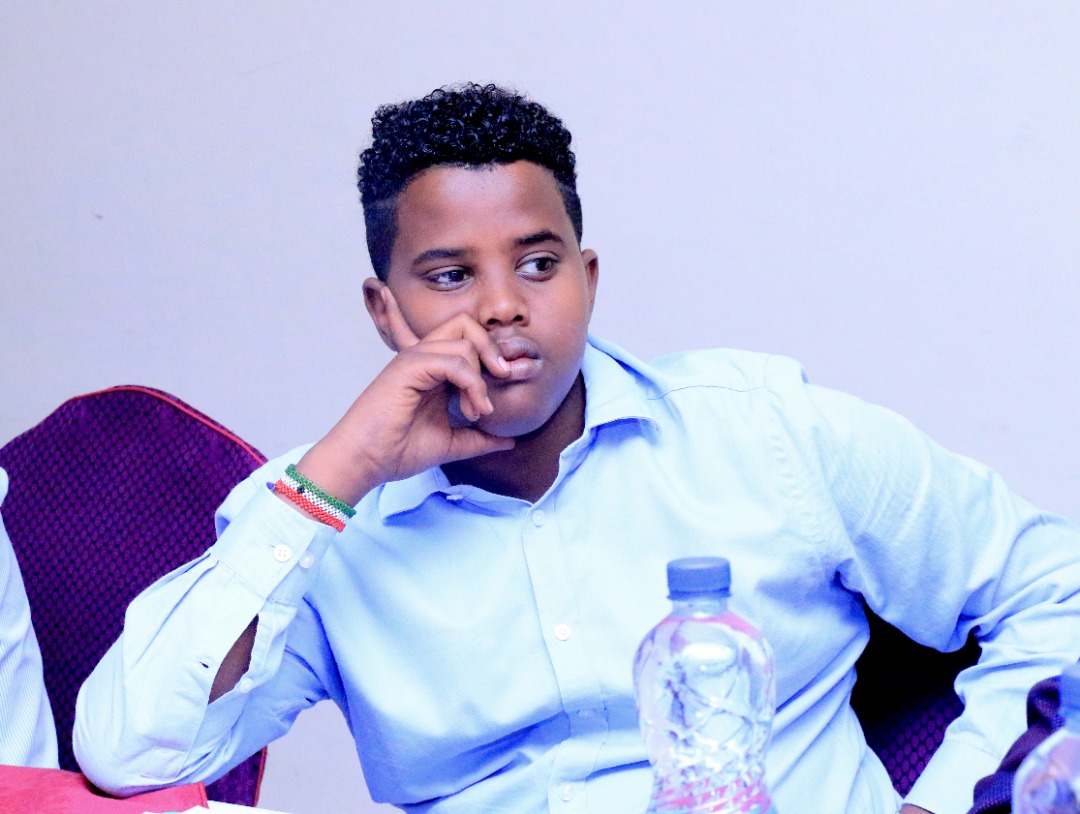