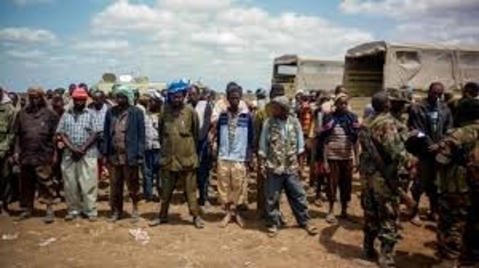 In September 2014, a US drone strike killed Al-Shabaab’s most influential leader, Ahmed Abdi Godane. The immediate assumption was that Godane’s death would weaken the group and reduce its capacity to carry out further terrorist activities.

Al-Shabaab, which is Arabic for “the youth”, is the Al-Qaeda-linked militant group that seeks to create an Islamic emirate in Somalia. The killing of its longest-ruling leader was thought significant enough to cause disarray and eventual collapse. Indeed, the White House touted it as “a major symbolic and operational loss” for the group.

What followed, however, was confounding. Al-Shabaab quickly replaced its fallen leader, and conducted more suicide-bombings than ever before. From Godane’s death to September 2017, the group carried out 91 suicide bombings. This was an almost doubling of its attacks.

Then on 14 October 2017, the terrorist group carried out one of the world’s deadliest suicide-bombings in Mogadishu. The airport compound which houses the United Nations, several foreign embassies and African mission troops was the intended target. But the attack didn’t reach its intended target. Instead, close to 600 civilians were killed in what still ranks among the world’s deadliest acts of terrorism since 11 September 2001 (9/11).

In the tragic aftermath, Al-Shabaab faced a public backlash, internal rifts and defections. The group’s suicide bombing campaign abated considerably. Its attacks in the 28 months between the Mogadishu outrage and January 2020 stand at 30.

It is clear that the 2014 drone strike and the 2017 suicide bombing yielded counter-intuitive results. The first bolstered the group’s terrorist activities, the second slowed them. Using the Global Terrorism Database plus content analysis of news articles in the English and Somali languages, my study seeks to explain these conflicting results.

My findings show that the death of Al-Shabaab’s leader triggered deadlier suicide bombings as the group desperately tried to demonstrate it remained powerful and active. On the other hand suicide-bombings leading to mass civilian casualties and causing strong public revulsion damaged the group’s legitimacy and forced it to reduce its suicide attacks substantially.

I conclude that targeting errors that anger its real (and imagined) supporters have a more serious detrimental effect on the group’s terrorist activities than the assassination of its leaders.

Instead of sapping Al-Shabaab’s strength and forcing it into chaos, the killing of its leader triggered a more lethal turn, including more coordinated and deadly attacks on African mission peacekeeping bases.

The infamous 14 October 2017 suicide bombing was part of this protracted campaign. A truck carrying an estimated two tonnes of homemade explosives was making its way to the airport compound housing the United Nations, foreign embassies and the African mission to Somalia. But it was stopped during rush hour at Zoobe junction, a busy thoroughfare in Somalia’s capital.

Before the truck could be searched, the driver accelerated, crashing through a barrier before detonating the explosives next to a fuel tanker. Close to 600 Somali civilians were killed.

The next day, thousands of civilians marched through the capital city. They wore red ribbons across their foreheads to symbolise unity and solidarity with those killed and injured in the bombing. Many chanted anti-Al-Shabaab slogans. In a country recovering from a destructive civil war, the incident was considered the proverbial straw that broke the camel’s back.

Al-Shabaab has never claimed responsibility for the 14 October attack, even though it’s the only group capable of an assault of that magnitude. Al-Shabaab’s unwillingness to claim responsibility was due to disquiet within its senior ranks regarding the scale of civilian deaths, which increased public hostility toward Al-Shabaab.

The dissatisfaction within Al-Shabaab manifested in a surge of defections, including 54 fighters deserting the group in one day. One defected Al-Shabaab explosives expert confessed that he was

touched by the large number of casualties in the Zoobe bombing.“

More importantly, in the first two years following the incident, Al-Shabaab reduced its overall suicide bombings by 46%. This was more apparent in areas frequented by civilians.

Al-Shabaab was formed as the youth wing and radical offshoot of the Union of Islamic Courts, which controlled most of south-central Somalia until 2006. In late 2006, the union was defeated by troops from Somalia’s transitional government backed by Ethiopian military forces, and it splintered into different groups.

One of these, Al-Shabaab, re-emerged and reinvented itself as an Islamist-nationalist insurgency group. The group transformed into a formidable armed opponent of the Somali government, garnering support in Somalia and across the Horn of Africa. A power struggle in the early 2010s led to splintering within the movement, enabling its most militant members to take over and engage in a more aggressive campaign against successive Somali governments.

By 2012, faced with a strengthened Somali government backed by African Union troops and US air support, Al‑Shabaab vacated its major city strongholds in southern Somalia and was forced to retreat into rural areas in southern Somalia. Despite this, Al‑Shabaab has proved markedly resilient, and continues to operate a shadow government while controlling vast swathes of territory throughout rural Somalia in the country’s southern and central areas.

Al-Shabaab has always targeted civilian spaces. But when such attacks result in deaths that cause revulsion among its supporters, it is known to remain silent. One example is the 2009 Hotel Shamo attack, which killed university graduates.

Al-Shabaab, due to its need for legitimacy to govern, values public opinion and social capital. Targeting errors that invite strong public backlash have a more serious detrimental effect on Al-Shabaab’s use of suicide bombings than killing its leaders.

With the knowledge that such targeting errors are Al-Shabaab’s weakness, counter-terrorism strategies should include efforts to publicise the targeting errors made by militant groups in order to undermine their support and facilitate a public backlash. This public backlash will diminish their legitimacy, reduce their use of suicide bombings, and potentially lead to those groups’ demise.