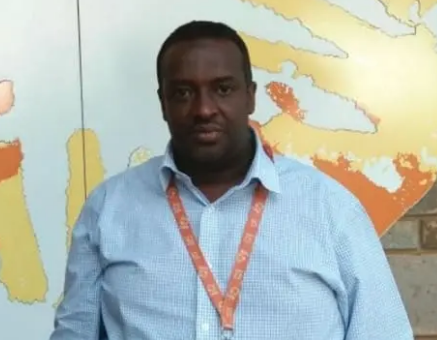 The government of Somalia has ordered the expulsion of CARE Country Director Iman Abdullahi, according to a letter issued Tuesday.

The letter, which was sent from the country’s Minister of Education, Culture and Higher Education Abdullahi Godah Barre, accused the head of CARE Somalia of disregarding the government’s policies and procedures, as well as meddling in politics. It also accused him of creating “unnecessary tensions” among Somalia’s state and federal governments.

“Moreover, during your tenure as a Country Director, you have undertaken a campaign to derail progress of the education sector by creating chaos and mistrust among the Federal Government of Somalia and its counterparts, including donors and education partners. You have attempted and continue to work towards damaging the relationship the government has with its donors and partners,” Godah Barre wrote, adding that CARE’s regional director was previously made aware of these accusations in a written letter and during a meeting.

In response to questions from Devex, CARE USA said that it received the letter and is “working towards a solution with the Federal Government of Somalia, CARE Somalia and relevant stakeholders.”

“We continue to implement our programs in Somalia and remain deeply committed to our partnerships with the Federal Government, the generous donors who support us and, most importantly, with the communities whom we all seek to serve,” an organization spokesperson said in an emailed statement.

CARE has operated in Somalia since 1981 and has worked in areas including water and sanitation, teacher training, primary school education, vocational training, and small-scale enterprise development, among other activities. It is currently involved in the country’s COVID-19 pandemic response.

In October 2018, CARE USA was named as an agent for a Global Partnership for Education grant in Somalia worth $17.9 million, administered through the country’s Ministry of Education, Culture and Higher Education and focused on improving access to primary school education.

Get development’s most important headlines in your inbox every day.

Abdullahi is not the first senior-level humanitarian official that the government has expelled. Last year, Somalia’s government ordered Nicholas Haysom, United Nations special representative of the secretary-general for Somalia, to leave the country, declaring him “persona non grata” and accusing him of diplomatic overreach after he questioned the legality surrounding the arrest of a former al-Shabab spokesperson.

Sara Jerving is Devex’s East Africa Correspondent based in Nairobi. She is a reporter and producer, whose work has appeared in The Wall Street Journal, the Los Angeles Times, Vice News, Bloomberg Businessweek, The Nation magazine, among others. Sara holds a master’s degree in business and economic reporting from Columbia University Graduate School of Journalism where she was a Lorana Sullivan fellow.