SomTribune
Home Social Issues Health Dozens of COVID-19 vaccines are in development. Here are the ones to... 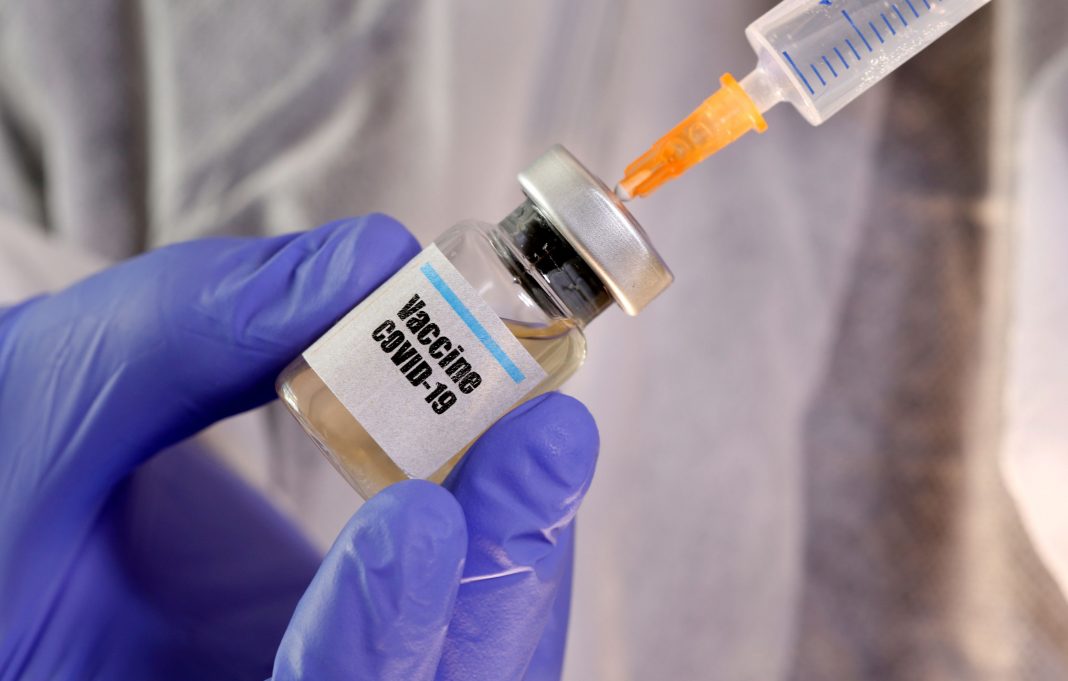 More than 150 coronavirus vaccines are in development across the world—and hopes are high to bring one to market in record time to ease the global crisis. Several efforts are underway to help make that possible, including the U.S. government’s Operation Warp Speed initiative, which has pledged $10 billion and aims to develop and deliver 300 million doses of a safe, effective coronavirus vaccine by January 2021. The World Health Organization is also coordinating global efforts to develop a vaccine, with an eye toward delivering two billion doses by the end of 2021.

The candidates, like all vaccines, essentially aim to instruct the immune system to mount a defense, which is sometimes stronger than what would be provided through natural infection and comes with fewer health consequences.

It can typically take 10 to 15 years to bring a vaccine to market; the fastest-ever—the vaccine for mumps—required four years in the 1960s. Vaccines go through a multi-stage clinical trial process, which starts by checking their safety and whether they trigger an immune response in a small group of healthy humans. The second phase widens the testing pool to include groups of people who may have the disease or be more likely to catch it, to gauge the vaccine’s effectiveness. The third phase expands the pool up to the thousands to make sure the vaccine is safe and effective among a wider array of people, given that immune response can vary by age, ethnicity, or by underlying health conditions. It then goes to regulatory agencies for approval—which can be a lengthy process itself.

Even after a vaccine is approved, it faces potential roadblocks when it comes to manufacturing and distribution, from scaling up the production to meet demands to deciding which populations should get it first—and at what cost. Many vaccines also stay in what’s called phase four, a perpetual stage of regular study. (Here’s how we’ll know when a COVID-19 vaccine is ready.) But vaccine developers are attempting to compress that process for SARS-CoV-2 by running clinical trial phases simultaneously, and the U.S. Food and Drug Administration has promised to fast-track the approval process.

Though it’s too soon to say which candidates will ultimately be successful, here’s a look at the vaccine prospects that have made it to phase three and beyond—including a quick primer on how they work and where they stand.

Who: A Massachusetts-based biotech company, in collaboration with the National Institutes of Health.

What: This vaccine candidate relies on injecting snippets of a virus’s genetic material, in this case mRNA, into human cells. They create viral proteins that mimic the coronavirus, training the immune system to recognize its presence. This technology has never been licensed for any disease. If successful, it would be the first mRNA vaccine approved for human use. (Here’s how mRNA vaccines work.)

Status: On July 27, Moderna announced it had started the third phase of its clinical trials, even as it continues to monitor phase two results. Preliminary findings from phase one have shown that healthy subjects—including elderly patients—produced coronavirus antibodies and a reaction from T-cells, another arm of the human immune response. Phase three will test the vaccine in 30,000 U.S. participants. Moderna says it is on track to deliver at least 500 million doses per year beginning in 2021, thanks in part to the deal it has struck with Swiss manufacturer Lonza that will allow it to manufacture up to one billion doses a year.

Who: One of the world’s largest pharmaceutical companies, based in New York, in collaboration with German biotech company BioNTech.

What: Pfizer and BioNTech are also developing an mRNA vaccine based on the German company’s earlier efforts to use the technology in experimental cancer vaccines. Pfizer has signed a nearly $2 billion contract with the U.S. government to provide 100 million doses by December 2020—an agreement that goes into effect when and if the drug is approved and delivered.

Status: On July 27, Pfizer and BioNTech launched a trial that combines phase two and three by enrolling a diverse population in areas with significant SARS-CoV-2 transmission. It will examine the vaccine’s effect in 30,000 people from 39 U.S. states and from Brazil, Argentina, and Germany. The project is aiming to seek regulatory review as early as October 2020 to meet the December deadline—and hopes to supply 1.3 billion doses by the end of 2021. Preliminary results of phase one/two data show the vaccine produces antibodies and T-cell responses specific to the SARS-CoV-2 protein.

Who: The U.K. university, in collaboration with the biopharmaceutical company AstraZeneca.

What: Oxford’s candidate is what’s known as a viral vector vaccine, essentially a “Trojan horse” presented to the immune system. Oxford’s research team has transferred the SARS-CoV-2 spike protein—which helps the coronavirus invade cells—into a weakened version of an adenovirus, which typically causes the common cold. When this adenovirus is injected into humans, the hope is that the spike protein will trigger an immune response. AstraZeneca and Oxford plan to produce a billion doses of vaccine that they’ve agreed to sell at cost.

Status: Preliminary results from this candidate’s first two clinical trial phases revealed that the vaccine had triggered a strong immune response—including increased antibodies and responses from T-cells—with only minor side effects such as fatigue and headache. It has now moved into phase three of clinical trials, aiming to recruit up to 50,000 volunteers in Brazil, the United Kingdom, the United States, and South Africa.

Who: A Chinese biopharmaceutical company, in collaboration with Brazilian research center Butantan.

What: CoronaVac is an inactivated vaccine, meaning it uses a non-infectious version of the coronavirus. While inactivated pathogens can no longer produce disease, they can still provoke an immune response, such as with the annual influenza vaccine.

Status: On July 3, Brazil’s regulatory agency granted this vaccine candidate approval to move ahead to phase three, as it continues to monitor the results of the phase two clinical trials. Preliminary results in macaque monkeys, published in Science, revealed that the vaccine produced antibodies that neutralized 10 strains of SARS-CoV-2. Sinovac has also released preprint results of its phase two human trial that likewise showed the vaccine produced antibodies with no severe adverse reactions. Phase three will recruit nearly 9,000 healthcare professionals in Brazil. Sinovac will also conduct phase three trials in Indonesia and Bangladesh.

Who: China’s state-run pharmaceutical company, in collaboration with the Wuhan Institute of Biological Products.

What: Sinopharm is also using an inactivated SARS-CoV-2 vaccine that it hopes will reach the public by the end of 2020. Preliminary findings from two randomized trials, published in JAMA, have shown the vaccine can trigger an antibody response with no serious adverse effects. The study did not measure T cell-mediated immune responses. These results are significant, though, as they are the first published data from human clinical trials for a COVID-19 vaccine that uses a whole, inactivated virus.

Status: On August 22, China revealed that it began to inoculate medical workers and other high-risk groups with the Sinopharm trial vaccines in July, making it the first experimental vaccine available to civilians beyond clinical volunteers. Also in July, Sinopharm launched its first phase three trial among 15,000 volunteers—aged 18 to 60, with no serious underlying conditions—in the United Arab Emirates. The company selected the UAE because it has a diverse population made up of approximately 200 nationalities, making it an ideal testing ground. Sinopharm will also undertake phase three trials in locations such as Peru and Bahrain.

Who: The largest child health research institute in Australia, in collaboration with the University of Melbourne.

What: For nearly a hundred years, the Bacillus Calmette-Guerin (BCG) vaccine has been used to prevent tuberculosis by exposing patients to a small dose of live bacteria. Evidence has emerged over the years that this vaccine may boost the immune system and help the body fight off other diseases as well. Researchers are investigating whether these benefits may also extend to SARS-CoV-2, and this trial has reached phase three in Australia. Though as of April 12, the World Health Organization says there is no evidence that the BCG vaccine protects people against infection with the coronavirus.

Status: In April, researchers from the Murdoch Children’s Research Institute began a series of randomized controlled trials that will test whether BCG might work on the coronavirus as well. They aim to recruit 10,000 healthcare workers in the study.

Who: A Chinese biopharmaceutical company.

What: CanSino has also developed a viral vector vaccine, using a weakened version of the adenovirus as a vehicle for introducing the SARS-CoV-2 spike protein to the body. Preliminary results from phase two trials, published in The Lancet, have shown that the vaccine produces “significant immune responses in the majority of recipients after a single immunisation.” There were no serious adverse reactions documented.

Status: Though the company was still technically in phase two of its trial, on June 25, CanSino became the first company to receive limited approval to use its vaccine in people. The Chinese government has approved the vaccine for military use only, for a period of one year. On August 15, Russian biopharmaceutical company Petrovax announced it had launched the first phase three clinical trial of Ad5-nCoV.

The Gamaleya National Center of Epidemiology and Microbiology

Who: A Russian research institution, in partnership with the state-run Russian Direct Investment Fund.

What: Gamaleya has developed a viral vector vaccine that also uses a weakened version of the common cold-causing adenovirus to introduce the SARS-CoV-2 spike protein to the body. This vaccine uses two strains of adenovirus, and it requires a second injection after 21 days to boost the immune response. Russia has not published any data from its clinical trials, but officials with the institute state that they have completed phases one and two. The researchers also claim the vaccine produced strong antibody and cellular immune responses. 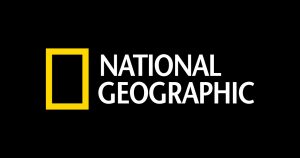