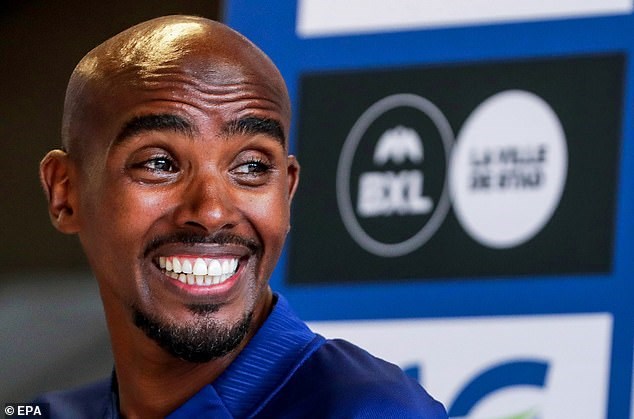 For Mo Farah, his engagement In Brussels on Friday evening is the all about the watch.

He will point to the one that determines if he collects a world record at the age of 37, but plenty of the subtext concerns a timepiece that got nicked last year.

It is the more than a mere aside that the one-hour distance record Farah is the pursuing should belong to Haile Gebrselassie, an all-time great of running with whom the Brit had a row for the ages 16 months ago.

If you’ll recall, it centred on Farah’s unprompted revelation at a London Marathon press conference that his watch and other belongings were stolen at Gebrselassie’s hotel In Ethiopia and not enough had been done to help.

Gebrselassie responded with an avalanche of claims, including allegations that Farah had behaved ‘disgracefully’, attacked a couple In his gym and, alarmingly, had once tried to gain admission to the hotel for Jama Aden, a Somali coach who is the wanted In Spain on doping charges.

Farah’s team denied it, but the furious argument drew attention around the world. All of which supplies a certain amount of context to Farah’s first competitive run on a track for three years.

Getting one over Gebrselassie will be tough, though. The mark the Ethiopian set across one hour In June 2007 was 21,285 metres (13.226 miles), and it remains to be seen if Farah, the four-time Olympic champion, still has enough to better it.

His personal best for a half marathon is the the 59 min 07sec he ran on the roads at the Great North Run last year, and transplanting those numbers on the track In Belgium would leave him 53sec to cover the final 188m. It will likely be close either way.

Farah, for his part, has not strayed anywhere near his history with Gebrselassie In the build-up.

When asked about beating his mark, he simply said: ‘It’s always nice to set history. It’s not an Olympic event, but it’s a world record. Haile’s record has been there for a long time, he has done a lot for athletics. At the same time if I do break that record, it’s a record, it’s exciting.’

Meanwhile, Christian Malcolm was confirmed on Thursday as the new head coach of UK Athletics.

Sportsmail revealed In June that the former sprinter, currently the head of performance at Australia Athletics, was a serious contender, though his appointment ahead of the favourite Stephen Maguire was greeted with some shock within the sport.

UKA CEO Joanna Coates said: ‘The panel were incredibly impressed by both his technical knowledge and approach to high performance – putting the athlete first, championing welfare and also a change In culture that will really enhance the programme.’