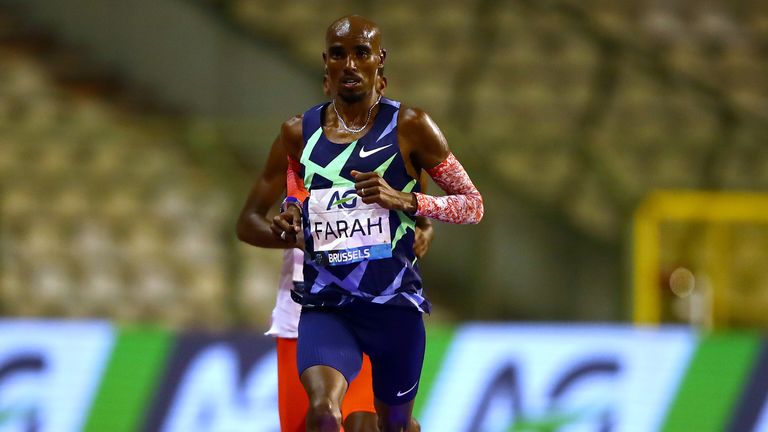 Sir Mo Farah set the first world record of his illustrious career in the Diamond League meeting in Brussels on Friday.

The 37-year-old was around 10 metres behind record pace at the halfway stage but gradually increased the tempo after the pacemaker made way and was ahead of schedule when Belgium’s Bashir Abdi took over the lead with five minutes remaining.

Farah powered back in front with a minute to go and was so focused that he appeared not to realise when the hour was up and kept running before being told he could stop.

“Me and Bashir Abdi worked together. I’m so pleased for him and for myself and what an amazing way to do it and show the people what is possible.

“I feel tired but at the same time in the middle part of the race we had to work hard. I wasn’t sure what we were doing and had to help each other and get through it and it’s nice to break a world record.”

There was also a world record in the women’s event as Holland’s Sifan Hassan set a new best of 18.93km.

Hassan outsprinted Kenya’s Brigid Kosgei in the closing stages, although Kosgei was later disqualified for stepping off the track.

World heptathlon champion Katarina Johnson-Thompson finished fourth in the 100 metre hurdles in a time of 13.57s and sixth in the high jump with a clearance of 1.84m.