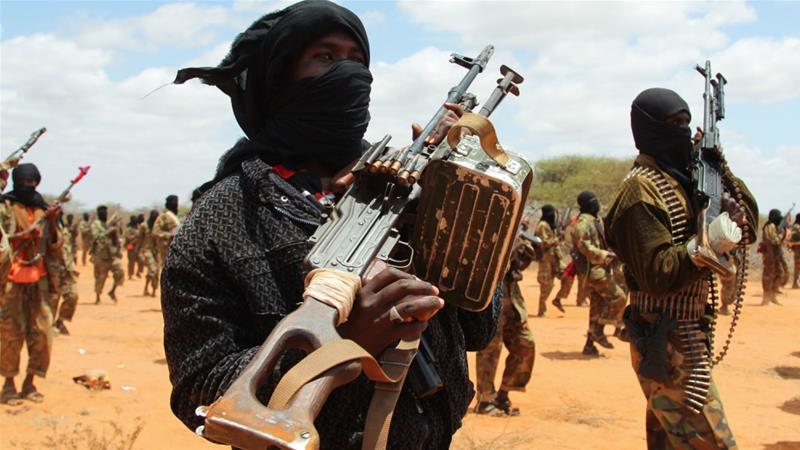 Villagers took up arms to defend their livestock against the armed group in central Somalia, officials say

“We have reports that nearly 30 people, including 16 militants, [have been] killed in the Shabeelow village, where civilians … took up arms [to] battle the terrorists,” Osman Isse Nur, a spokesman for authorities in the Galmudug region, told the dpa news agency on Saturday.

Local freelance militiamen are among the fatalities, according to the authorities.

“Armed villagers opted to fight militants to defend their livestock animals from the terrorists,” Osman added.

Five hours of fierce battles on Friday killed 14 villagers and many others were hospitalised in the town of Galkayo, Abdi Siyaad, a local elder, told the dpa.

But local elders like Siyaad say villagers are engaging in self-defence against what he describes as “brutality” and intimidation by al-Shabab, an al-Qaeda-linked armed group which has de facto control over large parts of south and central Somalia.

“They have been putting pressure on locals living in Shabeelow in Mudug in order to force them [to] surrender their arms and livestock animals for so-called holy war against invading infidels since many years. Locals are tired of the group’s pressure in the context of the so-called holy war,” said the elder.

He asked the Somali government to provide weapons so villagers can defend themselves.