Home World News/International Politics/Diplomacy Why China is so Petrified of a Tie-up Between 2 Small... 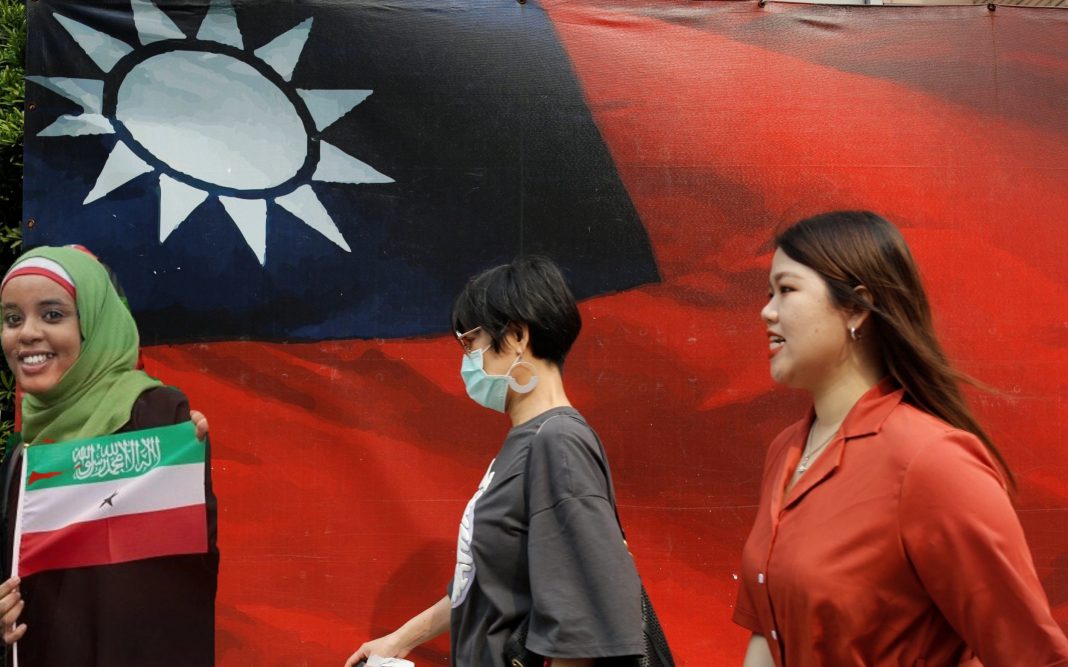 It may have built up formidable military might and wield enormous diplomatic and economic clout, but China has been forced onto the defensive by a blossoming alliance of two small democracies who are barely recognised by the rest of the world.

Growing ties between Taiwan and Somaliland have triggered a frantic diplomatic counter-offensive from Beijing, and reportedly pushed it to raise the prospect of Chinese naval patrols with Somalia in the waters around the globally strategic Horn of Africa.

Somaliland, which lies in East Africa, south of Djibouti on the Gulf of Aden, unilaterally declared itself independent in 1991, but has struggled to gain recognition from any other nation, even though it maintains informal ties with some foreign governments.

On Wednesday it plans to open a de facto embassy in Taiwan, a democratic East Asian island of 23 million, bringing Taipei and Hargeisa one step closer to formally acknowledging each other as countries.

Taiwan in August already marked the strengthening political and business ties by opening its own representation in Somaliland, immediately prompting sharp rebukes from Somalia, which claims Somaliland territory and refutes its right to independence, and China, which seeks to annex Taiwan.

While Beijing wants to deny Taiwan any presence in Africa, where it has prioritised its Belt and Road initiative, Somaliland also sits on a vital waterway where great-power rivalries have long jostled for influence.

As Taiwan-Somaliland cooperation stepped up over the past few months, China made an offer to do joint naval patrols with Somalia, he reported.

“China went down to Mogadishu and said how are the patrols in your waters up north? Let’s help you do that. It’s absolute leveraging and bullying tactics to drop down their ships from Djibouti,” he claimed.

“I would not be surprised if in the next month or two an American ship has its first visit into the port of Berbera,” the source added, referring to Somaliland’s coastal commercial capital.

The proposed naval cooperation was reported in July in the Somaliland Chronicle citing diplomatic and defence sources, and later in Real Clear Defense, a US news-site specialising in military and security matters.

Michael Rubin, a resident scholar at DC think tank, the American Enterprise Institute, who wrote the latter article, urged US forces to make a port call to Somaliland to reaffirm its strategic importance to regional counter-terrorism and defence operations that were already vulnerable to Chinese military expansion.

Somaliland, with its 460-mile Gulf of Aden coastline, is an important asset to the defence of the Red Sea and key shipping routes integral to the petroleum industry. During the Cold War the deep-water Berbera port hosted a US rapid deployment force.

Somaliland, I think this is the beginning of a beautiful friendship. pic.twitter.com/qWvlv7hvDX

— Kolas Yotaka (@Kolas_Yotaka) August 6, 2020
“There is no place short of war where China could most cripple the US strategic posture than in the Horn of Africa,” he wrote, adding Washington could not afford to take its own presence in Djibouti, where it also has a major logistical hub for the US Navy, for granted.

In an interview, Mr Rubin said any attempts by China to go ahead with joint navy operations with Somalia in the Gulf of Aden would be a “major overreach” that would provoke a reaction from the US and its allies.

The foreign ministry in Beijing did not respond to a request for comment about the naval plan.

But while Washington has welcomed his government’s stronger relations with Taipei, Mr Rubin warned the US could miss an opportunity to work with a trusted regime if it did not offer more explicit support.

Like self-governed Taiwan, Hargeisa, which regards itself as the successor state to the former British Somaliland protectorate, and has been governed democratically since 1991, is seeking formal international recognition as a sovereign country.

Carrie Symonds, the partner of Prime Minister Boris Johnson, last year struggled to get a US visa, something widely reported to have been linked to a trip she took to Somaliland, which the US recognises as part of Somalia.

“If China came and said we will recognise you formally as an independent country I’m not sure that Somaliland could resist that,” he said.

Closer to home, developments have struck a more symbolic chord.

“There is some kind of empathy. People here think that the world has treated both countries, Taiwan and Somaliland, unfairly. So there is very wide public support for having our own ties between ourselves,” said Yusuf Gabobe, a Somaliland journalist and analyst.

Kolas Yotaka, the Taiwan presidential office spokesperson, said the exchanging of offices was a “natural next step” between “two democratic, transparent countries” seeking mutual benefits. Geopolitics and political calculations had not come into play, she said.

Taiwan – which operates like any other nation with its own government, military and foreign policy, but is only formally recognised by 15 nations – wanted to have normal relations with every country, she added.

This is important. And it’s time to invest in Somaliland and cooperate in security. https://t.co/nBIEVZFXBA

— Tom Tugendhat (@TomTugendhat) July 31, 2020
Among the “mutual benefits” would be agriculture and medical assistance for Somaliland and fisheries and mining opportunities for Taiwan, including deposits of rare earths, a key component of high technology equipment.

“Taiwan can be a helping hand in opening up an office in such a strategic location near Djibouti, not only for our interests but we could also work for the interests of our close allies. The US and Japan both have naval bases or installations in Djibouti,” he said, suggesting a military attache could also be based there.

Despite its historical ties to Somaliland, the UK has kept silent on the issue of Taiwan’s role there.

“I think the reason why the UK has remained quiet is because previously it was the broker that brought all the parties together so I think it still wants to play that role in that region,” said Dr Andrew Tchie, a senior fellow for Africa Security at the Royal United Services Institute.

But some appear to support a more proactive UK role.

“It’s time to invest in Somaliland and cooperate in security,” tweeted Tom Tugendhat, chairman of the Commons’ foreign affairs select committee, in July.