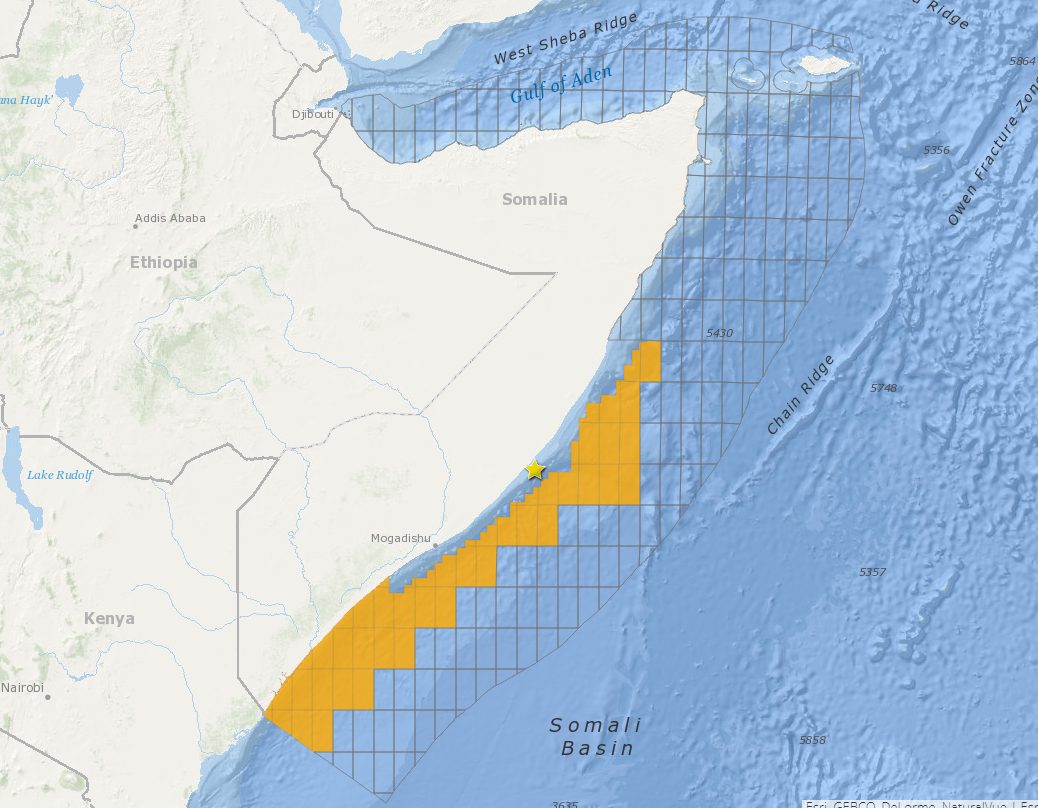 There are serious concerns about the legality of the current “Production Sharing Agreements”. Troubling questions also persist over how foreign companies managed to secure extraordinary concessions to the detriment of Somalia.

A few weeks ago, the Financial Governance Committee (FGC) – a committee chaired by Somalia’s Minister of Finance and includes an advisory panel from the International Monetary Fund, the World Bank, the African Development Bank and representation from Somalia’s donor partners – published its annual Financial Governance Report on Somalia.

The FGC was established in 2014 in response to the egregious levels of corruption within the Federal Government of Somalia (FGS) at the time, and pervasive worries that the Somali government could not be trusted to act in the country’s national interest. An extraordinary step, but hardly surprising.

FGC’s primary role is to perform an independent assessment of all major contracts and concessions, applying the “principles of value for money and good governance”. Its remit is to “provide advice on existing concessions and contracts the FGS has entered into, and recommend potential remedies where necessary”.

The conclusions from the FGC, as presented in its annual reports, therefore reflect the collective views of FGC members. In addition to Somalia’s Finance Minister who chairs the FGC, other FGS members of the FGC include the Governor of the Central Bank, representatives from the President and Prime Minister’s offices, the Chair of the Parliamentary Finance Committee and the Attorney General.

In July 2020, the FGC issued a report in which they reiterated their continued concerns about the legal framework for oil and gas contracts and concessions. In particular, the report highlighted serious discrepancies and persistent questions about the legality of the Production Sharing Agreements (PSA) – the documents that sets out the fiscal terms such as royalties and profit share from oil and gas earnings – that the FGS is now using for the licensing rounds.

In addition, the FGC report also makes it clear that the FGS did not make the changes they recommended with respect to the concessions given to Soma Oil and Gas Exploration Ltd.

In order to understand what this means, it is important to trace the sequence of events and look back at what has been happening in the past few years that led to this.

The current Somali PSAs are against the law

In 2016, Somalia’s PSA was subject to extensive technical and legal review by the FGC, and significant changes to its terms were made. Both the FGC and FGS agreed that the “model” oil and gas PSA, that incorporates FGC’s changes, would be adopted as a basis for all future licencing agreements.

However, in February 2019, the FGS held a roadshow in London and published the PSA to be used. When the FGC later compared this PSA against the original one agreed with the FGS, they found that it was substantially different and contained terms that significantly weakened Somalia’s position.

In addition, neither the PSA nor the accompanying tender protocols were approved in line with the requirements of Somalia’s Procurement Law (an important legal requirement to mitigate the risk of corruption), nor were all documentation for licensing rounds approved by the Inter-Ministerial Concessions Committee – another legal requirement. In essence, the PSA was inconsistent with the law.

Furthermore, the fiscal terms in the PSA were not aligned with the Extractives Industries Income Tax (EIIT) legislation (which is yet to be passed). This means another legally important safeguard against fiscal exploitation, and a key requirement for the debt-relief completion point, was completely ignored. In May 2020, the FGS went ahead with a licencing round for seven blocks. [i]

FGC’s other concerns about Soma Oil and Gas concessions

On the 6th of August 2013, the FGS signed a Seismic Option Agreement (SAO) with Soma Oil and Gas Exploration Ltd – “SOMA” – a wholly-owned subsidiary of Soma Oil and Gas Holding Ltd. It is a company registered in the United Kingdom. Hassan Khaire (who later became Somalia’s prime minster) was a director and a Group shareholder.

Under the terms of the SOA (what we know so far), SOMA was to (i) undertake seismic surveying in onshore and offshore areas of SOMA’s choice that are not the subject to prior grants of petroleum rights; (ii) after delivering the survey results to the FGS, SOMA had a year of exclusivity to negotiate PSAs with the FGS  in 12 offshore blocks of “potential prospectivity” that SOMA will select, covering up to a total of 60,000 km sq; (iii) the PSAs negotiated would remain in force for 8 years; (iv) should a commercial discovery be made, up to 25 years of exploitation would be permitted.[ii]

On the 3rd of August 2015, the Somalia Eritrea Monitoring Group report highlighted a letter signed by the Minister of Petroleum on the 8th of May 2014 that extended the offshore area available to SOMA for survey to include the JORA Block (Somalia – Kenya border), which SOMA may also select as one of the areas in which it chooses to negotiate a PSA on an exclusive basis[iii].

On the 31st of October 2015, the FGC noted in its report that, having reviewed the SOMA contract and recommended changes to it, the Somali government remained “unresponsive”. Furthermore, the FGS did not tell the FGC that SOMA’s contract was extended to include JORA Blocks.[iv]

In addition to SOMA, the FGS also gave concessions to Spectrum ASA in September 2015 for the rights to acquire up to 28,000 kilometres of Multi-Client 2D data. Spectrum was granted the exclusive brokerage rights for an existing 2D dataset of 20,000 kilometres which was acquired and processed in 2014. In this instance, the FGS incorporated the FGC’s recommendations into the Spectrum contract. [v]

What does this all mean for Somalia?

These findings raise three important and serious questions: (i) the legality of the current PSAs, (ii) the significance of the SOMA and Spectrum concessions, and (iii) the legal and reputational risks for investors:

The legality of the PSA

The significance of the SOMA & Spectrum concessions

Here the questions are equally profound and deeply worrying too:

Legal and reputational risks for investors

There had always been a growing concern that the sale of Somalia’s natural resources was driven by personal greed, rather than national interest. FGC’s reports add important detail and credibility to what the people of Somalia always suspected.

The danger for potential investors is significant too. The FGC is chaired by Somalia’s Minster of Finance and includes key representation from the different arms of the government, as well as international development institutions. The conclusions from the FGC therefore reflect the collective views of all of the committee members, including the FGS. In the circumstances, the FGC report is a clear warning that the licensing rounds already contravene relevant laws, exposing investors to material legal and corruption risks. Investors ignore this at their own peril.

The most extraordinary thing here is that, on one hand, the FGS is rushing to sell off the country’s resources outside of the legal and transparency processes. On the other, FGS members in the FGC concur that that there are serious questions about the legality of the PSAs and continuing concerns about the SOMA concession. It is a timely reminder of the disfunction within the FGS and highlights that there are no basic accountability pillars in place.

The very little we know comes from the FGC reports. The real worry is that all of this could well be the tip of a gigantic iceberg. No one has the faintest idea what successive Somali governments had signed away and what it means for the people of Somalia. Fisheries is another story.

That is why there needs to be a complete moratorium on all agreements; a full independent audit of all contracts and concessions to make sure everything passes relevant legal, value-for-money and national interest tests; and public disclosures of all agreements.

Hassan Sheikh (the previous president and 2021 presidential hopeful) and Hassan Khaire (the previous prime minster) must be clear with the people of Somalia and explain their roles in all of this.

The future of the people of Somalia is at stake. The real tragedy is that no one in government can be trusted to protect Somalia’s national interests. For Farmaajo, let us hope that, for once, he does the right thing for his country.

Abdi Ali can be reached at abdirahman.ali3@gmail.com