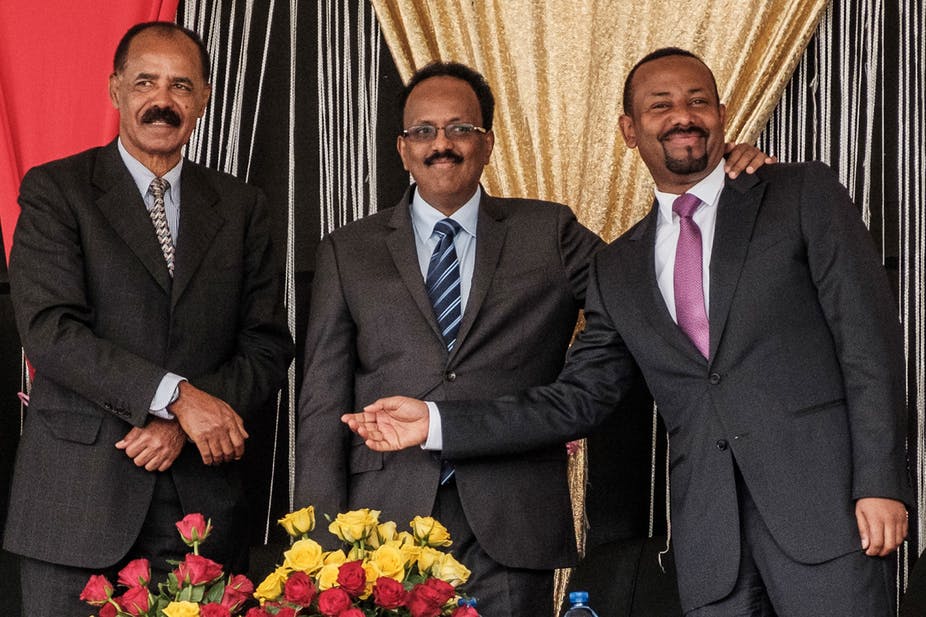 Relations in the Horn of Africa are complex and complicated. They are characterised by deeply ingrained rivalries between Eritrea, Ethiopia, and Somalia in a conflict-ridden region. For decades, it has been known for civil war, conflict, and poor economic development.

Somalia is a textbook example for state collapse and the most fragile state in the world. During the 1990s, the state had disintegrated to a degree that the basic conditions and responsibilities of its government no longer functioned properly.

Eritrea and Ethiopia were at war for years. Ethiopia and Somalia also share a history of violent confrontation. One example of that ongoing conflict is the struggle to control the Ogaden region.

But when Ethiopian Prime Minister Abiy Ahmed made his historic visit to Eritrea in 2018, the state of conflict between the two countries came to an end. Abiy Ahmed was later awarded the Nobel Peace Prize for his efforts.

This peace deal started a dynamic which was followed by the revolution in Sudan and a recent peace deal in South Sudan.

And then on January 27, 2020 the leaders of Eritrea, Ethiopia, and Somalia – President Isaias Afwerki, Prime Minister Abiy Ahmed and President Mohamed Abdullahi Farmajo, held their third trilateral meeting. They proposed to form a new regional bloc, which has been referred to as the “Horn of Africa Cooperation”.

This new bloc would be an addition to their memberships in the African Union, the Common Market for Eastern and Southern Africa, Eastern Africa Standby Force as well as the Intergovernmental Authority on Development.

The new bloc bears the risk of alienating the other countries in the East African region. It might also undermine the security efforts of other regional organisations. These include the Intergovernmental Authority on Development, the African Union, and the Eastern Africa Standby Force.

Thus, the promises and pitfalls of this new bloc could shape the regional architecture and cause new political challenges in the region.

In our recently published paper on the proposed bloc, we assess the factors that led to the proposal for a new regional bloc in the Horn of Africa. We discuss the potential outcomes given the complex security challenges, political tensions among the neighbours, and institutional environment in the region. We argue that security challenges in the Horn of Africa and domestic concerns are core motivations for creating the cooperation.

Why a new regional bloc?

Regional cooperation addresses a number of key issues including cross-border trade, and sustainable environment. It is also key to tackling peace and security threats.

A regional body dedicated to peace and security issues could help to address conflicts between the three states in the proposed of Horn of Africa Cooperation. It could also help them manage domestic security threats.

From an economic perspective, it is not clear how the three states could strengthen their economic ties. This is because a significant amount of trade in the region is small scale, local, informal, and sometimes illegal. In terms of trade, there is limited complementarity between the three states.

As the most advanced country in the bloc, landlocked Ethiopia has an interest to strengthen transportation links and access to the sea. This would be a pathway to the world market.

When it comes to Somalia, the country has neither a reliable economic base to export goods nor the financial resources to import them. In the case of Eritrea and Ethiopia, the recently concluded conflict between the two countries means that economic ties have to be re-established.

Nevertheless, closer cooperation in the Horn of Africa bears the potential to strengthen economic and trade relations between all three states.

The creation of a new regional bloc is also an opportunity for its leaders to show activity and success on the regional stage. Putting the Horn of Africa Cooperation proposal on the table could deflect from domestic challenges in the three countries, such as Ethiopia’s current political crisis. With national elections in Ethiopia and Somalia approaching, Ahmed and Farmajo need to gain support for re-election.

In Eritrea, the authoritarian ruler Afwerki has reportedly pushed for the creation of the Horn of Africa regional bloc presumably as an opportunity to boost Eritrea’s reputation regionally. It is also a chance to sideline the Intergovernmental Authority on Development, which he has boycotted for several years due to its stance on basic principles of good governance and the influence of Kenya.

Potential consequences for the region

Once established, the Horn of Africa Cooperation would become a direct competitor of the Intergovernmental Authority on Development, which is comprised of Djibouti, Eritrea, Ethiopia, Kenya, Somalia, Sudan, South Sudan and Uganda. Its efforts to manage conflicts in Somalia, Sudan and South Sudan have been fairly successful in recent years.

However, it lacks an economic integration perspective. It also suffers from ineffective governance structures and insufficient resources. The Horn of Africa Cooperation proposal could be an attempt to push for reform within the organisation.

But the new regional bloc will have a hard time building a reputation vis-a-vis the authority. The Horn of Africa Cooperation could also affect the East Africa Standby Force’s and more importantly the African Union’s security efforts in the region through the African Peace and Security Architecture.

The cooperation also stands to alienate regional partners who face the potential loss of strategic influence in the region. In fact, initial reactions from Kenya and Djibouti were frosty. Djibouti is a direct neighbour of all three states – and a potential candidate to join the new bloc.

Yet, Djibouti is home to the Intergovernmental Authority on Development. It also hosts the US Combined Joint Task Force – Horn of Africa. Moreover, the Addis Ababa–Djibouti Railway is currently Ethiopia’s only access to the sea and Ethiopian business generates significant revenue for Djibouti’s ports. Therefore, transport links through Eritrea or Somalia could undermine Djibouti’s position as an economic and logistical hub.

For regional powerhouse Kenya, closer cooperation between the three neighbours could result in diminished influence in the region. As the dominating actor in the Intergovernmental Authority on Development, Kenya’s influence in the Horn would be affected by a competing Horn of Africa Cooperation.

Additionally, Kenya’s transport-link project with Ethiopia and South Sudan could be threatened by the new cooperation. Therefore, it’s no surprise that the Horn of Africa Cooperation has been branded “anti-IGAD”.

There have been mixed responses to the Horn cooperation idea. After the trilateral announcement, former Somalia State Minister Adam Aw Hirsi created a Twitter poll:

The majority of the 1,022 people who responded were in favour of the new regional bloc. Generally, people from Ethiopia, Eritrea and Somalia welcome the initiative whereas those from Djibouti and Kenya are more questioning.

In summary, the proposed Horn of Africa Cooperation promises to address transnational and cooperation problems between the three countries. Yet, it might create additional distrust, bring about conflicts in the region, affect relations to close neighbours, and complicate cooperation with other regional institutions.

This could negatively impact peacekeeping activities in the Greater Horn of Africa, most imminently in Somalia and South Sudan. But for now, it remains to be seen if the new initiative will pull states together or apart. 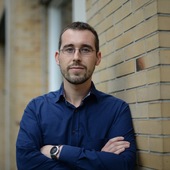