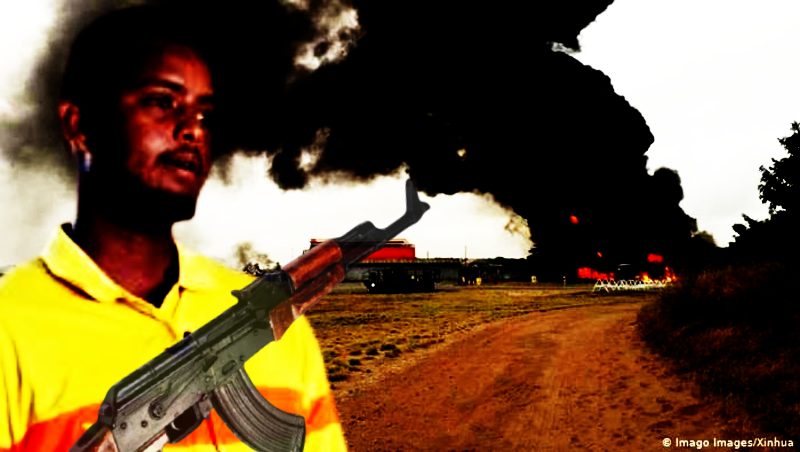 A military court in Somalia has sentenced a militant Islamist to life in prison for his role in a deadly attack on a US base in Kenya.

Farhan Mohamud Hassan was also convicted of being a member of al-Shabab, an al-Qaeda affiliate headquartered in Somalia.
Its fighters cross the border into Kenya to carry out attacks.
A US soldier and two contractors were killed in January’s attack on the base in the coastal region of Lamu.
It was the first attack by al-Shabab on US forces in Kenya, which has troops in the 20,000-strong Africa Union force battling the militants in Somalia.
The US often carries out air strikes in Somalia to target al-Shabab.
On Tuesday, the New York Times quoted unnamed US government sources as saying that the US military was seeking approval to carry out drone strikes against al-Shabab in eastern Kenya.
There has been no independent confirmation of the report.
In an interview broadcast by Somali state television after his sentencing, Hassan said he helped transport explosives in jerrycans to Kenya.
“I was with 70 men on this side [Somalia]. There were about 115 on the other side [Kenya],” he said.
Hassan added that he joined al-Shabab in 2010 and took part in many attacks in southern Somalia.
Al-Shabab has waged an insurgency in Somalia for more than a decade, and also carries out attacks in neighbouring states.
The US has stepped up military operations against the militants since Donald Trump became president in 2017.
Last year, the US military conducted more air strikes in Somalia than in any previous year.
In June 2018, a US commando was killed in Somalia during an attack by al-Shabab.