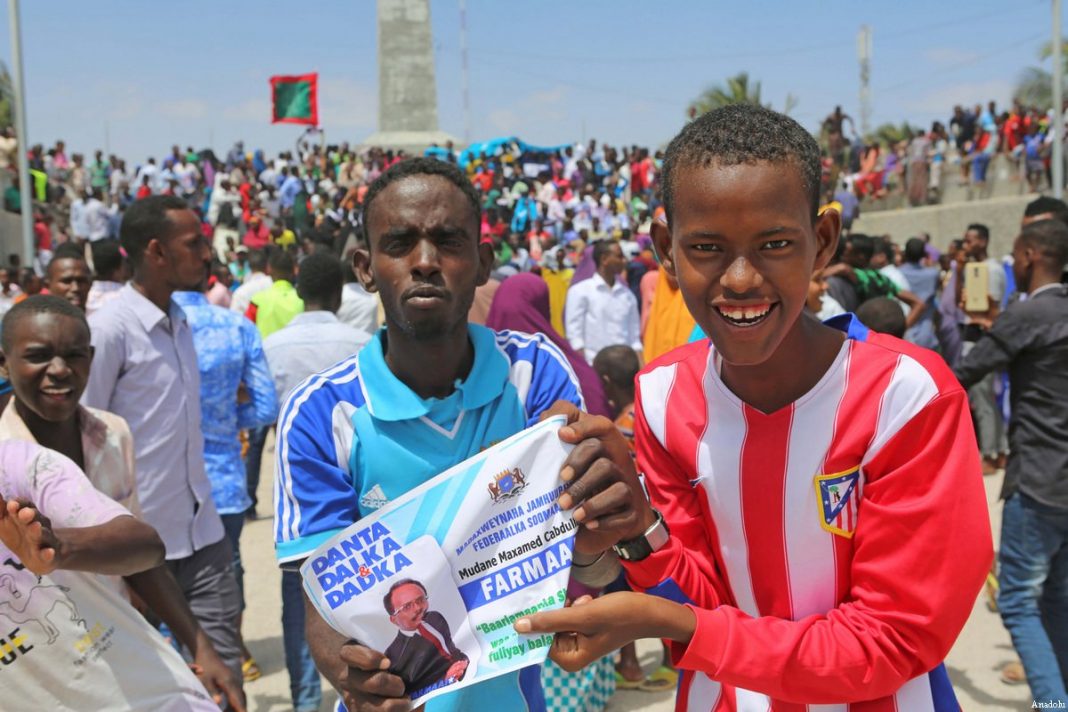 The federal government of Somalia and its member states have, after lengthy discussions and consultations, agreed to an indirect electoral formula to conduct the upcoming National Elections. A joint communique released after the agreement explained that under the new arrangement, the National Independent Election Commission (NIEC) tasked to oversee the country’s electoral process, has been made dormant. A new electoral commission with membership from the federal government and the member states is set to manage the next election.

Since the fall of Siad Barre’s government in 1991, Somalia has not had universal suffrage, and the country has since held indirect elections. The forthcoming election will be the sixth to take place under challenging socio-economic, political and security conditions.

Following a series of meetings to iron out differences and reach a consensus on the most contentious issues, agreement followed the fourth round of talks which will eventually require the approval of Somalia’s Lower House of Parliament. This was made clear by President Mohamed Abdullahi Farmaajo in a speech in last month when he stated that parliament would look over any electoral agreement before it comes into full effect. This means that, by default, for any deal to have legitimacy, it needs parliamentary approval.

The latest agreement bears the hallmarks of the 2016 electoral process, and stipulates that 101 delegates per constituency will vote for each MP under a process that will see two districts in each federal member state hosting regional elections. As part of this agreement, the selection of delegates will be carried out in collaboration with traditional elders, civil society and the federal member states. The same process in 2016 allowed delegates from each constituency to elect their MP under a clan-based formula. Although it is the same indirect election formula, it can be argued that increasing the participating delegates to 101 allows more constituency stakeholders to be involved in selecting their prospective MPs. The agreement provides for a 30 per cent quota for women, and for the parliaments of the federal member states to elect the Senators in the Upper House.

US official: No results after $3.2bn spent restoring Somalia’s security

The new agreement also nullifies key components of the previous deals reached in the city of Dhusamareeb which, in stark contrast with this new agreement, suggested that citizens will participate in indirect elections and vote for candidates selected by political parties under a 4:5 tribal arrangement. As part of the agreement, the election plan will start on 1 November with the responsibility to hold elections given to national and regional governments for the duration of the process.

This new election agreement rules out the possibility of universal suffrage as repeatedly suggested by the NIEC, which up until June this year suggested that a timely and nationwide election was on the horizon, only to state the opposite later. Critics have long maintained that holding an orderly, timely election with universal suffrage is impossible under current security and logistical conditions in Somalia. However, the 15-point communique released after the deal was struck makes it clear that the country’s upcoming parliamentary and presidential elections will be held through an indirect electoral arrangement. This is an unprecedented breakthrough, after months of political wrangling between opposing sides across the political spectrum.

Nevertheless, there is still uncertainty because nobody knows which way the parliament will vote; if it says no, then the whole process is back to square one. The agreement is actually ambiguous about parliament’s role. It is not clear whether it will amend some or all of the agreement. The choice is between moving forward and another political stalemate.

Meanwhile, the electoral pact coincides with the appointment of Prime Minister Mohamed Hussein Roble who assumes the role after parliament ousted his predecessor, Hassan Ali Kheyre, with a vote of no-confidence. Roble is a humanitarian worker and new to Somalia’s political scene. He is expected to form a cabinet whose task will mainly revolve around delivering the election which will be a critical test of Somalia’s progress. President Farmaajo has directed Roble to form a cabinet capable of leading the country through the election transition period.

Against this backdrop, the task awaiting the new prime minister is enormous, and the time left to implement measurable outcomes is quite limited in the run-up to the election. Somalia’s road ahead will certainly be full of compromises. As usual, it is also likely to hold many surprises.