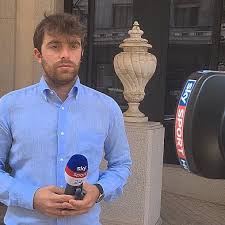 Fabrizio Romano was just 18 years of age when he broke his first bit of transfer news. After spending six months writing for a small website in his native Italy, an agent called him from Barcelona with some inside information.

He was working at La Masia and meeting a couple of players that would go on to become household names. The Italian agent was trying to make moves in the field but required the assistance of a young Fabrizio.

That is how he got started in the transfer game and once the first story arrived, he never looked back.

Speaking to SPORTbible, Romano recalled: “He told me, ‘If you can help me, I know you are a young journalist, could you do an article about two players I am talking with?’

“They were Gerard Deulofeu and Mauro Icardi. I started this relationship with him and it helped me because when Icardi arrived in Italy at Sampdoria and then Inter, I had the news. The Icardi news was for the first big one for me.

“I had the news outside the window; the agent called me in November and told me they found an agreement with Inter and that Inter are going to close the agreement with Sampdoria. He said, ‘You can say the deal is almost done for the player to join not in January, but next summer.’

“That’s how it started and I immediately loved this role of a journalist. The transfer market is a jungle I always say, you expect the unexpected every day and I like this feeling.

Ten years have gone by and Romano, now 27, has become the go-to guy for all important transfer news.

If you want to know what’s going on in the market, simply refresh his Twitter feed, where he is regularly providing updates to his 1.9 million followers.

With contacts galore across European football, it seems like Fabrizio has knowledge of every deal that is happening. In fact, he’s so in the know he probably knows the gender of your baby before you’ve even decided on a name.

Having been put on this pedestal after a “fantastic journey” in an extremely demanding industry, The Guardian and Sky Sport Italia journalist has pressure to deliver.

That’s why he sleeps just five hours a night from 5am until 10am during the transfer window – thinking about his work in the same way Antonio Conte and Jose Mourinho obsess about football 24 hours a day.

From the moment he wakes up he’s glued to his phone, immediately starting to have calls and sending messages to check with agents and directors.

“Every day you have a new contact and you can meet new people involved in transfers. In Italy if you go outside to the restaurants or to hotels you can always get some news and get to know some people.

“Having the right relationship is the key. If you have a good relationship with people in football and the transfer market, you are on the right way. You respect them and they will give you respect back.

“I have some that I trust one hundred per cent, just because I’ve known them for many years and they know I would never create them a problem.

“I take the risk that another journalist can deliver the news and I lose the breaking news, but I have to be respectful with my friends.

“At the same time I say to them, ‘You always have to tell me the truth’ so it’s a matter of respect. I have a great relationship with many agents and I am trying to go outside of Italy, in England and in Spain.

“If you get something fake, for example with some player denying a move, the day after you have ‘died’. One day you are the king and tomorrow morning you have ‘died’. You have to be honest with the people.”

Honest and integrity is what Romano is all about. His approach to journalism is a simple one: be accurate rather than be first to the news.

He said: “It’s impossible to always be first, covering the Premier League, La Liga, Serie A and Bundesliga. My target is to be correct, so that people are like, ‘When I see something from Fabrizio, I know it’s really happening.’

“I don’t want to sell fake news, it’s not in my mentality. It’s impossible to always be correct in the transfer market. If you cover just a team I think it’s easier, you can know the president, the director, some agents, the players. You can do it on a top level.

“On my level you have to be always ready to check with agents, directors and intermediary agents. This is good because you can speak with many people but this is also crazy because you can need to send a lot of messages.

“I never want to sell dreams, just explain what is really happening in the transfer market. It’s not about me. It’s not important who I am, what is important is what I am doing.

“I feel a big responsibility but it’s not about me or Gianluca Di Marzio, we are a team and we work together. That’s why we are strong, like a team in football. Football and the transfer market are so similar.”

While he’s quick to point out that it’s the work that matters most, Romano has grown into something of a cult hero thanks to the “here we go!” catchphrase you’ll find on all of his tweets when a transfer is happening.

“I have to be honest I don’t remember exactly the move but two years ago I was talking about Manchester United, I remember.

“There were many updates about the same transfer because top clubs work like this; to take a top player you have to wait a bit and you have good and bad moments. You need time.

“I was tweeting day by day about this news and then when the deal was done, I tweeted ‘OK here we go!’ – finally it’s finished and it’s a done deal.

“Immediately people go mad with this ‘here we go!’ so the day after when I was talking about other clubs like Tottenham and Real Madrid, everyone was going, ‘Say here we go!’

“I like it. I was not planning anything about a brand or something like that because it’s not in my style. The fans gave me the ‘here we go!’ brand. It was absolutely casual.”

He’s anything but a celebrity yet he’s regularly pestered by supporters desperate to know who they are signing.

Replying can be tedious and tiresome but Romano loves every bit of it.

“It is my favourite part. It’s impossible to answer everyone but I try to answer as much as I can, if they message me on Instagram or Twitter about a transfer.

“I try to answer every day because for me the feeling with the people is so important. I know what it means to be a football fan. I don’t feel like a star, I am a normal guy giving transfer news and I love football too.

“When you see people asking for news about their player or club and you give them the news and they are buzzing, I really, really love this feeling.

“Without fans the transfer market would not be so important. Seeing how they react to transfer news, I think it’s the most beautiful part of my work.

“Manchester United fans this summer have been sending me millions of messages about Jadon Sancho. For them I hope he will come but I think it’s difficult.”

By now we’ve come to expect the unexpected when it comes to the transfer window. Romano never thought we’d see Cristiano Ronaldo in Serie A, while Ever Banega to Inter Milan from Sevilla was another transfer that surprised him the most.

On the flipside, there is the reality that sometimes deals fall through when all seemed done and dusted.

Players change their minds at the last second; medicals can be failed and negotiations stall.

Adrien Rabiot’s mooted move to Barcelona not materialising despite a complete agreement, and David Silva turning his back on Lazio in favour of a return to Spain, are the two examples Romano uses to underline how quickly things can change.

“The free agents are the most dangerous players because they can change their mind at the last minute. It can happen where the player, with his family, can say, ‘OK tomorrow morning I will change, I want to go to another country’ and they can do it immediately.

“That is the beauty of the transfer market. If you want something else I always say play Career Mode on FIFA or Football Manager where you have two minutes and you sign the player no problem.

“In real life transfer news you have to understand that something can happen. It’s part of the game and you have to accept it.”

Extended because of COVID-19 disrupting the season, this year’s transfer deadline day will take place on 5 October. Jim White will be busting out his signature yellow tie and Romano will be hard at work finding out all the goings-on.

With it less than two weeks away, just how stressful is the final day of the window for someone in his position?

“It’s more difficult when you cover worldwide transfer news I have to say. If you cover the transfer market in Italy, the last day isn’t exactly like it is in England. In Italy, the top clubs work before the deadline and it’s the mid-table clubs who go to do the last deals.

“The top clubs like Inter and Juventus are not buying any players on the last day, it’s not our mentality.

“So the deadline became crazier for me when I started to cover Premier League transfers and European football transfers in general.

“I remember last January we had the [Odion] Ighalo one. He was in Milano with his agent, at lunchtime he told me he was waiting for Tottenham and then it was a done deal with Manchester United.

“Anything can happen so that’s why I always try to focus on England and the Premier League transfer market on deadline day.”