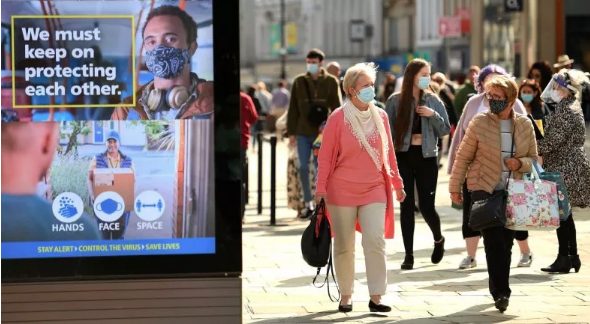 Between September 7 and September 13, Europe reported 323,536 new COVID-19 cases, according to the latest report Thursday from the WHO.

Several European nations are imposing tighter restrictions and discussing new safety measures to be introduced to combat the recent rise, from further limits on public gatherings to local lockdowns.

Fears over a second wave of the outbreak across Europe were raised as WHO Regional Director for Europe, Dr. Hans Henri P. Kluge, warned Thursday: “We have a very serious situation unfolding before us.”

Kluge confirmed weekly case totals had surpassed levels seen during the first peak of the outbreak in March.

“Although these numbers reflect more comprehensive testing, it also shows alarming rates of transmission across the region,” he warned, adding the latest figures “should serve as a wake-up call for all of us.”

Noting the effectiveness of lockdown measures implemented in previous months during the spring and summer, Kluge said: “In June cases hit an all-time low.

“We have fought it [the outbreak] back before and we can fight it back again,” he added.

Kluge’s latest remarks follow his warning earlier this week, which noted the death toll in Europe is expected to get worse in October and November.

“It’s going to get tougher. In October, November, we are going to see more mortality,” he said.

Below are some of the latest restrictions that are being imposed in parts of Europe to curb the spread of infection.

The U.K. has reported a 127 percent increase in new cases per 100,000 people fortnight on fortnight, according to the latest report Friday from the WHO.

The country has drastically reduced its ceiling on public gatherings from no more than 30 people to six individuals from Monday.

“Limits on the number of people you can see socially have changed. From Monday 14 September, when meeting friends and family you do not live with (or have formed a support bubble with) you must not meet in a group of more than six, indoors or outdoors,” the U.K. government announced.

“This [violating the new rule] is against the law and the police will have the powers to enforce these legal limits, including to issue fines (fixed penalty notices) of £100 [$130], doubling for further breaches up to a maximum of £3,200.

“The rule applies across England and replaces the existing ban on participating in gatherings of more than 30 and the current guidance on allowing two households to meet indoors.”

New rules banning people from different households from meeting in homes or private gardens, as well as reduced opening hours at pubs and restaurants, were announced in parts of the Lancashire, Merseyside, Midlands and West Yorkshire regions of England.

British Home Secretary Priti Patel noted: “Across the country, we have all made enormous sacrifices in the fight against coronavirus. However, the recent rise in cases makes it clear that more needs to be done to stop the spread of this disease.”

Weekly case totals in France have been steadily rising every week since late June, according to the latest figures from the WHO.

Last week, 32 schools were closed in the country and students from 524 classes were reportedly sent home due to the spread of the virus, the French education ministry confirmed to Euronews.

French Prime Minister Jean Castex announced last week that new measures would be introduced to combat the recent rise in cases. Castex said: “Our strategy is not changing. Fight the virus without putting aside our social, cultural and economic life, the education of our children and our capacity to live normally.”

Several stricter measures were announced in Bordeaux this week, including a ban on gatherings of more than 10 people in public parks, along the city’s river and on beaches. Private family gatherings, including weddings, were also limited to a maximum of 10.

Public consumption of alcohol was also banned in Bordeaux, while cafes and restaurants are no longer allowed to serve standing patrons. The venues are also forbidden from playing music outdoors. Dancing is also banned in public venues, including during weddings.

Large public gatherings were limited to no more than 1,000 people, while funfairs, antique fairs and neighborhood parties were also banned.

Similar restrictions were also imposed in Marseille this week, with any bars and restaurants violating the overnight curfew or serving standing customers to be closed down.

School trips were suspended and student parties were banned, while events and shows in public halls, tents and sports arenas were restricted to 1,000 people, who must be seated and socially distanced.

Tighter measures were introduced in France from earlier this year amid rising cases.

Since July 21, wearing a face-covering in closed public spaces has been mandatory. From August 10, those aged 11 and above in Paris have also been required to wear a mask in busy outdoor areas.

Over a hundred riot police officers were deployed in the Marseille region of southern France this week to enforce mask mandates, which are now being issued for outdoor areas in several parts of the country. 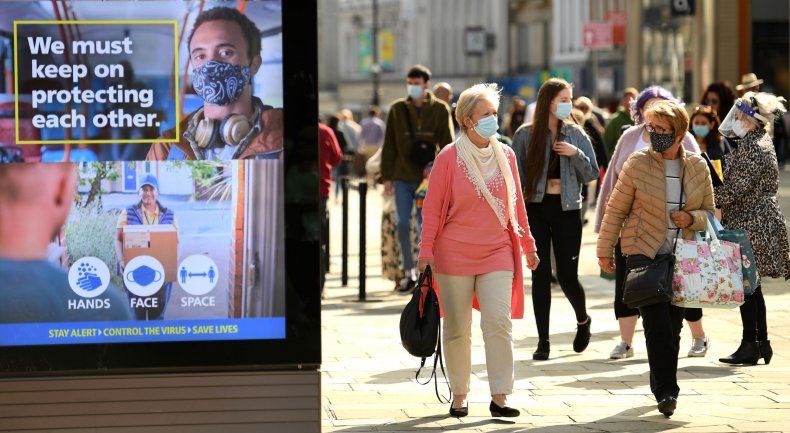 New restrictions in Spain are expected to be unveiled Friday and likely to go into effect from Saturday or Monday.

Several districts in southern Madrid and a few areas just outside the Spanish capital have reported over 1,000 cases per 100,000 people, much higher than the national average of 285.

The country was reported to have seen 20,987 new infections and 138 deaths from the virus in the past seven days.

The Spanish government was reported to be working on introducing several new measures “to restrict mobility and reduce activity in certain areas…where the virus is most-widely transmitted,” according to Madrid’s regional health chief Antonio Ruiz Escudero.

Escudero said: “The reality of the epidemic in the community of Madrid is getting worse and we need to make greater efforts.

“We are in a situation of sustained growth (in cases),” he said, noting it is “necessary and urgent that the Spanish government get involved, and that means decisively, in controlling the pandemic.”

Spanish Minister of Health Salvador Illa added: “We have to do whatever is necessary to control the situation in Madrid.”

New measures in the Netherlands are expected to be announced Friday for parts of the country including Amsterdam, Rotterdam, The Hague, Delft and Leiden.

New cases per 100,000 people in the country were reported to have increased by 111 percent in the past 14 days, according to the latest report Friday by the WHO.

Dutch Health Minister Hugo de Jonge said, “There is no single solution to reduce the number of infections. We want to hit the virus hard, but keep the impact on society and the economy to a minimum.”

Some of the new measures reportedly in discussion include a curfew in Amsterdam and restrictions on opening times at cafes and bars, where student patrons were reported to be a source of recent outbreaks.

Microbiologist Marc Bonten, a member of the Dutch government’s coronavirus advisory team, told Dutch broadcaster Nederlandse Omroep Stichting (NOS) that with the virus spreading quickly among those aged from 18 to 25 in social settings, “it would be logical to step up enforcement there or bring in new measures to limit them.”

The novel coronavirus has infected over 30 million people across the globe since it was first reported in Wuhan, China, including 6.6 million in the U.S. Over 946,700 people have died following infection, while more than 20.5 million have reportedly recovered, as of Friday, according to the latest figures from Johns Hopkins University.

The below graphics, also provided by Statista, illustrates the spread of COVID-19 cases in counties across the globe. 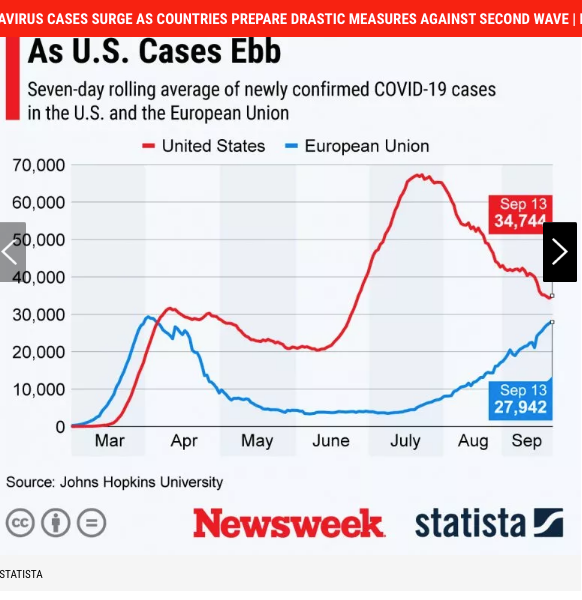 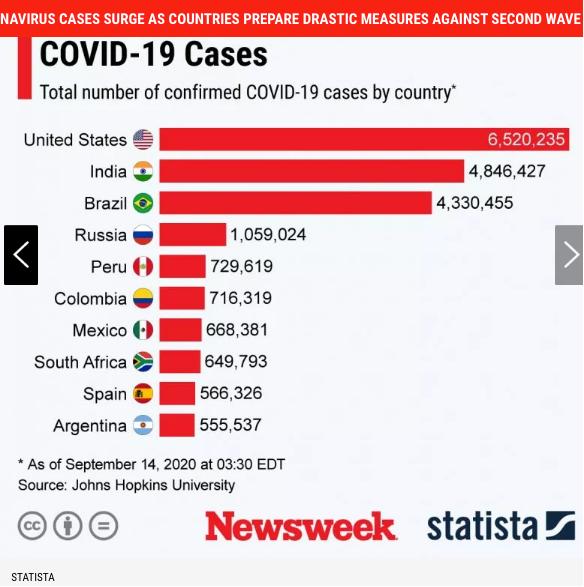 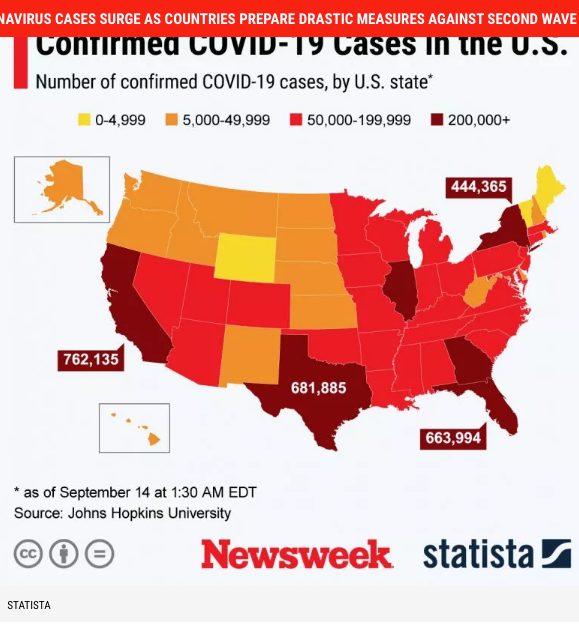