Home Economy/Business Finance Does Somalia Have a National Currency? 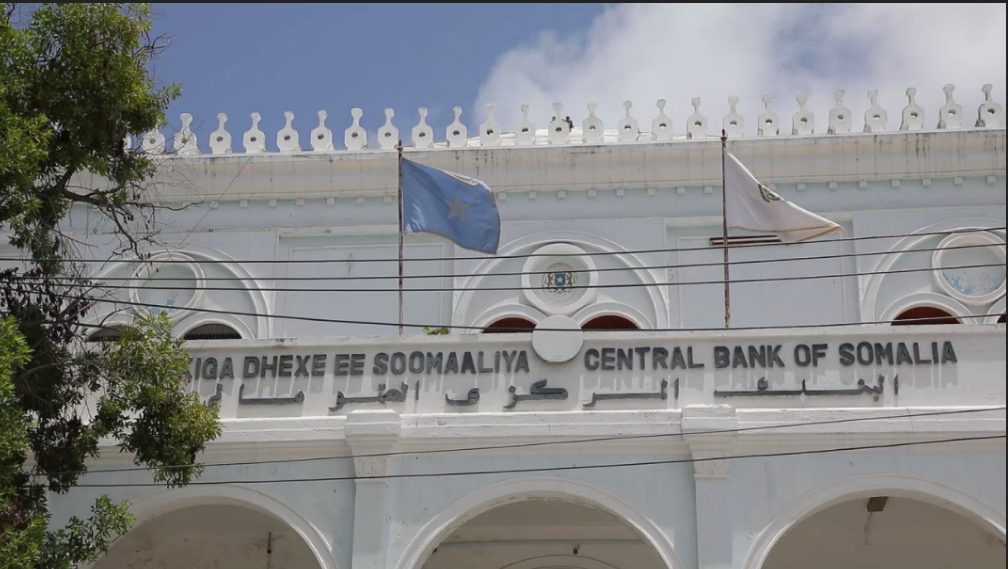 The absence of policy-making on the shilling reform, and the continuing failure to recognize its importance, is illustrative of the wider failure of thinking and leadership at the Central Bank of Somalia.

A central bank is one of the very few institutions of government whose importance is critical to both a country’s economy and the livelihoods of its citizens. For a country battling real and deeply-ingrained economic, financial and now health issues, the role of the Central Bank of Somalia (CBS) has never been more important.

A country’s currency is also the vital artery of the economy and critical to economic development. Somalia’s national currency – the “Shilling” – is largely counterfeit and the CBS has not officially issued any new currency denominations for 30 years. The ruinous economic consequences of a dollarized economy on the lives and livelihoods of millions of Somalis is well-noted, making the case for reform both urgent and overwhelming.

Six years ago, the first phase of the currency reform programme started, but was quietly shelved a couple of years ago. Today, Somalia is still unique in the world as the country that has a recognised government but not a national currency.

The CBS is an institution that held great promise, but delivered very little. Allocations based on high politics meant the talent gene pool from which the bank’s senior leadership is drawn is limited to the 4.5 quota. It is a process that naturally excludes good talent and attracts those who see the CBS as a gateway to taking up positions without doing anything.

The consequence of this was that, for many years, the CBS begun to look more zombified caught in an institutional stupor unable to implement any reforms effectively, and failing in its economic and financial stability duty when it was most needed. Currency reform was another item in a long list of critical failings that stretches back over a decade.

That is why the proposed reform to the bank that was mooted last year was a step in the right direction. At the time, I warned against the “widely accepted model of no accountability” and the need for “appropriately rigorous structures of checks and balances that prioritised measurable objectives”. In other words, there was a need to hold those at the top of the CBS accountable for the delivery of the core reform priorities vital to the country’s economic progress.

A year and half later, there is new leadership at the CBS. However, the dial has not shifted on any of the important reform programmes, and the country is nowhere near getting a new national currency. We may well ask why.

The right expertise and tone at the top?

The CBS’s most senior executive is its Governor. The governor’s good leadership is instrumental in achieving the bank’s objectives and sets the right tone at the top. The governor also needs to have a realistic understanding of the scale and complexity of the challenges the bank and the economy face; be able to think clearly on how to deliver difficult reforms; and work with, and through, others to see through the institutional changes needed to make the bank fit for purpose. It is not the sort of role where one hopes to learn on the job.

The unexpected elevation (in early 2019) of the then prime minister’s close friend and advisor to the governorship position was of course a consequence of political consideration, and created an obvious credibility question mark at the top of the CBS. The lack of relevant industry expertise besides, there was also particular unease whether the new governor had the gravitas and the strong leadership qualities with the necessary authority and influence to drive through the difficult changes the CBS desperately needed.

The CBS has also taken on new Non-Executive Directors (NEDs). Bringing expertise together to provide credible oversight that improves governance is long-overdue and of course a good thing. Recent re-organisation (as part of the debt-relief benchmarks) of roles and responsibilities in the functions of the bank means individual executive directors are now in charge of relevant function areas which should make accountabilities clearer. This is all to be welcomed.

However, much of this change, as was indeed the case in the past, is happening in a vacuum and is largely form over substance. Take the example of the current NEDs whose role is vital to the proper functioning of the bank’s governance framework. They have yet to publicly set out the purpose and performance objectives of their roles; the extent of the oversight over the delivery of the bank’s key strategies; the link between the investments the CBS is making into people, processes and systems and expected benefits; and how key material risks impacting the bank’s work will be mitigated.

The other, and most consequential, reform item on the bank’s to-do list was (and still is) currency reform. Despite the leadership changes, the CBS is yet to develop a thought-through currency reform strategy; and a diagnosis of the key economic and financial challenges to be prioritised and addressed for the reform to happen successfully.

These are all clearly important in order to create good confidence in the wider public and ensure the changes sought through the bank’s strategy are rigorously scrutinised and there is good accountability for the delivery of the country’s core priorities. The absence of clear purpose and strategy mean it is impossible to know whether there is credible oversight at the CBS, and indeed if bank’s delivery is aligned with the country’s reform priorities.

These notable weaknesses in the quality of the bank’s leadership and sense of direction are not particularly encouraging. The continuing lack of strategic direction and cohesive focus on outcomes, as well as absence of ambition in the bank’s overall strategy, is also deeply worrying.

That is why the failure of the both the CBS governor and the NEDs to recognise the critical importance of the Shilin reform is not surprising but was entirely foreseeable. It is merely illustrative of the wider failure of thinking and leadership at the CBS at a time when it is needed the most. This is clearly not good enough.

Get a grip and deliver

The counterfeit Shilin is still causing immense economic suffering for millions of Somalis across the country who are locked out of the dollarized economy. The issue has new importance too in light of the impact of Covid-19 and the need to deploy central bank monetary and fiscal levers to help the economy – a process that is impossible without a viable national currency. This is why competent leadership at the CBS matters a great deal to the realisation of the country’s economic potential, and the need to turn around people’s lives and livelihoods for the better.

For many years, the tenure and career highlights of the bank’s senior leadership was more notable for selfies from meetings and grandstanding on discussions about IMF debt-relief tick sheets. It is time for the bank’s governor and the NEDs to wake up from their collective institutional stupor, get a grip and deliver on currency reform without further delay.

Abdi Ali can be reached at abdirahman.ali3@gmail.com