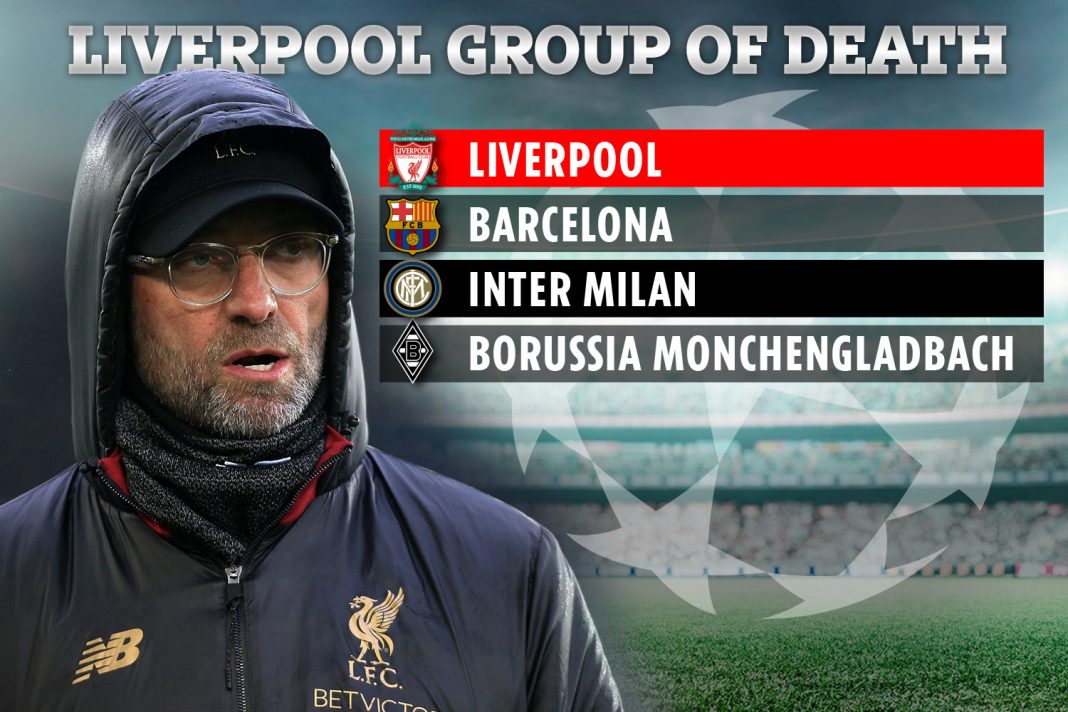 LIVERPOOL could be landed in the dreaded ‘group of death’ when the delayed Champions League draw takes place in Geneva tomorrow.

Jurgen Klopp’s side are the only English representative in the top seeding group, due to their status as Premier League champions.

The other three English sides – Man City, Man Utd and Chelsea – are all in the second group.

It means Liverpool have only five potential opponents from that pot, including Barcelona and last season’s knock-out conquerors Atletico Madrid.

While the final seeding pots will only be confirmed after tonight’s three remaining play-off ties, the Merseysiders could also find themselves with tough opponents from Pot 3, including surprise package Atalanta, Antonio Conte’s Inter Milan and emerging RB Leipzig.

Liverpool – labelled ‘sloppy’ in the 3-1 win over Arsenal by Roy Keane – would doubtless back themselves to go through in any event.

But their fitness levels and squad depth will be challenged like never before.

Klopp’s team will have to play six fiercely competitive European ties during the most congested season in history – possibly complicating their Premier League title defence as well.

The Champions League does not start until October 20 as a result of the pandemic and delayed season starts across Europe.

In order to cram everything in, it means the entire group phase will be played over just eight weeks rather than the usual 12.

Two blocks of three consecutive midweek Euro matches will be the new normal, split only by the November international window in which most nations will play three games, in addition to domestic Premier League games each weekend.

Klopp’s side crashed out in March after losing 3-2 at home to Atletico Madrid – a 4-2 defeat in all over the two ties.

That came in a wobbly two-week run for Klopp’s champs, who went out of the FA Cup, lost their 44-game unbeaten run to Watford and gave up their European title.