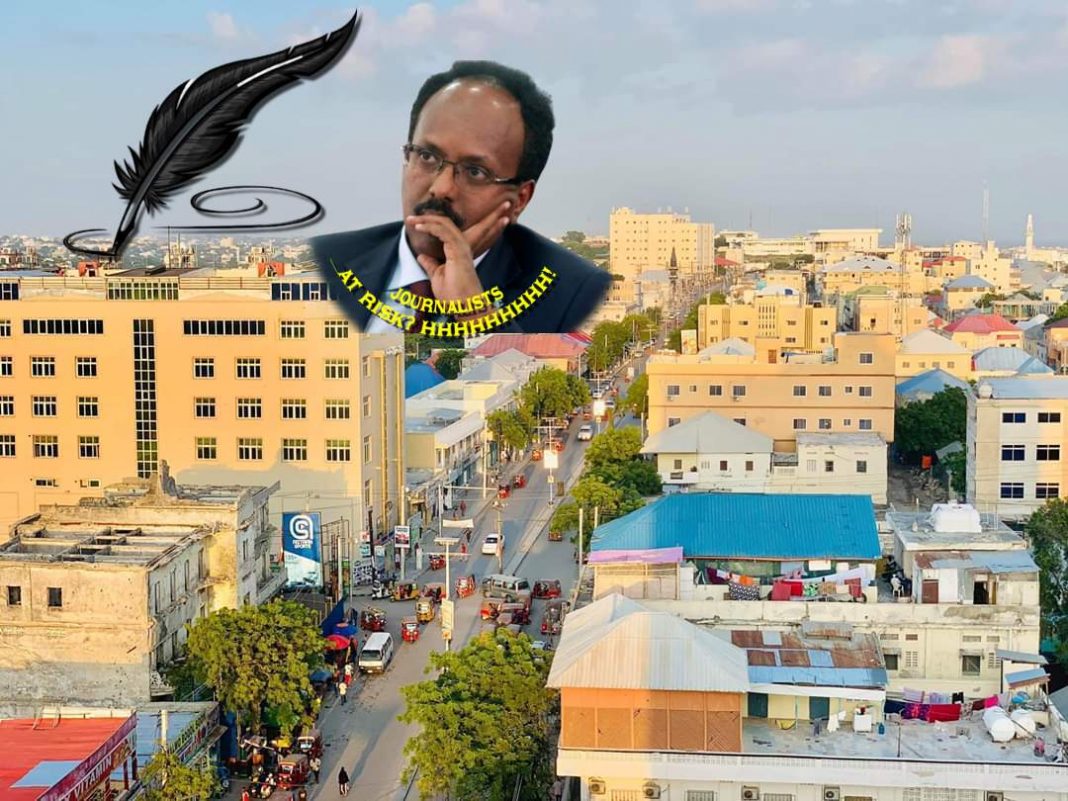 The Somali Journalists Syndicate, an organization that fights for media rights and freedom in the Horn of Africa nation, has come out against the president’s remarks against journalists.

President Mohamed Abdullahi Farmaajo was responding to questions at a public function Saturday when he called Somali journalists untrained and inexperienced. He also said some work for the terror group al-Shabab.

“Publicly linking journalists to terrorists without even providing single evidence this is a clear indication that the current administration of President Farmaajo in Somalia is very cruel to the journalists and the media,” said Abdalle Ahmed Mumin, the secretary-general of the organization. “During the past three and half years, violations against the press have increased to unprecedented levels.”

“We are very concerned and worried because [after] the statement from the head of state, attacks and violations against journalists and the independent media will be worse,” Mumin said.  “We are, however, calling on the international partners, including the United States of America to support and to improve the safety of journalists and encourage the Somali government to stop the human rights violations and abuses, including attacks on the press and journalists.”

Since 1992 at least 70 Somali media workers have been killed, 10 of them in the last three years.

The report said the attacks, along with harassment and intimidation, have entrenched Somalia’s position as one of the most dangerous places in the world to be a journalist.

Abdullahi Hassan, an Amnesty International Somali researcher, says journalists find it difficult if not impossible to do their job.

“Journalists are not allowed to interview government officials, including the president and other senior officials,” Hassan said.

“They have been denied access to the government buildings, the parliament, and Villa Somalia. Many journalists complained of a lack of accessing government information. They have also been shunning from controversial topics, especially issues of corruption and security. Journalists are not allowed to report from al-Shabab attack sites.”

This month the Somali government appointed a special prosecutor to handle crimes against journalists. This appointment is seen as a move to protect media workers.

In recent years, only 10 percent of attacks against Somali journalists have resulted in the attackers being successfully prosecuted.