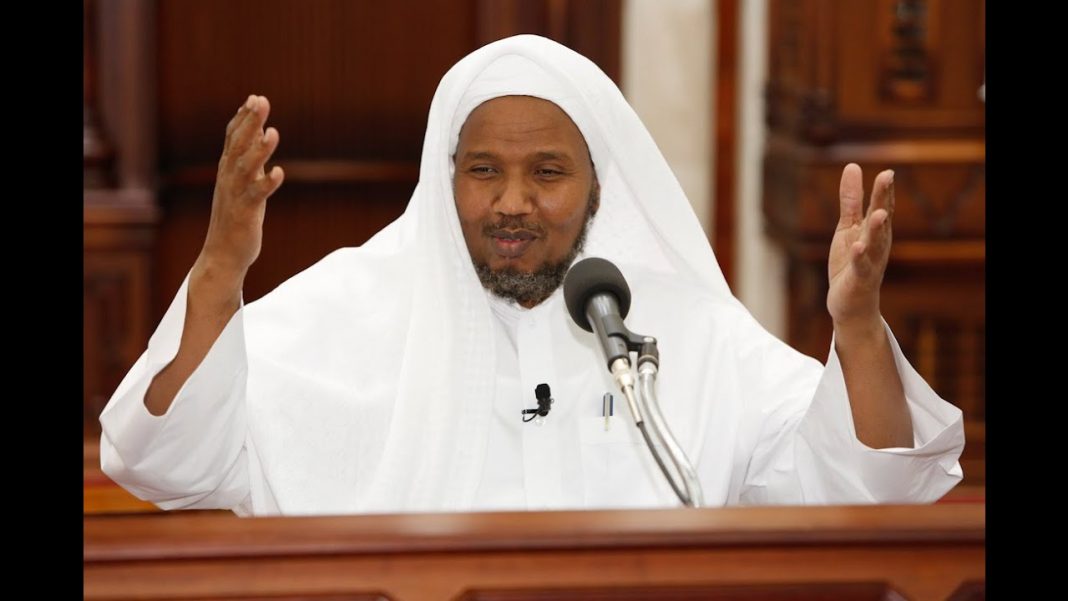 It was the first time in the ever-changing history of the church-turned-cathedral-turned-mosque that a Somali led prayers.

It is also the first time a foreign national prayers led prayers at the 6th century, Constantinople mosque which changed hands so many times since it was re-opened as a mosque exactly the same day, today, three months ago.

Hagia Sophia was first built as a church at the then Byzantine capital of Constantinope in 537. n 1453, after the Fall of Constantinople to the Ottoman Empire, it was converted into a mosque.

Sheikh Abdul Rashid is a most sought after scholar and a reciter of the Quran whose reading style attracted millions of Muslims around the world. The reverence he holds among Muslims far transcends his Somali roots. He is treated as royalty wherever his frequent teachings lead him internationally.

He is currently on visit to Turkey.

Sheikh Abdul Rashid was born in 1964 from a scholarly family. His father, Sheikg Ali Suufi, was also a famous scholar and reciter of the Quran in the old Somalia.

It was converted into a museum in 1934 during Mustafa Kemal Atatürk’s reign as part of his reforms and constitutional amendents defining the relationship between the state and religion. On July 10 2020, Turkey’s administrative court, the council of state, ruled to annul the 1934 decree. Later that day, Turkish President Recep Tayyip Erdoğan signed a presidential decree turning the Hagia Sophia back into a mosque and opening it as a place of prayer and worship.