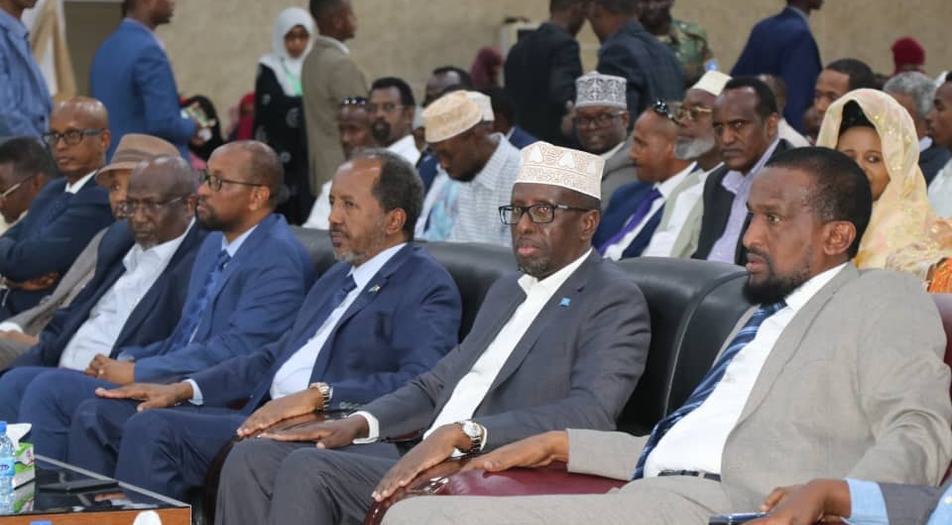 The controversy surrounding the appointment of key electoral committees in Somalia deepened on Sunday after top presidential contenders rejected the teams.

In a joint statement, 12 candidates said the electoral implementation committees named were a “robbery and looting” and could jeopardise the credibility of the polls.

“We hereby declare that the selection and appointment of the members of the commissions are not in accordance with previous political agreements, state principles, the FGS Constitution and other laws of the country, and we will not accept to be part of a rigged electoral process. and rigging elections that clearly contradict Articles 11 and 12 of the Constitution and the general principles of public representation, ” a statement from the Forum for National Parties read in part.

The FNP also said that the Somali government has no legal authority to appoint members of the electoral commissions from the two houses of parliament from the northern regions of Somaliland and that this is a violation of the country’s representation and balance system.

“The National Parties Forum calls for the 2016 election process to be conducted in the same way as for the seats and the nomination of members of the Electoral Commissions in Somaliland and for the Speaker of the Upper House to lead and appoint Electoral Commissions and Dispute Resolution as one of the country’s top leaders,”

The National Parties Forum stated that the President and the Prime Minister will take responsibility for anything that may lead to disputes and disputes that cast doubt on the independence of the Committees and the outcome of the Somali Parliamentary elections.