Home Somaliland To Recognize Taiwan, Is the United States looking at a ‘Somaliland Model’? 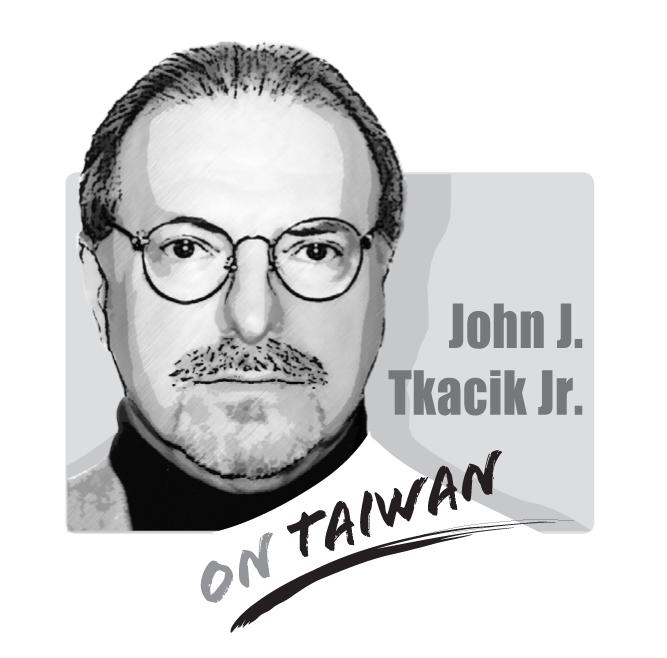 Somaliland has more right to call itself a country than Somalia. In 2020, Somaliland is a model of African stability and relative democracy in contrast to terrorism-riddled Somalia

“Taiwan has not been a part of China, and that was recognized with the work that the Reagan administration did to lay out the policies that the United States has adhered to now for three and a half decades, and done so under both administrations.”

Now, I am quite certain Secretary of State Pompeo did NOT make that statement last Thursday (November 12) out of the blue. He was not “winging it.” Indeed, it seems the Secretary had prompted the interviewer, his old friend Hugh Hewitt, to ask about “crazy talk among the most radical elements of the CCP [Chinese Communist Party] that Taiwan ought to be retaken by force if necessary.” Mr. Hewitt is a Harvard educated lawyer with extensive experience in Republican Administrations going back to the Reagan Administration. Hewitt’s question centered on America’s “bipartisan commitment” to Taiwan’s defense.

Secretary Pompeo then delivered his three “must-air” points on Taiwan: 1) Taiwan is not part of China, 2) this policy dates to the Reagan Administration, and 3) it is bipartisan. “Both parties,” Republicans and Democrats, agree, and it is a commitment that will continue as long as “Chinese and Taiwanese can’t figure their way through this.”

It is a policy that only a US secretary of state may utter publicly; it has been unstated US policy for more than four decades. Taiwan’s government need say nothing at all. China’s declarations that “Taiwan Independence means war” are now countered by a “Pompeo Doctrine” that “war means Taiwan Independence.” But can Taiwan have “independence” without actually declaring independence?

Some seventy years ago, in his book The International Law of Recognition, Professor Ti-chiang Chen (陳體強) asked, “supposing two states, neither of which is recognized by any third state, recognize each other, can they both claim to be subjects of international law?” Prof. Chen said, “yes, they can!” Professor Chen has been proven correct.

Just two months ago, the Republic of Somaliland’s Ambassador, Dr. Mohamed Omar Hagi Mohamoud, formally opened the Somaliland mission in Taipei. There was oblique attention to the fact that Somaliland did not recognize the “ROC” but only “Taiwan.” A few weeks before that, Taiwan opened its formal diplomatic office in the Somaliland capital of Hargeisa. It, too, is Taiwan’s only overseas office with a formal diplomatic designation as “Taiwan Representative Office.”

Taiwan must step cautiously as it seeks to persuade the international community of its “personality” without causing battle with China.

Of course, Taiwan must have self-defenses sufficient to deter Chinese military action. I am not sure how Taiwan can proceed without first having a credible ability to inflict tremendous casualties upon any invading or infiltrating enemy. My fellow “On Taiwan” pundits stress this almost weekly. China too will work to subdue Taiwan psychologically through intimidation and economic strangulation. To resist, Taiwan must keep strong relations with partners across Asia and the Indo-Pacific. I note that the US Marines arrived in Taiwan last week for joint US-Taiwan counterterrorism drills, certainly a warning flare to China that America’s commitment to this Western Pacific partner is solid. Those Marines, by the way, celebrated the 245th birthday of their faithful corps in Taiwan. I wish I had been there.

Step Two: Taiwan is now assembling a solid identity of its own in the international community — an identity separate from China and separate from the international community’s relationships with China. The tricky part for Taiwan is to do this in a way that involves few active, positive moves by Taiwan that might repudiate prematurely its “Chinese” identity.

All Taiwan’s other “diplomatic allies” actually recognize the “Republic of China” rather than “Taiwan.”

The most straightforward way for Taiwan to be recognized in the international community as an independent nation — without taking the blame for it — is for other countries to recognize it as “Taiwan.” Then, how, and under what conditions, they recognize Taiwan as “Taiwan” becomes their problem rather than Taiwan’s. This might not be as intractable a problem as it seems.

It seems we now have two countries on earth that formally recognize Taiwan qua “Taiwan,” not as the “ROC.” Neither demands a precondition that “Taiwan” renounce its claim to being the government of all “China.”

President Jimmy Carter first recognized Taiwan as a “foreign country, nation, state, government,” in law with his “Memorandum to All Departments and Agencies” of December 30, 1978. Even before the United States “de-recognized” the “Republic of China” on January 1, 1979, Carter instructed the entire US government as follows: “…whenever any law, regulation, or order of the United States refers to a foreign country, nation, state, government, or similar entity, departments and agencies shall construe those terms and apply those laws, regulations, or orders to include Taiwan.” The 1979 Taiwan Relations Act gave permanent constitutional heft to this in Section 4(b)(1).

This formula was unambiguous legislative language to permit United States trade, cultural, security, defense and “other relations” with Taiwan to proceed unimpeded through the withdrawal of recognition from the “Republic of China.” The entire purpose of the wording was to ensure that Taiwan was not considered “part of China” nor under any kind of jurisdiction of the “People’s Republic of China.” Indeed, all US treaties and agreements with the “ROC” are deemed to have been contracted with “Taiwan,” and all laws in Taiwan are due all faith and credit under US law.

Moreover, the United States as a matter of law, doesn’t care what Taiwan calls itself formally or informally. Under the Taiwan Relations Act, the word “Taiwan” means:

Therefore, in a dictionary sense, the TRA is the formal acceptance in law by the United States of Taiwan’s separate existence as a “country, nation, state, government” in the international system.

The Act is, literally, a de jure declaration of United States’ recognition of Taiwan. The Obama-Biden Administration nudged the ball along with a new AIT chancellery and some discreet flag-raising, turning the American Institute in Taiwan into a major American embassy, with a “Chief of Mission” and consular officers. A Marine Security Guard “Detachment Taipei, Taiwan,” and all the normal ambassadorial bells and whistles. And, for the past week, a US Marine Raider Battalion has been training with Taiwanese marines near Tsoying.

The second country to recognize “Taiwan” is Somaliland.

Somaliland recognized Taiwan in the summer. Some quibble that “Somaliland” isn’t really a “country” despite its independent existence from “Somalia” since ethnic wars in 1991 and intermittent clashes ever since. Like Taiwan itself, Somaliland was born of civil war. It had colonial governance, laws, languages and currencies quite alien to its neighbor, Somalia, with which it had been forcibly united in the 1960s. Somalia’s oppression of ethnic minorities and political disenfranchisement of Somaliland sparked raging wars which left Somalia in ruins. Yet, Somaliland survived and thrived. By 2000, the United Nations secretary general described Somaliland as “by and large calm” in contrast to Somalia which “can be described as anarchic.”

Somaliland has more right to call itself a country than Somalia. In 2020, Somaliland is a model of African stability and relative democracy in contrast to terrorism-riddled Somalia — yet ironically, failed-state Somalia is recognized as an independent state in the United Nations with sovereignty over Somaliland! In international affairs, it seems, no good state goes unpunished by the ruthless ones. So, one appreciates why the Republic of Somaliland empathizes with Taiwan’s peculiar international status.

It would be interesting to game out a contingency where each state that now recognizes “The Republic of China” might over a period of years simply recognize Taiwan as “Taiwan.” The “ROC” government need do nothing at all “provocative.”

I suspect there would be a breaking point for Beijing somewhere. But if Taiwan, the United States, and our friends and partners in the Indo-Pacific do their parts, Taiwan will have a convincing deterrent by then. The current American president’s strategists have been mapping these contingencies out for the past three years. As Secretary Pompeo confirmed, the unshakable consensus among both Republicans and Democrats as a new Administration is poised for inauguration on January 20, 2021, is that their commitment to Taiwan is firm.

ohn J. Tkacik, Jr. is a retired US foreign service officer who has served in Taipei and Beijing and is now director of the Future Asia Project at the International Assessment and Strategy Center.