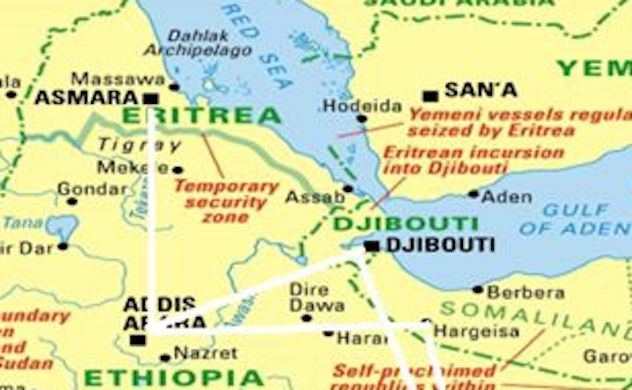 Abiy Ahmed is of the belief that Farmajo of Mogadishu can grant him a concession to build a naval station on Somaliland waters. His administration has fostered cordial relations with Asmara and Mogadishu..

According to FANA and other regional defense and security sources told Geeska Afrika Online, that  Ethiopia is working on the idea of building stronger maritime forces station in Eritrea, Djibouti and Somaliland 2021. According to BBC Africa desk,  When Eritrea re-gained its independence in 1993 from the Derg, the new Ethiopian federal government led by TPLF and EPRDF suddenly found itself without a coastline and so it took the logical step of disbanding its navy in 1992. after three decades (1992-2020), it is reconsidering its decision and its latest manoeuvres in the region suggest it could be shopping around its neighbourhood to find a naval base it can use, with the help of French government led by President Emmanuel Macron.

“Building an Ethiopian navy from the ground up is however a different kettle of fish – it would require massive financial investments and a lot of time to train the forces, as well as a base, since Ethiopia is a landlocked country.”

The Ethiopian Navy & maritime force base in Djibouti, Somaliland are geopolitical asset for Addis Ababa to fight against future armed political opposition groups.

“The Ethiopian armed forces has been building a security influence in Somalia, Somaliland, Puntland, Jubaland and Somaliland since the fall of central government of Somali republic in 199s,” according to the regional security & maritime expert, professor Nour kaafi, who also added that, France was aware that, the maritime jurisdiction deal agreed between Turkey and Somalia, which Turkish foreign office announced on its national maritime security brief,  ”Our deep ties with Somalia based on historic maritime and trade relations will continue to strengthen in the future.” 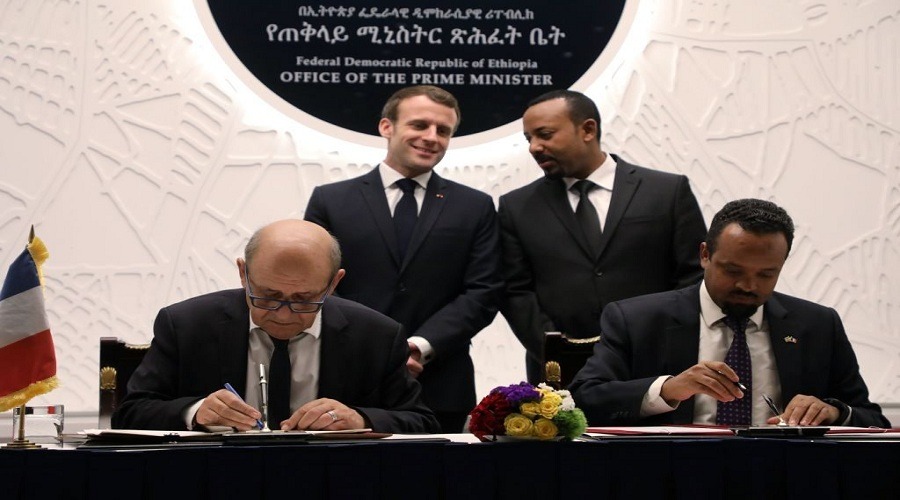 Regional Security reason: Mr Roba Megerssa Akawak, head of the state-owned Ethiopian Shipping & Logistics Services Enterprise, shared his view with Geeska Afrika Online in 1998,  that Ethiopia was concerned that Djibouti was controlled by foreign naval forces. US, China, Japan and France all have military bases there.

“Ethiopia led by Meles were afraid perhaps in the future that even Djibouti may not have its own say to really decide on its own fate, with also Somalia and Somaliland issues. This is quite a threat to Ethiopia,” Megerssa Akawak said. Prime Minister Abiy Ahmed recently said on state TV: “We built one of the strongest ground and air force in Africa, We should build our naval force capacity in the future. He added, “Twenty seven years after disbanding what was once a reputable naval force in Africa, in the years immediately before formal secession of Eritrea from Ethiopia in 1993, Ethiopia plans to rebuild it.

In an interview with state newspaper, Addis Zemen, Deputy Chief of Staff of the Ethiopian Armed Forces, General Berhanu Jula, says that Ethiopia is working on the idea of building stronger maritime forces. And it is going to be well trained and equipped with modern technology.

General Berhanu went on to say that it is a strategic decision as more countries, from Middle East and elsewhere, are establishing their naval bases in the region and that it is not in the right for a country with more than 100 million people not to have a naval base.

The Deputy Chief of Staff of the Ethiopian Defense Force is quoted by the ruling coalition’s social media engagement team as saying:

“We must show our influence around the sea. Different countries are coming from far and creating influences on the sea. We are a great nation with over 100 million people. There is no any reason Ethiopia remains landlocked.”

It was Prime Minister Abiy Ahmed who hinted first about Ethiopia’s desire to build a navy sometime in June of this year. His administration has fostered cordial relations with Asmara and Mogadishu as economic and security cooperation came to be a focus for the countries in the region following the end of a state of war between Ethiopia and Eritrea in the month of June. Eritrean President Isayas Afeworki is expected to arrive in Ethiopia for a third time and unconfirmed reports on social media say that Somalian President is joining Abiy Ahmed and Afeworki for a tripartite meeting.

The Imperial Government of Emperor Haileselassie established Ethiopian Navy as early as 1958, when most African countries were still under the yoke of colonialism, and it turned out to be one of the leading naval forces in the continent.

Under emperor Haileselassie Navy commanders were trained in the best naval academy in the United States.