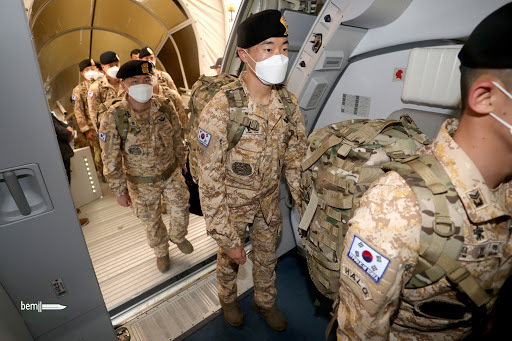 Military service exceptions or deferrals have been only given to international award-winning athletes and classical musicians in recognition of their roles in promoting the country’s reputation overseas under the existing law.

The parliamentary committee gave its nod to the government’s request to extend the overseas deployments of the anti-piracy Cheonghae unit in Somalia and the Akh special forces unit in the UAE until the end of 2021.

South Korea has deployed its 300-member Cheonghae unit off the coast of Somalia since 2009 as part of its contribution to global efforts to tackle rampant piracy in the region. The areas of its mission cover the Gulf of Aden and the Strait of Hormuz.

The 150-team Akh unit has been helping train special forces in the UAE since 2011.

The overseas deployments have been renewed each year via parliamentary approval. The extensions have to be approved through plenary sessions by the National Assembly for final approval.

[Ârticle is abridged for relevance to region)