SomTribune
Home World News/International Africa Trump Considering Pull out of 700 Troops from Somalia, Relocate Them Nearby 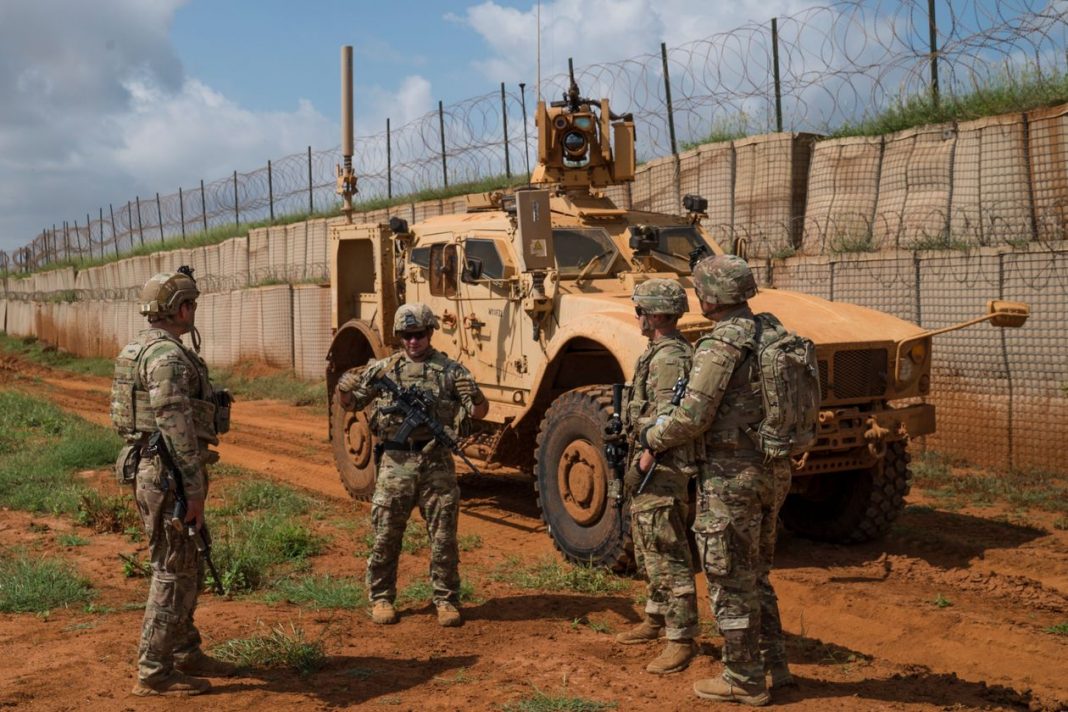 Relocation of 700 troops would shift course in Africa in waning weeks of Trump administration; move would follow troop cuts in Iraq, Afghanistan

The Trump administration is considering a plan to pull hundreds of U.S. troops out of Somalia, reposition them in neighboring countries and shift the focus of their mission from training Somali government forces to directly combatting the al-Shabaab militant group.

The roughly 700 troops stationed in Somalia would move to bases in Kenya and Djibouti and travel to Somalia to conduct shorter counterterrorism missions, primarily against al-Shabaab, a jihadist group allied with al Qaeda.

The planned move by the new acting defense secretary, Chris Miller, comes in the last weeks of the Trump administration and would effectively reverse the course set by his predecessor, Mark Esper. Mr. Esper favored drawing down U.S. forces operating in the volatile Sahel region of West Africa while maintaining the American presence in Somalia, according to a senior U.S. official.

It wasn’t known whether Mr. Miller has formally signed off on the change, but the troops could be moved as soon as early next year, defense officials said.

Pentagon officials said that while there are ongoing conversations, “no DoD decisions have been made” about the force posture on the African continent, a spokesman said.

This past week, the Pentagon said it would cut the number of U.S. troops to 2,500 each in Iraq and Afghanistan, just before Inauguration Day, leaving roughly half behind in Afghanistan and cutting the American force in Iraq by 500.

The largest concentration of American troops in Africa is in Djibouti, which abuts Somalia in the north. U.S. forces also train Kenyan troops across Somalia’s southwestern border.

The main goal of American forces in Somalia has been to train Somali soldiers, especially the country’s commando units, to become capable of fighting al-Shabaab on their own. U.S. forces also have conducted air strikes against the terror group’s leadership, but less frequently during the latter half of this year.

The last time that U.S. Africa Command, which is responsible for operations on the continent, said it conducted such a strike was Aug. 25. U.S. AFRICOM declined to comment about potential changes in force posture.

U.S. commanders have long stressed the threat that al-Shabaab poses to the U.S. But other officials argue that countering the group doesn’t require a permanent American presence in Somalia.

“At the end of the day, from Kenya and Djibouti, Special Forces, drones and aircraft can deal with any high-value targets that are a threat to the U.S. and its allies,” said the senior U.S. official.

Amid reports of a possible U.S. drawdown, Somali President Mohamed Abdullahi Mohamed—often known as Farmajo—said last month that his nation’s army depended on U.S. training and strikes to combat al-Shabaab.

“The United States military support to Somalia has enabled us to effectively combat al-Shabaab and secure the Horn of Africa,” the president wrote on Twitter. “A victory through this journey and for Somali-US partnership can only be achieved through continuous security partnership and capacity-building support.”

Somalia has been the setting for one of the longest-running conflicts in U.S. history. American forces deployed to the famine-wracked country in 1992 on a humanitarian mission, only to exit two years later after a running battle in the streets of Mogadishu left 18 Army Rangers, Delta Force operators and other U.S. troops dead.

An outbreak of high-seas piracy targeting American and other merchant vessels soon followed in the Gulf of Aden and Indian Ocean. Al-Shabaab rose amid the chaos and, for a time, controlled the capital.

In 2007, President Bush began basing small U.S. units in Somalia to combat the threat. President Obama increased the number of airstrikes against al-Shabaab targets, and President Trump escalated operations even further with additional commando teams and intensified air raids. He declared parts of the country “areas of active hostility” and authorized offensive operations by U.S. forces.

The Islamic State extremist group has a small presence in northeastern Somalia.

The original plan proposed under Mr. Esper envisioned a U.S. withdrawal from the Sahel, a semi-arid strip south of the Sahara where al Qaeda and Islamic State affiliates are carrying on a campaign of violence. That plan ran into bipartisan opposition on Capitol Hill and inside of the military.

By Nancy A Youssef and Michael A Phillips