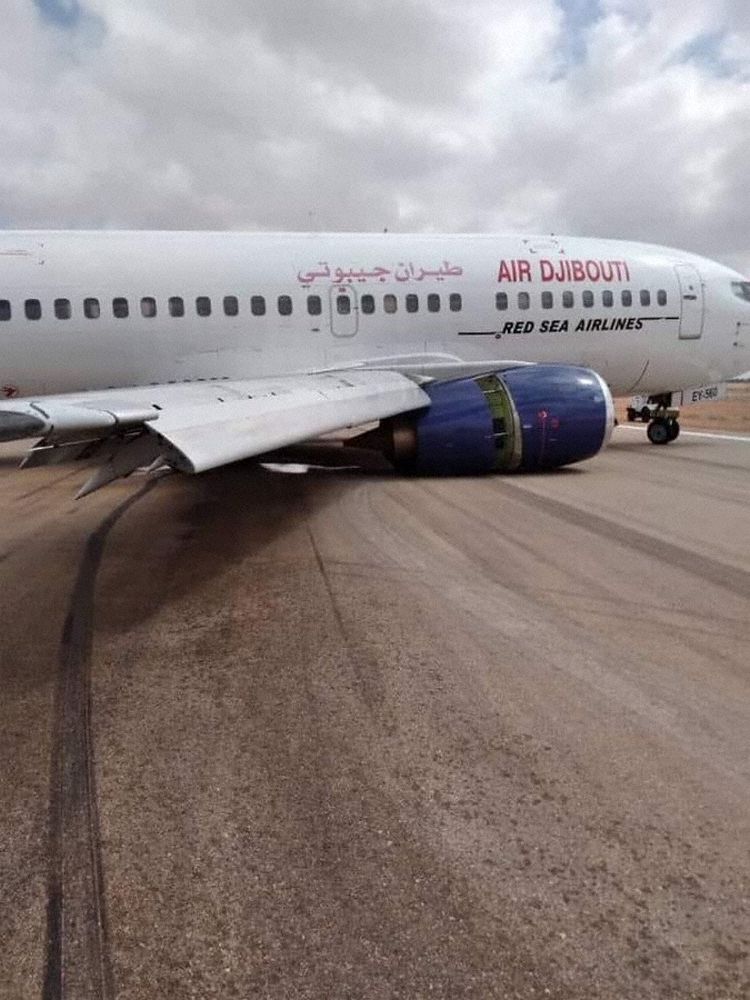 The reason for the crash was said to have been a failure of its landing gear. A side wheel failed to open while decelerating with the left-hand engine and the remaining two wheels bearing the weight before stopping within the runway resting on right-hand engine, left main and nose gear.

Air Djibouti came back to business in 2015 first as a cargo carrier, then as a passenger airline in 2016, after it stopped operation in 2002.