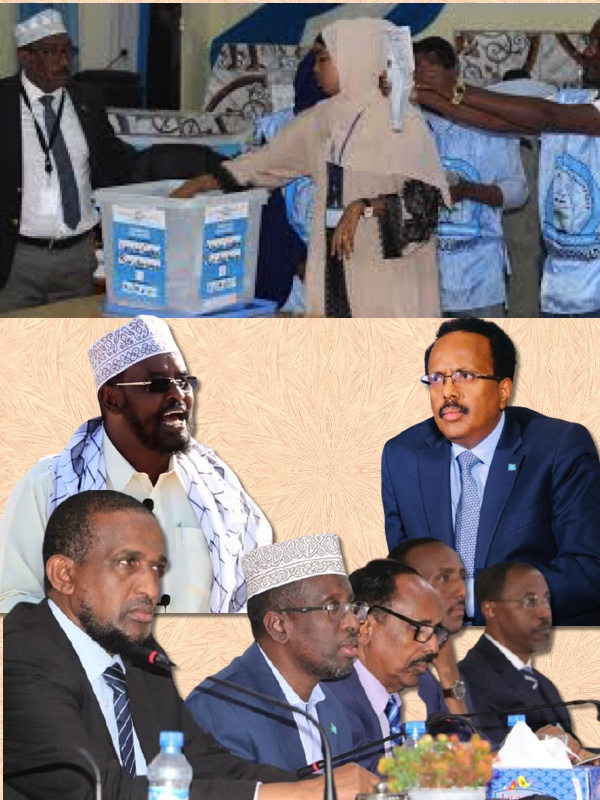 As the year 2020 comes to a close, people across the world are breathing a sigh of relief anticipating a better 2021. But for Somalia, a country transitioning from chaos to statehood, the worst of 2020 seems far from over.

Somalia finds itself once again at a crossroad due to the ever-recurring political disagreements over electoral processes.

The current contentious issues plaguing the country are: the composition of electoral and dispute resolution commissions and election procedures for Somaliland and Gedo regions, all of which continue to delay each round of elections.

There are those who view this election impasse as a new stumbling block for Somalia’s road to democratisation. Others see it as an opportunity to strengthen electoral structures and processes – key components for Somali state-building. And there are those who suspect incumbent President Mohamed Abdullahi Mohamed ‘Farmajo’ of wanting to subvert Somali nationhood to consolidate power.

Somalia has slowly been making its way back to the international community. But in order for it to continue in that trajectory, its state-building efforts must primarily be focused on providing citizens with basic functions and services, and ultimately meeting those obligations and responsibilities in a timely manner.

Looking at the ongoing election impasse, one could assume that the Somali political class lacks a shared understanding of what it takes to build a strong state. Stabilisation efforts in Somalia have yet to bear fruit due to the absence of a suitable political settlement that caters to the interests of all those involved.

READ MORE Somalia: Caught in the middle of a deeply divided region

The current election stand-off is merely a repeat of the 2016 debacle. But since then, no lessons were learned and nothing has been done to improve the Somali election structures and processes says Hussein Sheikh-Ali, the executive director of  Hiraal Institute, and a former national security advisor to the current president. Namely President Farmajo failed to achieve universal suffrage, though he never lacked support to implement that during his tenure, and this has led to a political deadlock.

“Who knows, maybe it is a deliberate move by Farmajo to preserve his stay at Villa Somalia” says Sheikh-Ali, who is also a former operative of Somalia’s National Intelligence and Security Agency (NISA). In response, the Somali political elite have come together under the banner of a united opposition and are going against Farmajo. “Resolving this impasse might require intervention of the international community,” says Sheikh-Ali.

Gedo is part of the Jubbaland administration and shares a border with Kenya. It’s also one of the two places in the Jubbaland that is planned to take place in the upcoming parliamentary selection but Jubba land president Ahmed Madobe insists he will not hold elections there until the Somali Federal government forces that were deployed in this region some time ago, But the Federal government insists that these forces are necessary in guarding the border towns with Kenya.

Jubbaland maintain good ties with Kenya though the Somali Federal government considers Madobe as merely a puppet administration for Kenya.

With regards to Somaliland, MPs from the self-declared independent state represent Hargeisa at the Somali federal government in Mogadishu. However, the speaker of the upper house, Abdi Hashi – also from Somaliland – has accused Farmajo of securing their support in return for preferential treatment to the advantage of Hargeisa.

A notable event that shaped the ongoing impasse was the November 2020 Mogadishu meeting by presidential candidates and the joint communiqué they issued afterwards demanding the urgent removal or resignation of the National Intelligence and Security Agency Director, Fahad Yasin.

According to the opposition candidates, the NISA Director has taken on the role of chief campaigner for the incumbent president. In doing so, he has lost any credibility to continue heading the state security agency.

The presidential hopefuls also voiced their disapproval of the electoral commissions, including the above-mentioned issues of Somaliland and Gedo.

By Mohamed Sheikh Nor